The Dominican Republic, a very Catholic Caribbean country, has been organizing its great National Carnival parade in the streets of the capital, Santo Domingo, for years, even if Lent has already begun.

As in several other Caribbean islands, in the Dominican Republic the decision to celebrate the National Carnival with great pomp was taken at the last moment. The countdown really started when President Luis Abinader announced, on February 16, 2022, the lifting of restrictive measures (mask, vaccination card, etc.) adopted to fight the spread of Covid-19.

However, several regions had already announced their intention to celebrate their carnival despite the epidemic and with health measures. In summary, in February, several cities thrilled with costumes and music. For example, La Vega brought out, as every year, its “Diablos cojuelos” (limping devils) during the weekend of February 25 to 27; Bonao celebrated with its main character the “Macarao”; Cotuí showed its different characters (The “Damiselas”, “Platanuses”, “Papeluses”, Funduses etc.), last February 17.

On Sunday, President Luis Abinader, Minister of Culture Milagros Germán, and Minister of Tourism David Collado Morales will be present at the national parade to reiterate the commitment of the government to promote the traditions of the Dominican Republic as well as the development of creative industries in all regions. 10 000 revellers grouped in some 200 “comparsas” representing all provinces of the country are expected on the Malecón from 14:00. This edition of the 2022 National Carnival will be dedicated to the carnival of the island’s second city, Cotuí, which is one of the oldest and most creative. In this great parade, all the characters mentioned above will be present in addition to the “Guloyas” of San Pedro de Marcoris, the “Lechones” of Santiago, the “Califés” of Santo Domingo and many others…

Finally, several prizes for a total amount of 4 million pesos will be awarded : a “Carnival Grand Prize” (1 million pesos) and 20 prizes to “comparsas” and individual characters. 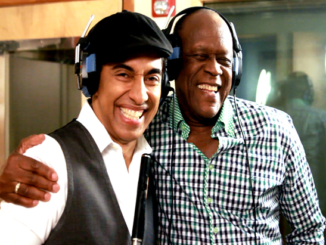