The Decree of December 18, 2020 communicated the list of French personalities nominated in the Order of Arts and Letters, among them are Caribbean people. 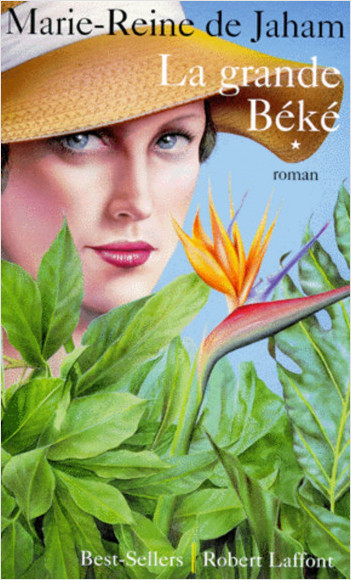 The Council of the Order of Arts and Letters, which met in plenary session on November 24, 2020 to examine the candidates’ files, delivered its verdict.

In this class of 2020 there are several personalities from the world of culture from the French Caribbean territories, Guadeloupe and Martinique.

Martinican writer Marie Reine de Jaham née Dulieux de Chenevoux was promoted to the rank of Commander of Arts and Letters (the highest rank). She is notably the author of the novel “La Grande Béké” published in 1989. In 1996, she was made a Knight and in 2013 an Officer of this order.

Martinican singer, Jocelyne Béroard, who has been working in the famous zouk band Kassav’ since 1983 was appointed Officer of Arts and Letters.

The director of Tropiques-Atrium, nationale Stage of Martinique, Manuel Césaire, is also among the lucky nominees. Originally from Martinique, this songwriter was decorated as a Knight of the Order of the Arts and Letters.

Other members of the musical band Kassav‘, which celebrated its 40 years of existence in 2019 and which is composed of Guadeloupeans and Martinicans, received the insignia of Knight of Arts and Letters. They are guitarist Jacob Desvarieux and bassist Georges Décimus, from Guadeloupe, as well as keyboardist Jean-Claude Naimro and singer Jean-Philippe Marthély, from Martinique.

Other Martinican cultural personalities were promoted to the rank of Knight of Arts and Letters : Élisabeth Landi (historian), Christiane Emmanuelle (dancer-choreographer) and Jean José Alpha (director and founder of the theatre company “Téat Lari”).

Instituted by the French government on May 2, 1957, the Order of Arts and Letters (ordre des Arts et des Lettres) rewards “those who distinguished themselves by their creation in the artistic or literature domains or by the significant propagation of arts and literature in France and in the world”. Managed by the Ministry of National Education, Youth and Sports, it was placed in 1959 under the supervision of the newly created Ministry of Culture, called at that time Ministry of Cultural Affairs, administered by the writer André Malraux. 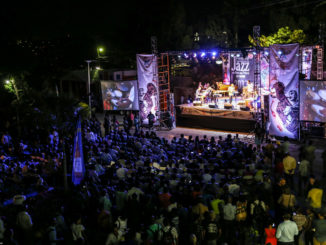 EHD: Marie-Line Bourguignon exhibited the objects of our past