Last January, the association “Agence Kultur’Tour” launched its first “Kino Kabaret”. This concept, created in 1999 in Montreal (Canada), allows the meeting of film professionals and film lovers in order to make short films on local topics and within a very short time limit. “Kino Guadeloupe” has already broadcast about twenty films during screenings in which more and more moviegoers participate. 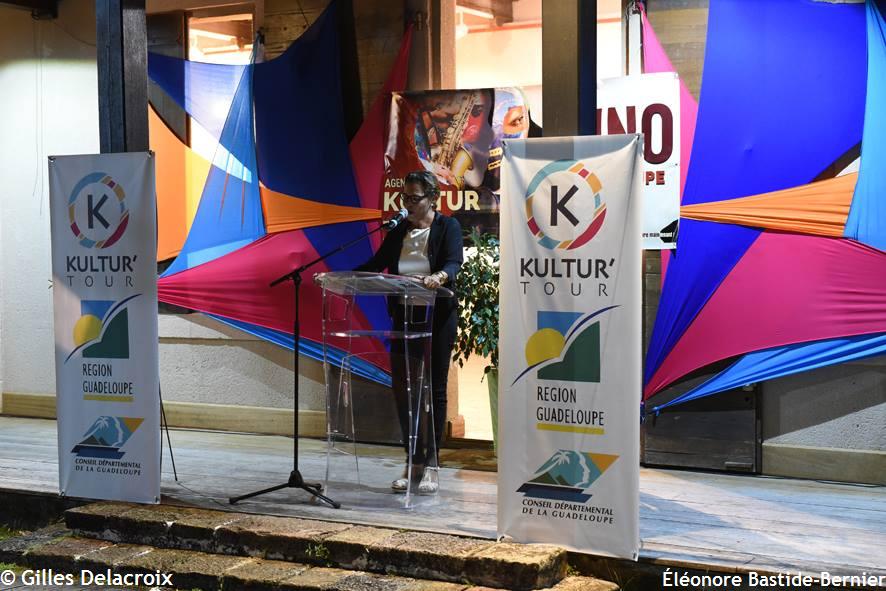 “To do well with nothing, to do better with few, but to do it now”, this is the motto of all the “Kino” cells that exist around the world. “To create to be broadcast” is the leitmotiv of the “Kino Guadeloupe” cell, this new space of micro cinema which aims to offer “a channel for an alternative film production and broadcasting” bringing together directors, producers, actors, technicians and amateurs.

Created in August 2016 by the association “Agence Kultur’Tour”, “Kino Guadeloupe” currently has about twenty members aged between 28 and 50 ; it is necessary to know that only the directors can become members of a “Kino” but around them gravitates a team of “kinoïtes”.

“In our association, “Agence Kultur’Tour”, established in October 2015, our goal is to promote all artistic disciplines (music, painting, theater etc.). As regards cinema, we wanted to move away from the idea of a festival. During our research on the Internet, we found the concept of “Kino” coming from Canada, we contacted the leaders and they explained to us how to build our case in order to join the network. What we really enjoyed in the “Kino” locally adapted, is it remains intimate, this competitive spirit as is the case for a festival does not exist and the productions are always broadcast”, said Éléonore Bastide-Bernier, president of the “Agence Kultur’Tour” Association. 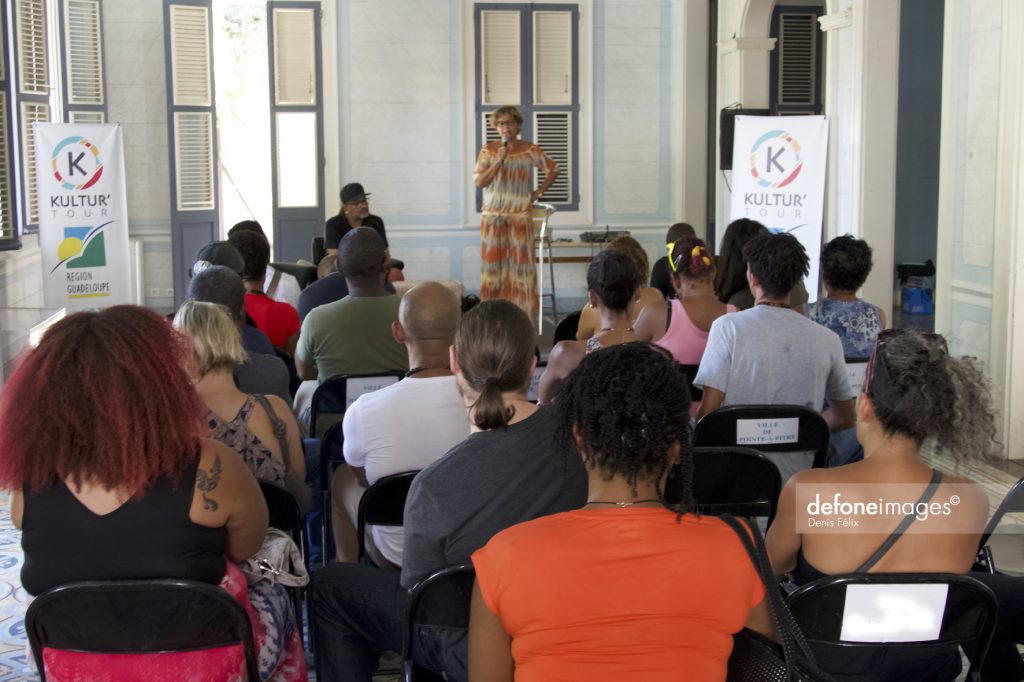 However, before arriving at the screening, steps must be taken. Participants must attend a major information meeting, the “Kino dating”. The themes are revealed a few weeks in advance to allow the preparation of the scenarios, the materials, the teams formation (actors and technicians) etc. Once the start is given, the director and his crew have two to three days to shoot and edit their film, this is the “Kino challenge”. The last step is the screening of all the short films on a large screen which takes place during a convivial evening, the “Kino Kabaret”; admission is free for spectators.

The launch of the “Kino Kabaret” took place last January at the time of the FÉMI, the Regional and International Film Festival of Guadeloupe. Indeed, in order to increase the visibility of this new event, the leaders chose to always organize it on the fringes of an established festival or a cultural event.

In the first edition which took place from January 28 to February 4 at the Fort Fleur d’Épée in the town of Le Gosier, the “kinoïtes” had to choose between two themes – “Michel Morin” (name given, in Guadeloupe, to the one who knows how to do everything) and a open subject – in order to make their short films. For the second edition of April 22 which took place at the Pavillon de la Ville, near the Place de la Victoire in Pointe-à-Pitre, the theme was more fun because the films made by the participants were dedicated to jokes ; it was a “Kino blagues”. As regard the third edition held on June 24 in the same place in Pointe-à-Pitre, the theme was “Creole Tales and Legends”. Local stories like that of “La Diablesse” (The She-Devil) but the story of “La Dame Blanche” (The Lady in White) which is very popular in Europe and elsewhere were told in pictures. 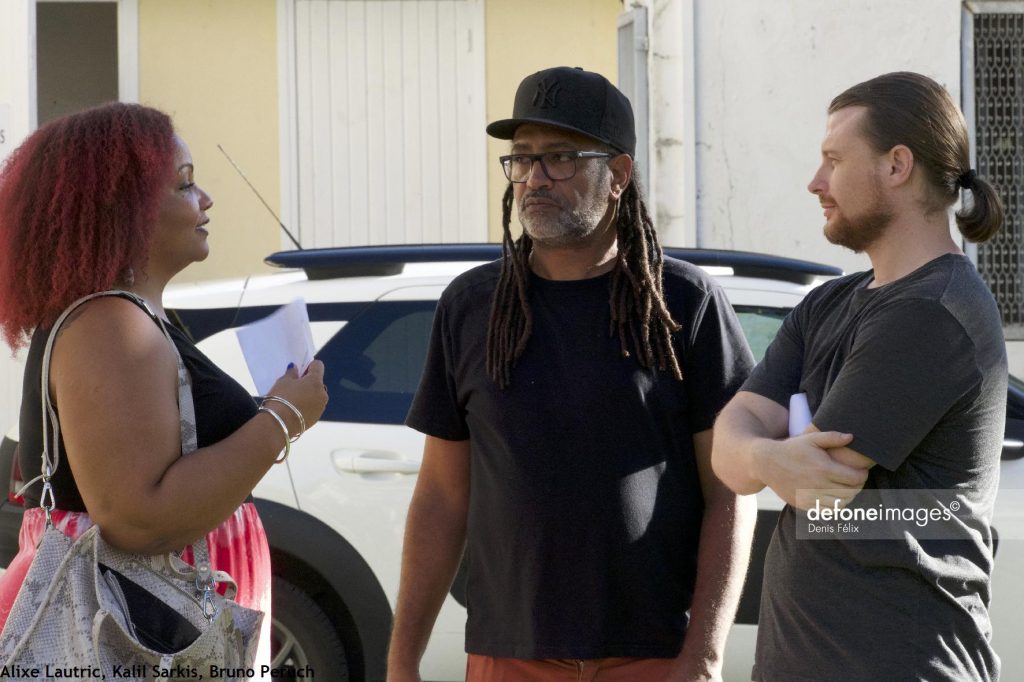 In this 3rd edition, in addition to the productions of the “Kino Kabaret”, the audience attended the screening of four short films made by other Caribbean filmmakers which, by a strange coincidence, fit perfectly within the framework of the theme of the evening, “The Creole Tales and Legends” : “Dorlis” by Thomas Lordinot from Martinique ; “Sanblan” by Claudine Charles from Haiti ; “Le Gardien” by Fabrice Pierre and “Arkel Storm” by Alix Lautric, both from Guadeloupe.

When we asked the President of the “Agence KulturTour” association if this type of concept does not risk reducing the quality and the level of the local cinematographic art because everyone cannot claim to be a director overnight without mastering a number of basic knowledge, she answered : “We are pleasantly surprised by the quality of the films that our “kinoïtes” make with limited means and within a short period of time. This quality improved a lot between the 1st and 3rd edition. Even if we do not have members in certain professions of the film industry, the six professionals of “Kino Guadeloupe” give a lot of advice to the amateurs. Moreover, we encourage amateurs who wish to work in the cinema sector to undergo training”.

On this matter, next October the association will organize training sessions leaded by local professionals and Canadian professionals from the “Kino” network. 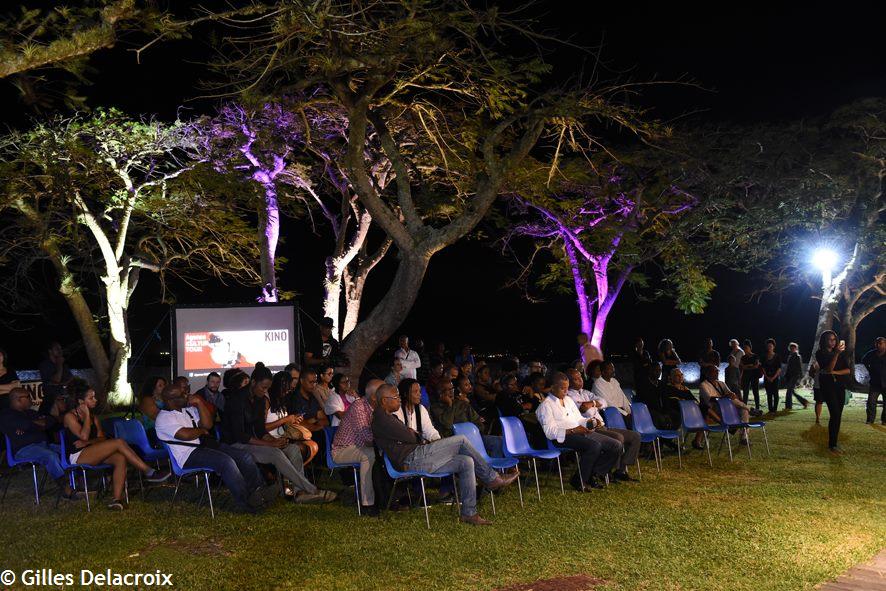 The “Kino Kabaret” takes place every two months so this means regularly finding relevant themes that can be made into a movie as well as participants, but these constraints do not frighten the association. “I think the themes will not be a problem and the “kinoïtes” are very motivated. The problem we have to face now is material and we plan to give each team a kit to help participants shoot their films in better conditions. We also have a shortage of professional “kinoïtes” so we share our means, it happens that a film editor edits four films for a “Kino Kabaret” (… ) But, as we say, “Kino” is a playground to have fun, to produce and to broadcast”, explained Eléonore Bastide-Bernier.

This film evening attracts more and more moviegoers who want to enjoy local stories told by professional and amateur directors who live in Guadeloupe. Indeed, the 1st edition attracted 600 people, the 2nd edition, 170 and the 3rd edition, 300. The spectators who go to the “Kino Kabaret” are part of all age groups.

After their first six months of activity, the Guadeloupean “kinoïtes” already made and broadcast about twenty short films. Films of “Kino Guadeloupe” are also broadcast on the television channel, Guadeloupe 1ère.

“There is a real public interest in this kind of cultural event. After the screenings, the spectators do not leave immediately, they stay to congratulate the teams, they talk with the directors, the teams share their views on their films (…) Some amateur actors even become “famous” because people who saw them during the public screenings or on television recognize them and stop them on the street”, said the president of “Kino Guadeloupe”. 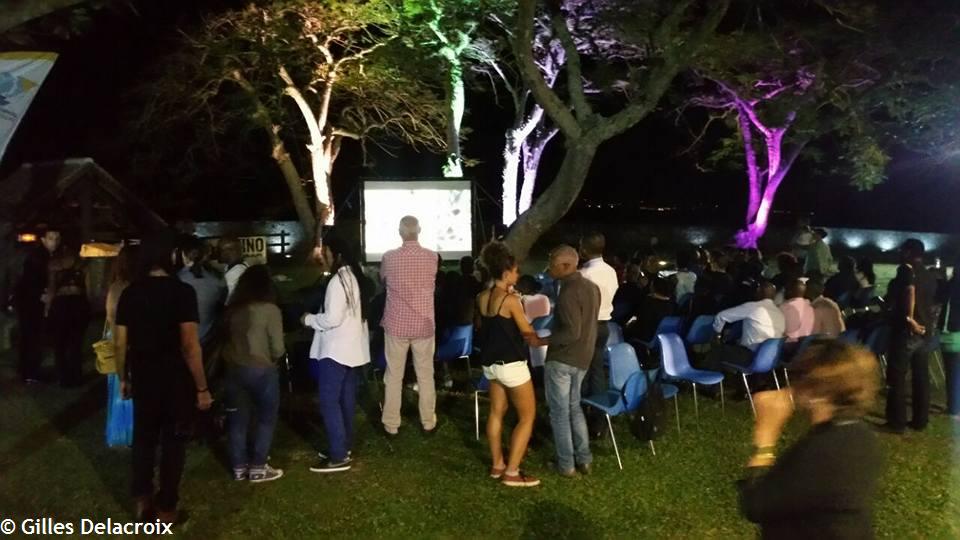 A young “Kino” with many projects

It should be noted that the short meetings between professional directors, technicians, actors and amateurs – “Speed casting” – in view of the next shooting are also held after these public screenings.

One thing is for sure, “Agence Kultur’Tour” has many projects for the 7th art. Indeed, it plans to organize a “Kino Kabaret” for several days, every January. But, Éléonore Bastide-Bernier said : “Screenings of films will not take place only in the region of Pointe-à-Pitre because the city of Basse-Terre, as well as other municipalities of Guadeloupe like Gourbeyre but also the island of Marie-Galante wish to host a “Kino Kabaret” on their territory. As place of screening, we have a preference for heritage sites”.

Although it was launched recently, “Kino Guadeloupe” already received proposals to show its short films in France and in a film festival in Senegal. In addition, contacts were established with a national television channel to broadcast its productions to a wider audience.

Like the Haitian “kinoïtes”, Guadeloupean “kinoïtes” hope one day to go to Canada, in particular to Quebec which has 13 “Kino” cells in order to take full advantage of the experience of their members but they know that they have to succeed first their full integration into the Guadeloupean audiovisual landscape.

They will already have the opportunity to talk about their projects with Canadian “kinoïtes” currently on vacation in Guadeloupe and to gather valuable advice from them. 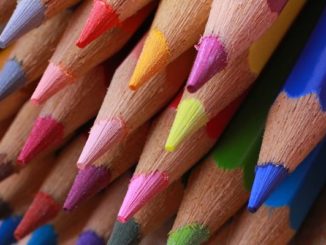 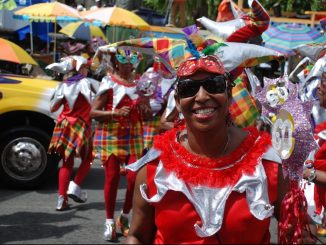 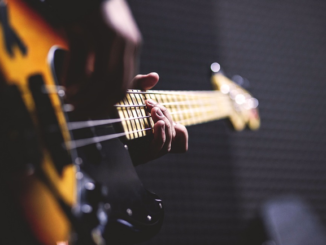