For several weeks now, trade unions of event professionals decided to take action in Guadeloupe. The last illustration of this anger took place on Tuesday 20 October with an “operation snail” paralyzing road traffic on the national road 1 between Le Gosier and Baie-Mahault. The reason for this umpteenth discontent was the slowness with which the aid application files would be processed by the agents of the Regional Council of Guadeloupe. Indeed, following a previous mobilization in the streets on September 28, they had once again been received by the island’s major local authority and, at the end of this meeting, the event professionals seemed quite satisfied with the proposals made to them, but we did not know the details… However, last week, the president of this trade union which created this huge traffic jam on the road warned : they will make again these operations every week until they get satisfaction…it remains to be seen if the prefect will let them do it…

It’s true that this Covid-19 pandemic has a serious impact on event professionals (artists, show organizers, DJs, technicians, etc.). Since last March, the beginning of the planetary lockdown, cultural activities were never really able to restart except for those that implemented a strict protocol to fight the spread of this coronavirus (cinema, theatre…) but others such as dance parties in nightclubs, concerts, festivals, fairs and shows with a large number of participants remain prohibited. On French territory, therefore in Guadeloupe and Martinique, these professionals thought they would start working again as of September 1st but this hope faded a few days later and, currently, because of the active resumption of the epidemic, the horizon is darkening.

However, in Guadeloupe, many people do not understand these road blockades by event workers because, they say, “the authorities pour millions into this sector whereas we lose our jobs and go home in silence, we have no trade union to block the traffic and we are not received either by the Prefecture or by the main local authorities (…)”.

In fact, in addition to the financial aid provided by professional organizations and major local authorities, the French government already announced the significant funding for cultural operators. Thus, on August 27, a €432 million recovery plan was announced for the performing arts; on October 22, a new €115 million allocation was announced to support cinema (€30 million) and performing arts (€85 million), as well as new financial supports to help this time the cultural world cope with the strengthening of health measures and the establishment of the curfew in 38 French departments.

“But where does the money go?”, is the question that many people are asking, given the discontent of the event sector in Guadeloupe and Martinique. They often claim that the amounts proposed are insufficient or their situation does not fit into the defined criteria. They probably know what they are saying…

Having spoken with several actors in this sector, they are indeed in a very delicate situation for seven months now. But a new element is added to this thorny issue : undeclared work. “I do a performance, I get paid right away (…)They pay me money in cash and we don’t bother with paperwork (…)”, they explain. Some cultural actors thus combine their “black” fees with the RSA (active solidarity income), i.e. €564 per month. Except that, when everything was going well, this way of working could be a win-win situation for everyone, but since the coronavirus crept into this well-oiled machine, the consequences are serious.

It would be impossible for these cultural operators to provide the administration with an employment contract, a cancellation of a service or performance, an invoice, a certificate of affiliation to a professional organization, the amount of reported income is low or equal to 0, so it becomes impossible to prove any loss of income etc.

Under the pretext that the “Culture Boat” will sink and the “Guadeloupean identity” will disappear, should these controls be excluded to give public funds?

Let’s note that labour costs are higher in Guadeloupe and Martinique than in the other Caribbean islands.

Events, a sector to be structured

Moreover, the event or entertainment sector often suffers from a “non-serious” image in Guadeloupe and Martinique because it is not considered a real professional sector. It was not until the health crisis that trade unions and federations flourished, particularly in Guadeloupe, but we have the impression that the actors in the event industry still do not speak with one voice…

In these two French islands, the high standard of living enabled a very large majority of event professionals to realize their turnover with the local population and very often to do without foreign visitors. This is surely why some would like the prefectural authorities to make the health restrictions more flexible to “let them work”. Resuming their activities, this is their priority and this is understandable since the artists are there, the venues (theatres, nightclubs, tents, etc.) are there and above all the local audience is there, it can pay and wants to decompress in this very special period. But the disease is there too…

So we can ask ourselves some questions : if they worked very closely with the tourist authorities, for example, would their complaints be better heard and better considered? Why do in the population some people have the impression that event workers do “occasional operations” by organizing cultural events but without any real involvement in the development of the local economy? Is that one of the reasons why these entertainment professionals would be considered as “Rimé fès, rimé bonda” (shake your bum, shake your ass), an expression coined by a former Guadeloupean radio and television host? So, nothing very serious despite the economic weight that they claim to represent… And then, what exactly is this economic weight?

In the rest of the Caribbean, the financial situation of cultural professionals is also catastrophic, but until now we do not hear about any discontent movements. Some of them changed profession (such as this great Dominican show producer who created a digital newspaper) because they have to eat and drink and there is not a plethora of public financial aid like in Guadeloupe and Martinique, others reinvented themselves while waiting for better days… Most of these professionals do not express the wish to organize any event at all costs.

It must be said that in most of the Caribbean islands, tourists very often take part in the many cultural events (especially festivals and carnival celebrations), these are also organized so that these foreign visitors bring the foreign currency that these countries need. In fact, since the general lockdown, all the cultural calendars of the State agencies in charge of tourism were emptied. If Covid-19, no tourists! If no tourists, no commercial cultural events! Even if recently the borders are reopening timidly…

If the sums in favour of the world of culture in the French territories of the Caribbean leave their Caribbean counterparts dreaming, they can also be eligible for aid provided by their government, which is aware of their weight in the national economy. When this coronavirus pandemic will be over, these cultural actors will have to be ready to restart the economic machine.

In the Dominican Republic, at the end of July, on the initiative of the Sociedad Dominicana de Intérpretes y Ejecutantes-(SODAIE), which also spoke on behalf of several other artists’ associations, 900 people from the entertainment industry were integrated into the social programme Quédate en Casa (Stay at Home) by the Dominican government. These technicians, actors, composers and musicians, who were not part of the government’s initial aid plan, were added to the more than a thousand beneficiaries already counted, bringing the total number of cultural actors assisted during this health crisis to more than 2,000.

Previously, cultural professionals through the Asociación Dominicana de Empresas de Servicios Audiovisuales y Eventos had had the opportunity to explain to the country’s presidency that, since March 19, hundreds of companies and thousands of Dominican families were no longer working. A large part of the cultural sector therefore received this basic aid. Quédate en Casa, is one of the government’s aid programmes, it represents a temporary sum of 5,000 Dominican pesos (72.84 euros) per month, feeding 1.5 million households. It was planned to last from April to May but was extended until December 31, 2020.

Last July, the Ministry of Community Development, Culture and the Arts of Trinidad & Tobago also announced a one-off payment of 5,000 Trinidadian dollars (626.11€) to artists, creators, etc. The objective of the Trinidadian government was to relieve those cultural actors who had been affected by the cancellation of exhibitions, courses, conferences, workshops and other events between March and December 2020. Several conditions were required to be eligible for this financial assistance, such as not having already received wage relief grants related to Covid-16.

However, there was no question of distributing this money without completing a file and providing supporting documents proving the loss of work (copies of contracts, payment receipts, newspaper clippings, leaflets, brochures, tickets, advertisements of organized events, cancellation of bookings, etc.). In addition, the cost of renting some national performance venues managed by this Ministry (National Academy for the Performing Arts, Southern Academy for the Performing Arts, Queen’s Hall and Naparima Bowl) was reduced by 50% until December 2020 for the few events taking place there.

In Cuba, the situation is quite different. Indeed, Cuban artists who work for the Ministry of Culture or its institutions normally receive a fixed salary each month in addition to their fees for their musical, theatrical or other performances. If, due to the Covid-19 pandemic, this additional income was not possible, they continued to collect their salaries. These artists can also receive a salary from the culture union. Remember that culture in Cuba is a matter of state because, before this Covid-19 pandemic, the largest Caribbean island sold its cultural events to tourists through Paradiso, its specialized agency.

As we can see, if creativity is extraordinary in all the Caribbean islands, the “functioning” of the cultural world is diverse and the aid to this sector to cope with unemployment due to Covid-19, when it exists, is disparate because it is modelled on the budget and the standard of living of each territory. 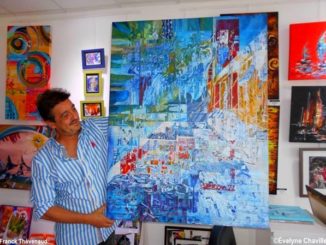 The alternative Nobel Prize for Literature was awarded to Maryse Condé