We already knew “Le Grand Méchant Zouk”, this concept launched by the groupe “Kassav” and more precisely Jacob Desvarieux, over twenty years ago, we discovered, on the occasion of this 40th anniversary of the Route du Rhum-Destination Guadeloupe, “Le Grand Méchant Ka”. It is an initiative of the “tanbouyé” (ka drummer), Teddy Pélissier, who brought together on a same stage ka-masters, “tanbouyé”, singers, choristers and dancers of all ages.

After inflaming the city of Saint-Malo (France) before the start of this transatlantic race, the ka drum opened, this Friday November 9 at 8:30 pm, the series of concerts scheduled on the stage of the Memorial ACTe until November 25.

Among the many artists, there were ka masters like Éric Cosaque, Esnard Boisdur ou Yvon Aubierge Anzala, who began to play gwoka over forty years ago and choreographer and “tanbouyé” Mario Coco with his young group of dancers called “Sa ki Taw” that showed that the future is secured to perpetuate this Guadeloupean traditional music (dancing and singing).

“Gwoka, the first music from Guadeloupe”, as Teddy Pélissier said thrilled the crowd which was composed of with young and not so young, men and women, during almost two hours.

Kariculture.net offers you some photos of this concert presented by the humorist and radio host, Patrick Kancel also known as “Pat”. 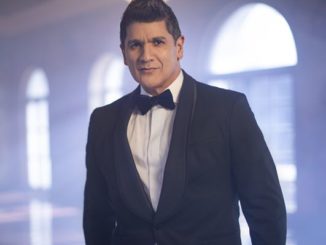