“Thief ah Whine” Nashoo’s new song she performs as a duet with Reime Schemes is a hit in the United States. Guadeloupean singer who is discreet and humble is now in Miami, Florida, with the American rapper to shoot the video of the track. 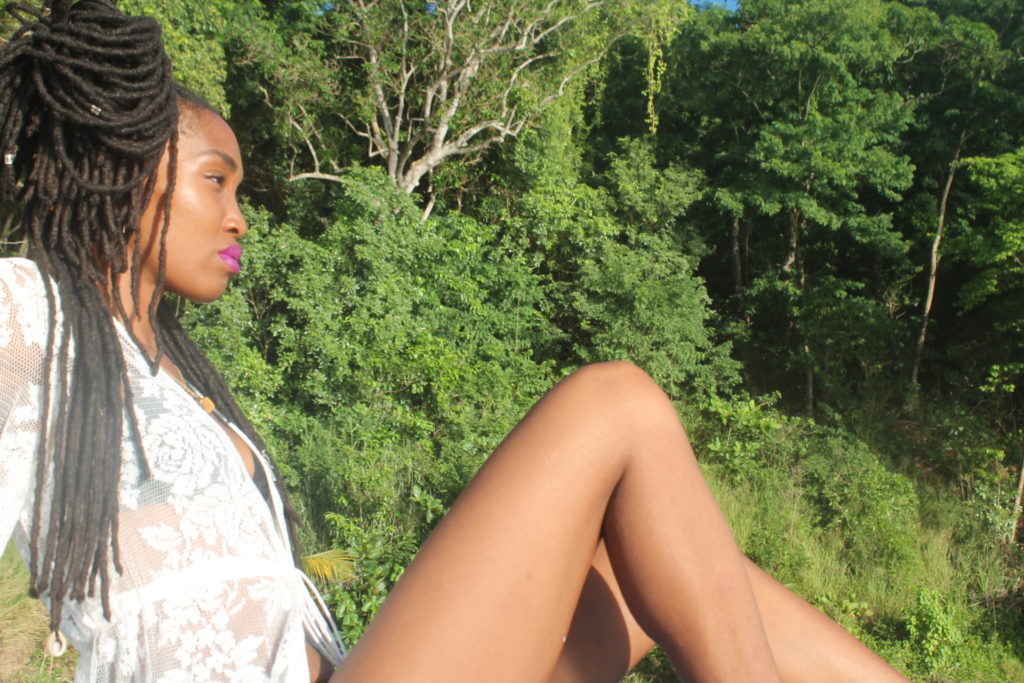 Some rap or dance hall singers, in particular those from Guadeloupe, secretly or openly hope that their music will be broadcast, one day, in the United States or in Jamaica. Unfortunately, this recognition never comes, perhaps because there, music – even if people say that it is universal, without borders and practiced by everyone – is an art but also an industry that should not be too much “copied”… So, many rap or dance hall artists remain local stars…

However, a young singer managed to reverse the situation: it is Nashoo we already introduced you. Indeed, the last single by the Dominican Guadeloupean artist entitled “Thief ah Whine” that she performs in duet with Reime Schemes was released last November, it appears on the American rapper’s album and its lyrical video is available on all download platforms (Youtube, Tidal, Spotify, Vevo etc.).

This new song whose lyrics were written by both artists and music is composed by Ohgosh Leotus is a big hit in the United States and even in Australia. 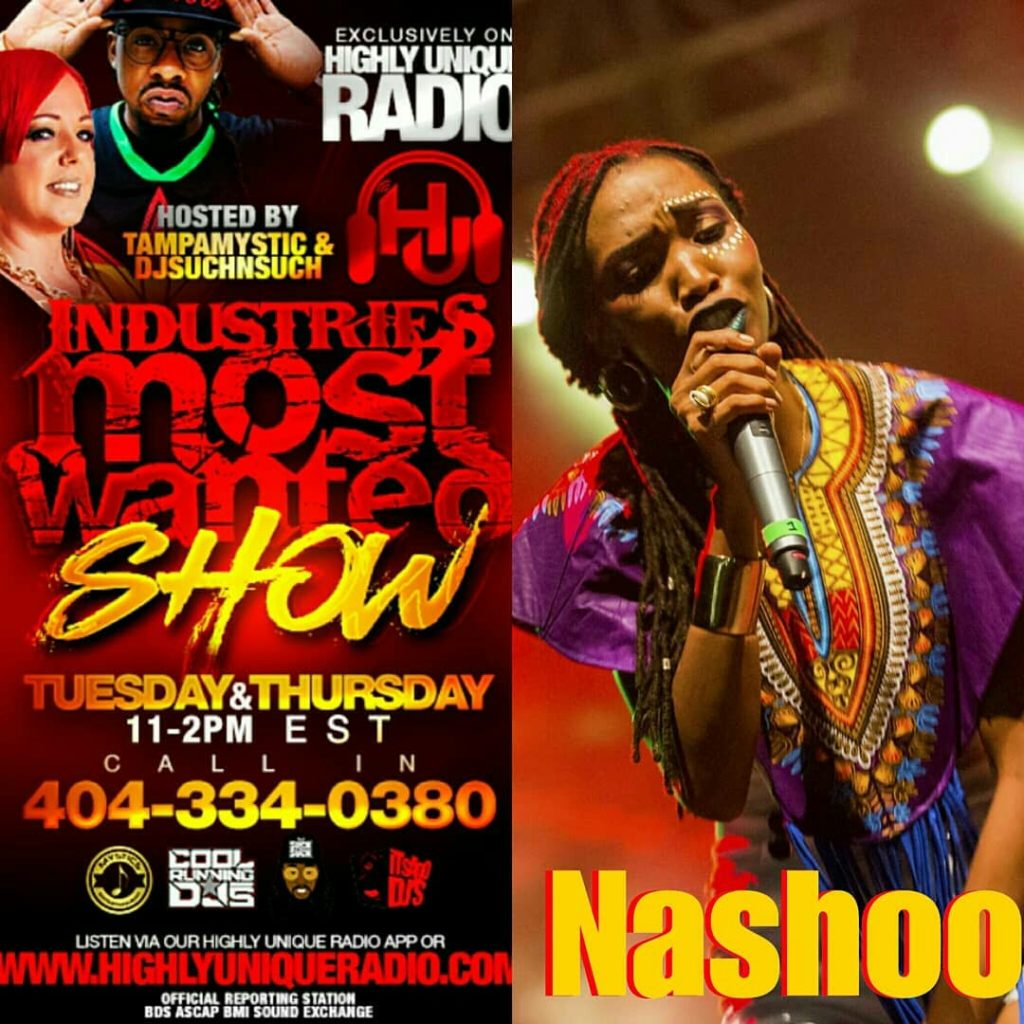 Currently, “Thief ah Whine” is played on many radio stations such as: Caribbean Power Jam Radio, the largest radio station in the Caribbean English-speaking community which is based in Brooklyn, New York; Da Radio Show which is located in Santa Monica, California; Track Bullys Radio that broadcasts from the big city of Atlanta (Thief ah Whine was even the most popular song!); Highly Unique Radio which is also in Atlanta, in particular on the programme called “Industries Most Wanted Show” and hosted by the well-known Tampa Mystic and DJ Suchnsuch; Beef Stew Radio which is in Harlem, New York; NBC Radio (102.3 FM / 106.5 FM) in California, in the famous programme called “California Best Radio Show”.

Australian radio stations also like “Thief ah Whine”. This is the case, for example, for Bullet Proof Baby Radio and Fresh Radio 92.7 FM. On a video, we even see a presenter dancing and singing to the rhythm of the track… 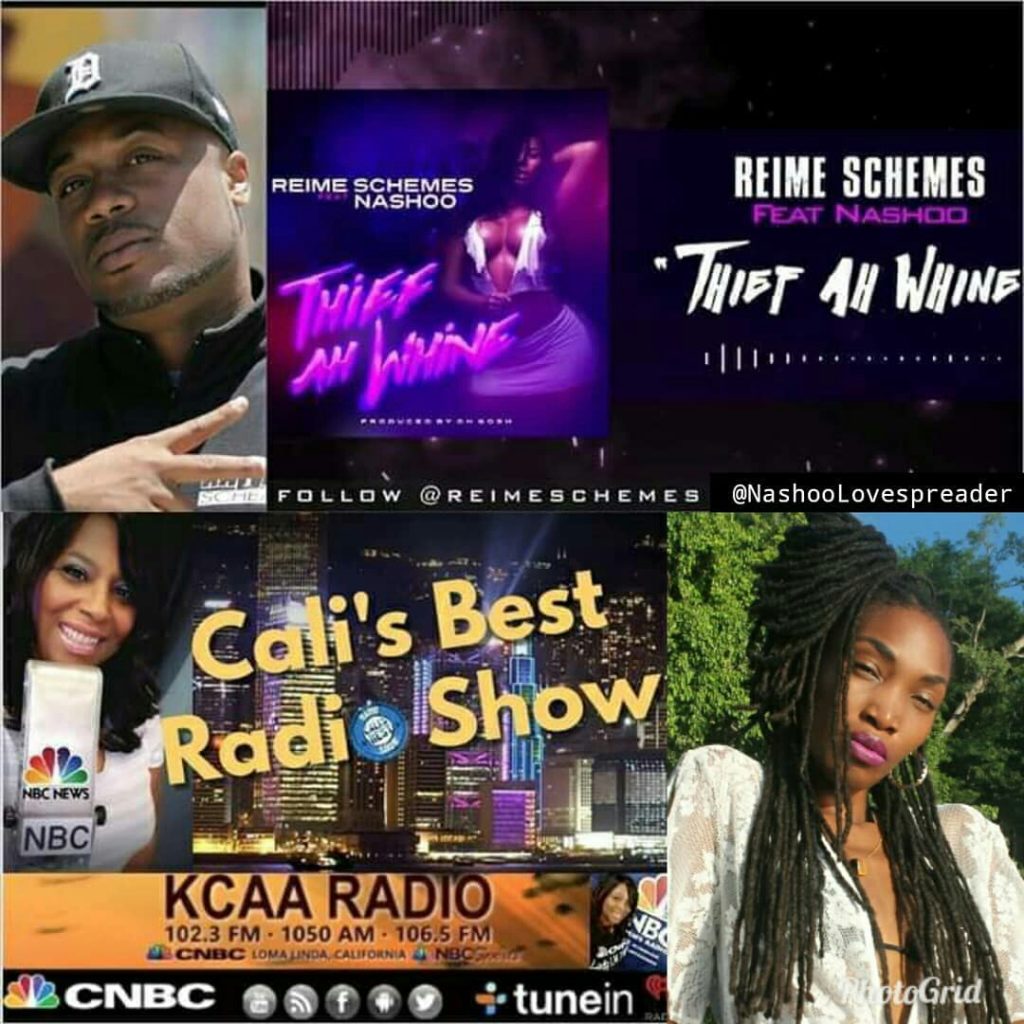 A fruitful collaboration between Nashoo and Reime

Of course, over the last few weeks, both artists did not havla magie de la technique e time to rest because they are solicited by the media. And even if Reime Schemes is in the United States and Nashoo now lives in Guadeloupe (French Caribbean) after spending several years in France and England, they give radio interviews together thanks to the magic of the technology. In fact, while we are sleeping peacefully here in Guadeloupe, Nashoo who, let us remember, is fluent in English, is answering American media questions on the telephone. For example, last December, the artist was live on “Da Radio Show” then on NBC, two radio stations that broadcast from California… Other interviews are already planned over the next few days.

It must be said that Nashoo is not totally unknown there because, in 2017, she and her companion Haya had already recorded the song “Island Flame” on Reime Schemes’s album. “I’m used to working with Reime. It’s a very good collaboration. Giving an interview in the United States is an opportunity for me to talk about our music but also about my island, the Caribbean”, said the singer who keeps a cool head despite this new success in the United States. 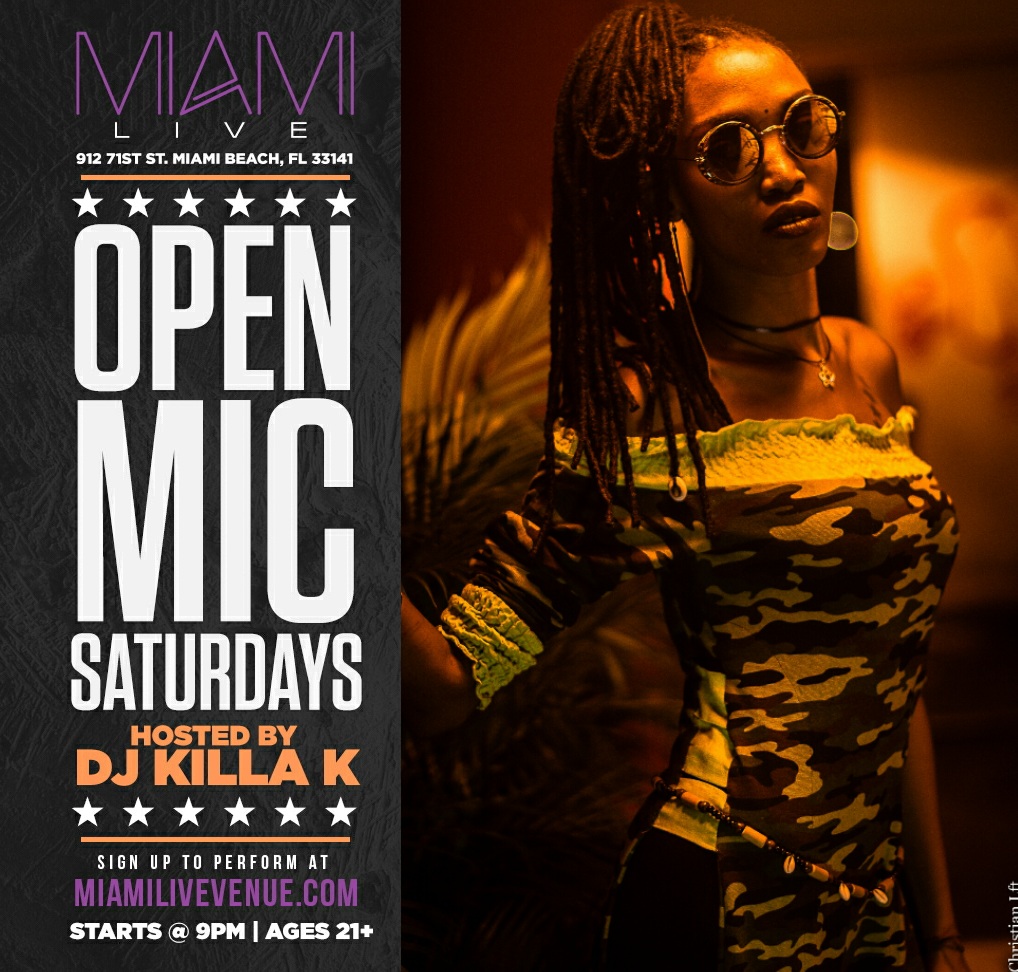 A video shot in Miami

Nashoo has just traveled to Florida to shoot with Reimes Schemes the video of “Thief ah Whine” on the streets of Miami. “This song tells the story of a young Caribbean woman who has her head at the stars. A Friday night, Venus Day, she makes herself pretty to go out, she arrives in a place and she sees that a man is watching her so, she says to him: come and dance with me”, said Nashoo. The artist would like this video to be filled with joy, music and dance – with the famous Caribbean “whine” (movement of the pelvis) which is natural for us – to forget a little the sad and tragic moments in the world; it will include images from the United States and Guadeloupe…

In addition, the song “Thief ah Whine” continues to charm. Indeed, she was included in the “mixtape” of the famous American rapper, Snoop Dogg, titled “Tha Return of Doggy Style Mixtape”.

It was also signed to the Californian label “Empire” which will be in charge of the promotion of the video.

When she got back from the United States, Nashoo, who is working on several projects, will focus on another song, “Summer Love”, she sings in duet with Supa Saa, a reggae dance hall artist from Sierra Leone, Africa. 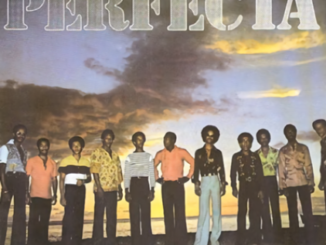