From May 14 to 19, the “Haitian Cultural Week in Pointe-à-Pitre” took place at the Pavillon de la Ville. This event was organized as part of the programme called “Plural Identities” launched by the municipality, in cooperation with the association “Lakay Concept”. The richness of Haiti’s culture was presented to a large audience.

“We are really glad to participate in this “Haitian Cultural Week”. It was necessary to allow Guadeloupean people to meet Haitians who live in their island, Guadeloupe.We have a lot in common, there are just little things that differentiate us. We must therefore sit down, discuss and eat together to get to know each other a little better and avoid prejudice”, said Édriss Loui-Jean, the president of “Lakay Concept”. Created on January 1, 2012, this association already organized several events on the island including: the election of the Ambassador of Haitian culture who represents female beauty of the country but also its tourist and historical destinations, its music or its kitchen; Flag and University Day which is an opportunity to discover young Haitian artists living in Guadeloupe; Independence Day, a moment to track the historical past and enhance the cultural wealth especially with the “Joumou soup” and traditional games; the participation of Haitian groups in the Guadeloupean carnival; evenings and cultural outings.

Showing the good things about Haiti

The association also takes Guadeloupean people to visit Haiti. Out of a dozen people who went to discover the island that was called “The Pearl of the West Indies”, three fell in love with the country and decided to settle there and start their own business… “Our association promotes Haiti, shows the positive and paradisiac sides of the country. We don’t talk about the dark side, misery and witchcraft. For example, we talk about the work done by young people from the association in the craft sector by making sandals, clothes, decorative objects”, said Édriss. Aged 38 and employed in a currency exchange office in Pointe-à-Pitre, he arrived in Guadeloupe at the age of 3 and he feels very good here. “I could have applied for French citizenship but I preferred to maintain my Haitian nationality. I am a Haitian by blood and a Guadeloupean by heart. Life in Guadeloupe does not exist anywhere else. I went to Saint-Martin, France and Germany but I did not stay there. Here, if I have a problem, people will help me, I feel comfortable with everyone, Haitians like Guadeloupeans”, said Edriss.

“Lakay Concept” that he created brings together in Guadeloupe 30 members but it also has an office in Martinique (20 members) and Haiti (67 members); in the near future, an office will be opened in French Guiana.

According to the Haitian consulate, about 45 000 Haitians live in Guadeloupe. During this week, the public discovered or rediscovered a large part of Haiti’s cultural wealth thanks to: dance performances and workshops; workshops to speak and write Haitian Creole; discovery workshops of Haitian cuisine; film screenings about the first Black republic’s history since 1804; traditional games; exhibitions of handicrafts made for example with car body, wood, calabashes.

Works by famous sculptors like Jean-Sonson Beaujour and Rémi were exhibited on the ground floor of the Pavillon de la Ville.

Discussions were numerous during these special days in particular with the conference on the “Great History of Haiti” by Louis-Auguste Joint (Professor of Philosophy and Social Science in France) and the literary talk with Gary Victor who presented his latest novel entitled “Masi” (Editions Mémoires d’Encrier). In addition, the writer went to meet the students of high schools and secondary schools in Pointe-à-Pitre with the 8 young winners of the Concours National Scolaire de Nouvelles, organized by the Association des professeurs de français et de créole d’Haïti (APROFH) and the Centre pour la promotion de l’excellence, de la culture et de la citoyenneté (CPECC), founded by the writer. Primary schoolchildren visited the various exhibitions at the Pavillon de la Ville and discussed with the organizers and the guests of the event.

“Lakay Concept” expressed great satisfaction with this “Haitian Cultural Week”. “Our young people are highly motivated to promote Haiti. We are available to collaborate with associations or other”, said Edriss Loui-Jean. 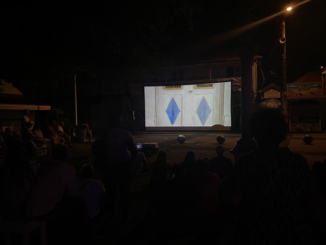 The “Kaz”, star of two documentaries in Terre-de-Haut