From December 7 to 21, the first edition of Entr’ailes, a multidisciplinary exhibition following the residency of artists in New York, organized from March 15 to 22, 2018 by the association “Arts au Pluriailes”, managed by Joëlle Fifi, took place at the Pavillon de la Ville in Pointe-à-Pitre (Guadeloupe). 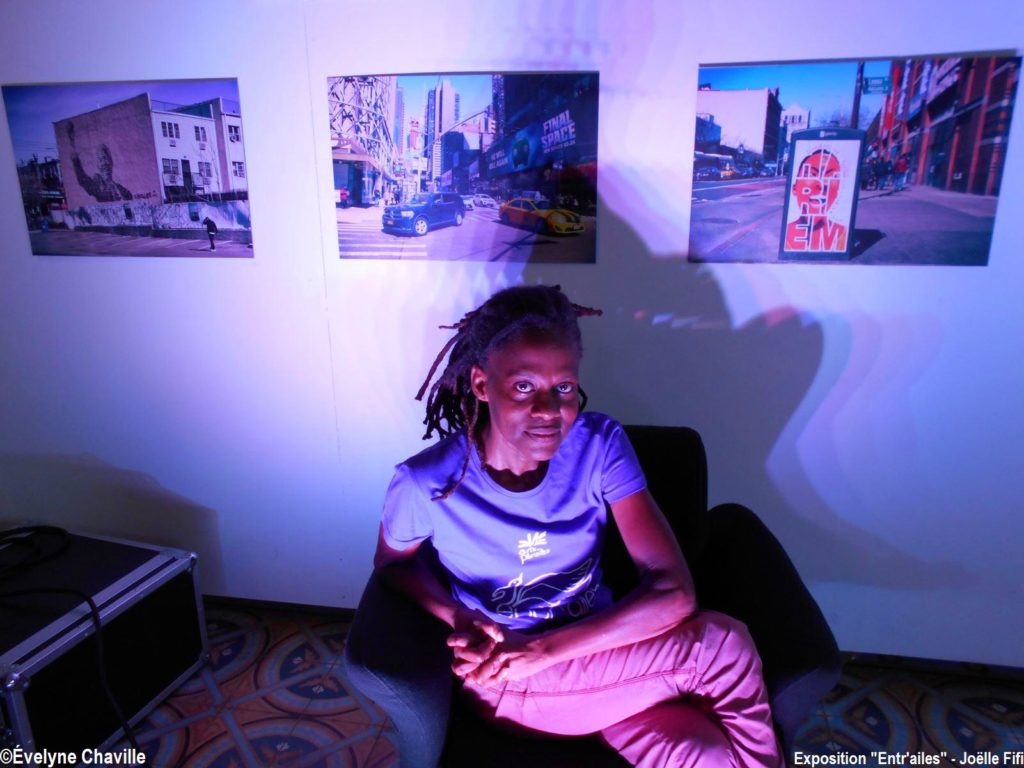 The association “Arts au Pluriailes” was created at the end of 2016 and officially started its activities in January 2017. Its artistic director, Joëlle Fifi, founded this organization after a professional setback. “I had an activity in training and I had to stop. I wondered about my future and I decided to go into an artistic career. I was already taking this path because I had decided to follow online illustration courses but I thought it was for my retirement (…)”, she told. The young woman had to find the best status that would allow her to advance but the steps were more difficult than she thought. “It was a very complicated adventure. I was lucky that a friend who prepared a master’s degree in France agreed to have a three-month internship in the association which allowed me to lay the foundations of the project called “Allons au Musée” (Let’s go to the Museum) which became “Créations Nomades” thereafter with the objectives of offering creative workshops and trips abroad to discover and discuss on the cultural and artistic level”, explained Joelle Fifi.

In addition, in this real obstacle course to succeed in making her project a reality, Joëlle Fifi had to take into account the observations of the French Ministry of Culture especially about the artistic residency. “I needed a fixed location where artists had to meet, which I did not have”, she said. After some time to think about it, she managed to focus her project first on the meeting between artists who did not know each other but in an open place and not necessarily in a building.

In 2017, Joëlle Fifi and the members of the “Arts au Pluriailes” association planned at first to organize their first artist trip to Krakow, this city that was the capital of Poland from the 14th to the 16th century and was not destroyed during the Second World War, on the theme “Architecture and Urban Sketch”. Finally, in 2018, the team opted for a place nearer to Guadeloupe, that is New York, for its “Créations Nomades” (Nomadic Creations). 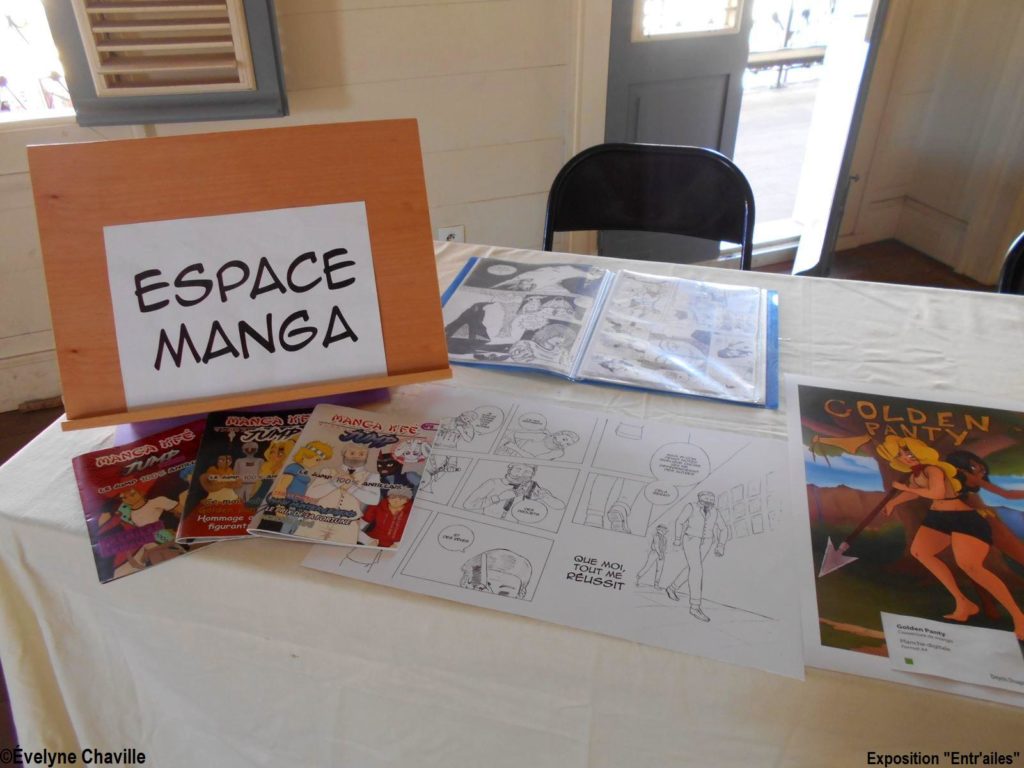 On March 15, 2018, the association and the artists arrived in the city of New York. Their journey through “The Big Apple” had to last one week (until March 22, 2018). They were 8 in all : Joëlle Fifi (project designer and artistic director of “Arts au Pluriailes“), Hélène Wargnier (dancer, choreographer), Solenn Étienne (dancer), Méï-Ly Hanson (dancer), Meya Akotiale (musician, singer), Isabelle Florenty (Director of “Maison du Bèlè” in Sainte-Marie, Martinique), Christian Bordey (photographer) and Nathalie Hainaut (curator, art critic). Hainault is well-known in visual arts field in Guadeloupe and she wrote the texts of the beautiful “critic notebook” – printed on matte paper and illustrated with many photographs – of this nomadic residence dedicated to dance and contemporary art. Through the 36 pages, the reader follows the team which stopped, among other places, at the “Creative Cultural Center”, the famous “Ailey School”, “Steps”, “Peridance Capezio Center”, “Museum of Modern Art” (MOMA) in New York. But, in the introduction, Joëlle Fifi explained that the “critic book “ (which costs 10.00 euros) is not an art catalogue but “a sensory walk, a documentary about real life and an artistic experience from different angles”.

Since it got back, the association gave a report on its residency of artists in the United States, for the first time, by participating, on May 5, in “Une nuit, Une oeuvre” (One night, One work), this monthly cultural meeting organized at the Memorial ACTe in Pointe-à-Pitre and led by Cynthia Phibel. “We are very happy with our participation in this cultural event where we presented our trip to New York. There were 80 people in the “Congress and Living Arts Hall”, which is a lot for this meeting”, said Joëlle Fifi.

A mix of artistic activities

The first edition of the “Entr’ailes” exhibition – which is “a showcase event”, according to Joëlle Fifi – was held from December 7 to 21 and was the final account of this artistic residency. In addition to the exhibition on the ground floor and first floor of the Pavillon de la Ville of photographs (by Christian Bordey), painting and illustration (by Étiyé Dard, Joëlle Fifi and Michel Jackson), video (by Henri Tauliaut), mangas (by André Ségor and Deyris Onapin), floral art (by Fabienne Verdol) and textile creations in wax (by Nathalie Foy), the public attended various artistic performances in various disciplines: tele-poetry with the “Pont Sanctuaire” by Alain Joule, a Frenchman living in Canada, and Joëlle Fifi explained that : “this project also will be used next year by our association in particular with a collection that will be published in Guadeloupe by Éditions Nèg Mawon managed by Didier Manette, in Canada and Senegal” ; dancing by Hélène Wargnier ; music by the 16-years-old guitarist Meya Akotiale; live shooting with Guadeloupean professional dancers organized by photographer Christian Bordey. Moreover, several workshops were offered to visitors; they were dedicated to recycling, Creole games (jé kréyòl), cardboard engraving or storytelling.

“The “Entr’ailes”exhibition is a mix of generations, emergent and confirmed talents in several artistic disciplines. “Entr’ailes” is also art without borders to encourage creativity of everyone whatever mode of expression, fame etc”, said Joëlle Fifi.

It must be said that since its inception two years ago, the “Arts au Pluriailes” association has already participated in several events on the island including: the “Festival Nouveaux Regards” last February where it led a “Stop Motion” workshop, the “Mois de l’Environnement” last May, the “Grand midi-minuit des déchets” last June and the “Village de l’Économie circulaire“ last October where it took part in recycling workshops. 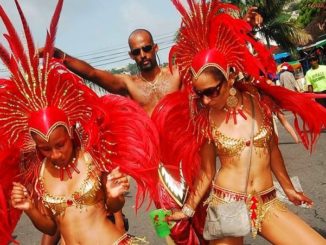 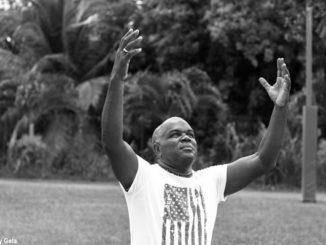