Monday, December 24 at 9:00 am (Christmas Eve), Guadeloupe remembered the arrival of the first Indians on the island, 164 years ago. Messages of peace and fraternity were delivered by the political, religious and cultural representatives present at this commemoration.

On December 24, 1854, a ship named “L’Aurélie” berthed in Pointe-à-Pitre harbor with 314 Indians after a long and hard three-month crossing.

As every year, December 24, is therefore an important day for the descendants of these women and men who came from India in the 19th century. Indeed, last Monday, the crowd gathered in front of the “Monument du Premier Jour” (Monument of the First Day), erected in 2004 by the Regional Council of Guadeloupe, the General Council (now Departmental Council) of Guadeloupe and the municipality of Pointe-à-Pitre with the agreement of the Bharat A Gua Federation on the occasion of the 150th anniversary of the arrival of the first Indians in Guadeloupe, and more precisely in La Darse, to commemorate the memory of these workers coming from the subcontinent.

Political, religious and cultural representatives were present at this ceremony.

This labor force, which had signed a contract to come and work in Guadeloupe for a given period, had been wanted by France to replace in the fields, especially sugar cane, the Africans who had become free women and men after the abolition of slavery proclaimed in the French colony on May 27, 1848. France, colonial power, that had various counters in India, like Pondichéry, Chandernagor or Mahé among others, chose workers from this vast country.

India in the cultural heritage

Following this first landing, other workers from India will arrive in Guadeloupe. A total of 42,326 Indians will come to the island to earn money hoping to build a better life in their country, but 24,891 of them will be mistreated, among others, and will die. 9,460 will get a chance to return to India, the others will stay here and become integrated into this new society.

Guadeloupe is a land with a very mixed population, today, many Guadeloupeans also have Indian blood flowing in their veins… The contribution of India is very important in the cultural heritage of the island. For example, “colombo” has become one of the most popular culinary dishes for all Guadeloupeans and the traditional costume of the island is in Madras fabric; this is also the case in several other Caribbean islands…

Despite the rainy weather, the audience composed of locals and tourists listened to the speeches of various officials, attended Indian dances and participated in the various offerings (flowers, rice, milk etc…) to the sea in memory of these Indian workers. A small wooden boat had been decorated with moss and flowers to symbolize “L’Aurélie” and was put on sea to mark the return.

This annual ceremony of remembrance ended around noon with the tasting of some Indian culinary specialties. 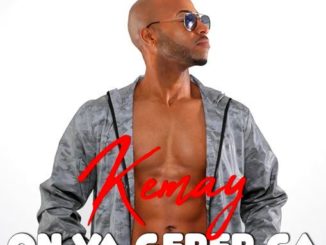 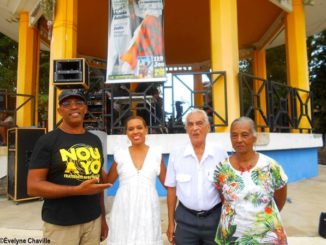