As part of the “Village of Circular Economy” set up by the Regional Council of Guadeloupe on October 20 in the Memorial ACTe car park, the Kanoa association which manages the Gran Bwabwa theater company was invited to show its know-how in the field of recycling. At 4:00 pm, it offered the public a performance of the play “Ti-Jean and the Parade of devils” where the masks are made of papier-mâché. 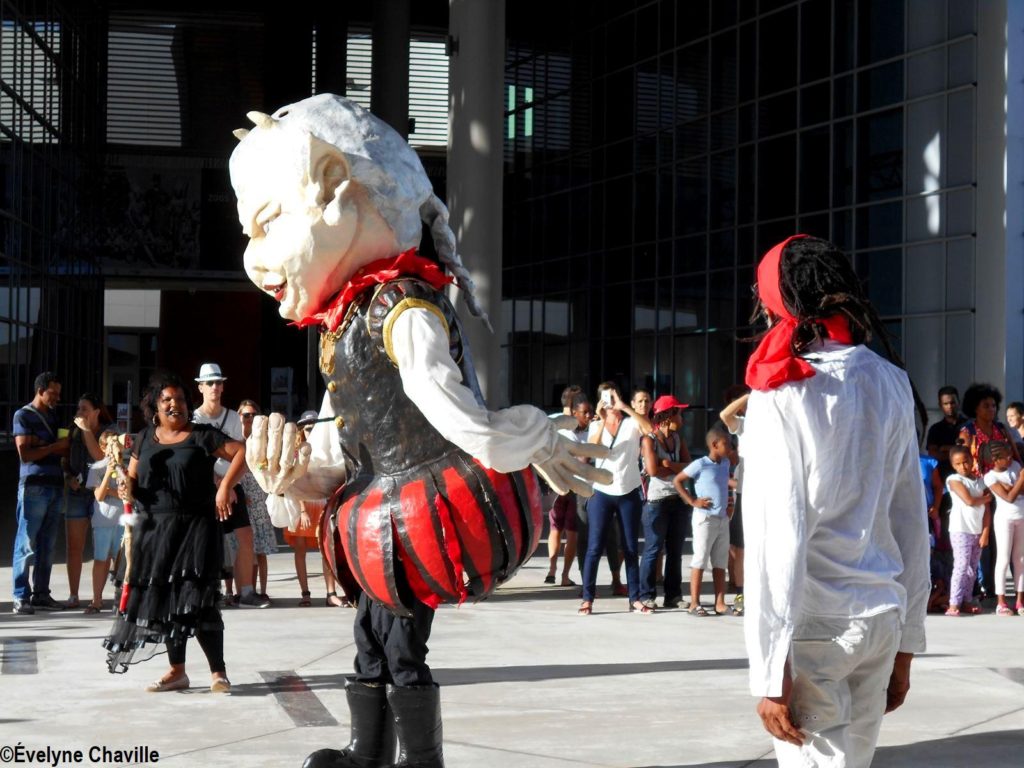 Last February, we presented the street theater play “Ti-Jean and the Devils’ Parade” by Gran Bwabwa, which was performed at the Sonis Cultural Center (Les Abymes). Unfortunately because of bad weather the show, started at 8:00 pm on the esplanade, had to move to the center hall.

So, on Saturday, October 20, we took advantage of the “Village of the Circular Economy” which took place from October 20 at the Memorial ACTe to once again see this show populated with, among other, giant puppets like Pap Nikolasenk, Jénéral Chaloska or Lulu Cifer and scary animals.

It must be said that this theatrical work had a perfect place in this event whose purpose was to make the population aware of environmental issues and lead Guadeloupe to the production of “zero waste” through recycling, in 2035. Indeed, the masks of the show were made in papier-mâché.

Sometimes frightened, sometimes amused, children and adults were captivated by “Ti-Jean and the Parade of the devils” which was written by Nathalie Malot, the artistic director of the company, according to West Indian tales and the book by the writer from Saint Lucia, Derek Walcott (Nobel Prize for Literature in 1992), “Ti-Jean and his Brothers”.

Kariculture.net offers you to follow in photographs the adventures of Ti-Jean with these strange creatures. 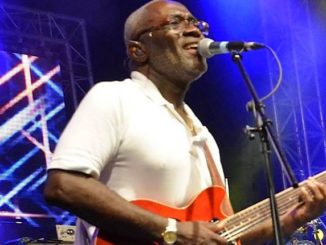 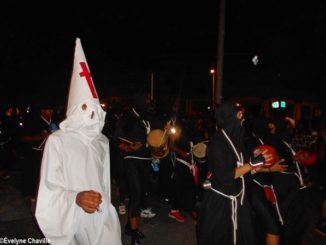 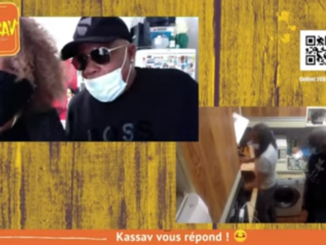