Until now there was one and only carnival for one and only nation in Trinidad & Tobago. The festivities took place before the Lenten period and had gained international fame. Things will probably change permanently in the coming years.

Indeed, the island of Tobago, which has its own political assembly, has decided to organize its own carnival which will be held in October; for this year 2022, the weekend of October 28 to 30 has been chosen. The announcement was made at a press conference on April 4 by Tashia Grace Burris, Secretary of Tourism, Culture, Antiquities and Transportation, with other elected politicians at her side, including Farley Augustine, Chief Secretary and Secretary of the Division of Finance, Trade and Industry of the Tobago House of Assembly (THA).

Obviously, Tobago wants to have direct control over the financial income that carnival brings, as is the case with the “Heritage Festival”, which takes place every year for two weeks, from mid-July to early August.

On September 10, the Tobago Carnival will be officially launched at the Shaw Park Complex in Scarborough, Tobago.

For its part, the National Carnival Commission of Trinidad and Tobago (NCC), the organization that was in charge of the festivities for a single carnival said it supports this “separate” carnival. “While the Festival’s planners opted not to access the NCC’s offer to leverage its expertise and resources for the event, the Commission has never wavered in its ongoing moral support of the Festival and its organising committees. Indeed, the Commission continues to wholeheartedly extend its best wishes for a successful, memorable, and fruitful Tobago Carnival 2022”, it said in a statement issued on August 15.

Recall that due to the Covid-19 pandemic, the population both islands was deprived of carnival for two years but last February an event called “Taste of Carnival 2022” was held in Port of Spain to replace the traditional national carnival. Only vaccinated people were allowed to participate, and they were also required to wear masks and maintain social distancing.

The NCC is currently reflecting on the shape of the future “Carnival of Trinidad” in 2023.

The Tobago Carnival will take place from October 28 to 30, 2022, but various private initiatives complete the program.

October 28, at On-Board The Embassy: Finesse 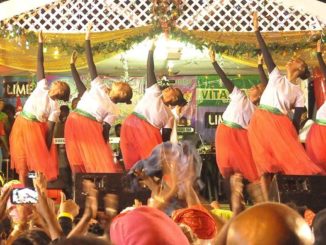 CULTURAL EVENTS and PUBLIC HOLIDAYS IN THE CARIBBEAN – DECEMBER 2022 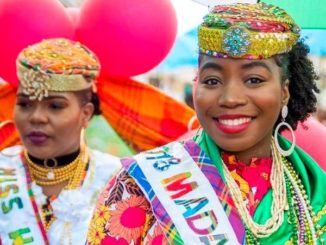 No Carnival 2022 in Dominica but some entertainment activities!