There were nine artists (one woman and eight men) on the artistic stage at the Memorial ACTe in Pointe-à-Pitre, on Tuesday November 20, on the occasion of the finish of the 11th edition of the Route du Rhum-Destination Guadeloupe, this famous race between France and Guadeloupe. During this concert scheduled from 8:30 pm to 10:00 pm, each musician invited the audience to listen to the tone of the drum from his territory : Guadeloupe, Venezuela, Reunion, Congo and India. The band also consisted of three singers from Martinique, Senegal and Dominica.

The name of the original music group is “Tambours Croisés”. This project to bring together men with several sorts of drums was launched by French Thierry Nossin who became the manager of the band.

It must be said that “Tambours Croisés” came back from a tour in French Guiana which took place from November 1st to 11 before arriving in Guadeloupe. If the great majority of the spectators at the Memorial ACTe already knew the drum ka from Guadeloupe, it was very interested to discover the various sounds of the other drums and especially the mixture result…

During an hour and a half concert, the audience heard Guadeloupean gwoka, Martinican bèlè and other traditional music created from this percussion instrument. The representative of the island of Dominica, the very well-known Gordon Henderson, was accompanied by these five kinds of drums to present a new version of his famous song “Rosita”. The artists also shown a dance steps mix on stage. The gwoka singer Rosan Monza was the guest of “Tambours Croisés” and performed two songs. At the end of the show, the crowd was satisfied with the music travel on several continents. 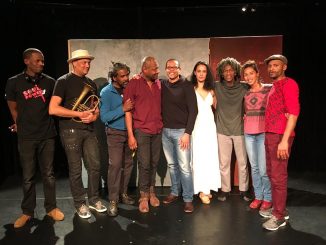 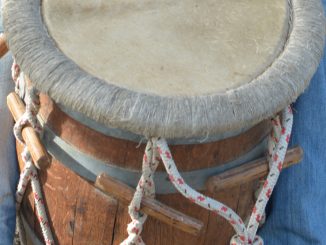 Our Videos Music of the Caribbean

Guadeloupe celebrated the arrival of the first Indians