From March 7 to 14, singer Nashoo was in the USA (Miami and New York City) for the shooting of “Thief ah Whine” video , the track she sings with American rapper Reime Schemes, performances and interviews to the media where she spoke about her career and Guadeloupean culture.

This Saturday, March 30, her interview will be broadcast on 3 different time zones by the cable channel “Simba NYC TV Show” in a programme watched by 4 million viewers. 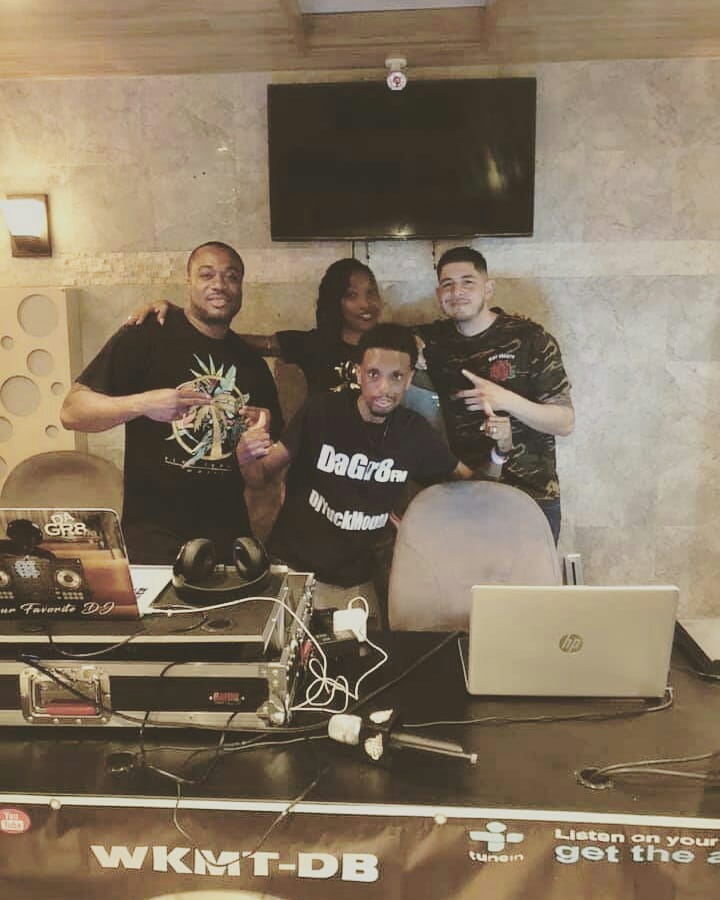 Jeff Joseph, the late Dominican singer of “Grammacks” and “Volte-Face” bands, would have been proud of his cousin.

Indeed, after sending her song “Tsunami” to Coast 2 Coast, this famous American singing competition that draws thousands of artists every year and winning the 2nd place in 2014 and after participating by performing, this time, live on stage with singer Haya and winning the 4th place in this same competition which was organized, for the first time, in London (England), Nashoo’s career takes a new turn not to the French territory but the American territory (see our article published on May 4, 2018). The young woman speaks French and English – her mother was from Dominica and her father is from Guadeloupe – and it is a great advantage for her.

This musical adventure continues with the release of her latest solo album and duets with foreign singers like Gahnaian DJ Manni, Sierra Leonean Supa Saa or American Reime Schemes. After a first trip to Florida last January, Nashoo stayed in Miami from March 7 to 11 and several things were written on her datebook.

On Friday March 8, she was interviewed by DJ Yuckmouth on “DA GR8 fm Radio” and she performed with rapper Reime Schemes at “Miami Live Venue”, the nightclub that belongs to Coast 2 Coast in the presence of the big boss, Lil Fats. That day, she also celebrated her birthday with the staff. 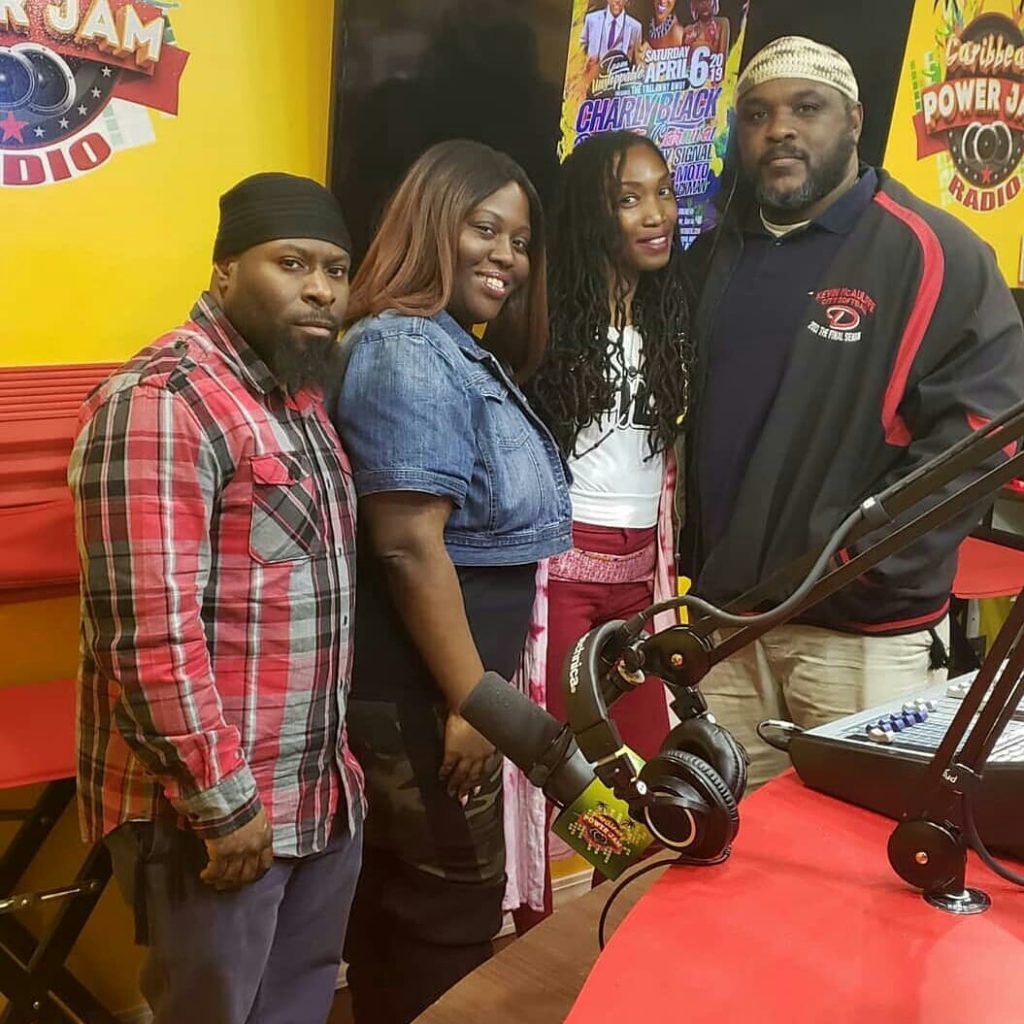 “A beautiful stay in Miami and New York”

On Saturday, March 9 and Sunday, March 10, both artists shot pictures for the video of their song “Thief ah Whine” on Virginia Beach in Miami. In the evening, the singer was at the “9 Mile Festival” (a Jamaican festival) that took place on this same beach. During her stay in Miami, “Caribbean Power Jam”, a great community radio in Brooklyn, invited her to come to the “Big Apple” for an interview.

On Tuesday March 12 in the morning, Nashoo arrived in New York then, from 7 pm to 9 pm, she participated in the programme called “Da Gallery” on “Caribbean Power Jam Radio”.

On Wednesday, March 13 in the morning, she was interviewed by par Shelda Smith on “Simba NYC TV Show”; this programme watched by 4 million viewers will be broadcast on this cable channel this Saturday, March 30, 2019 on 3 different time zones and is available on Youtube since March 23. https://youtu.be/cBdSvGDh9Vg.

Before she came back to Guadeloupe on Thursday, March 14, the artist also gave an interview to Caribbean young people on the campus of Brooklyn University for the programme “Talkin4Curry” on “Brooklyn College Radio” and another interview to the famous SinCity Sota on “F.L.O Empire Network Radio” in Manhattan.

“I had a fantastic stay in Miami and New York, people I met, in particular the African-American and Caribbean people – gave me a lot of energy. I also met artists in Miami who wanted to talk with me. I learnt a great deal from this experience in the USA and I am proud. I know that, thanks to my talent, I was invited to come to New-York when I was in Miami. The media wanted to know more about me and told me I worked a lot”, said the singer. 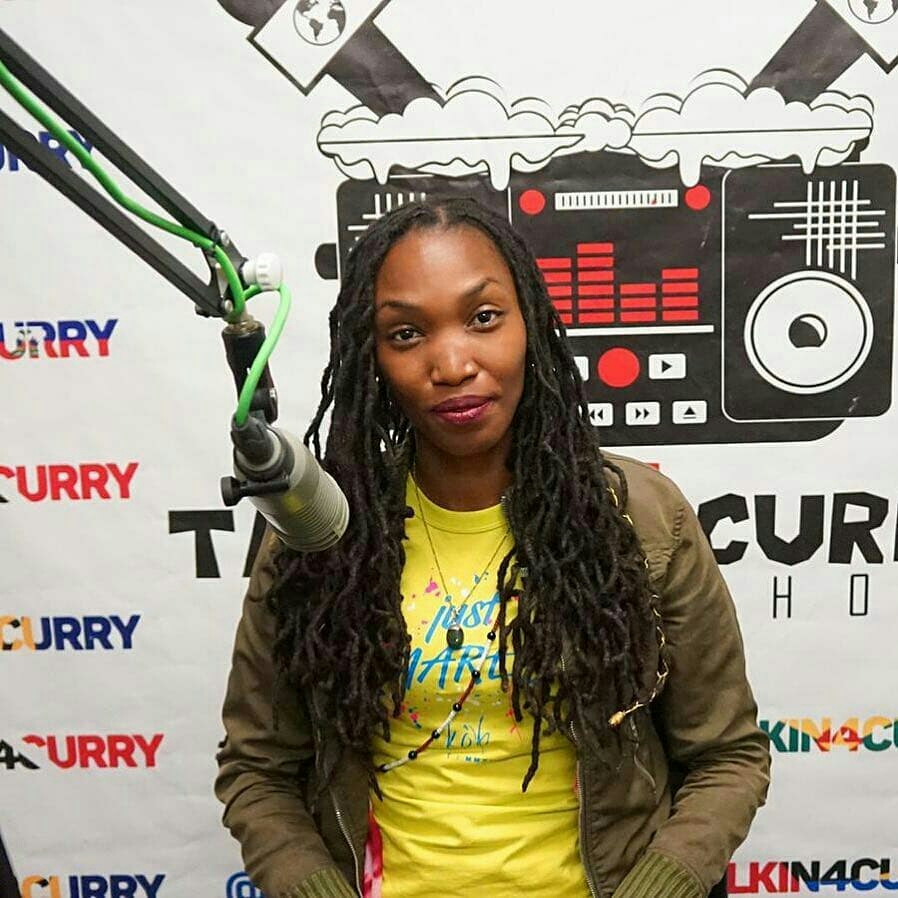 She continued in great detail : “The main question was : “what do you bring to the table?” As usual, I told about both Caribbean islands where I come from, Guadeloupe and Dominica. They wanted to know more about my culture, they were interested to know how music grows in Guadeloupe, to know our musical rhythms, so I talked about gwoka, zouk etc. I replied “I am Music” because I come from the Caribbean and I could not stay cloistered in a same musical style, it was difficult to make a choice. They told me I was a new voice, I represented the diversity of the Caribbean (…) I did what I could do whether Guadeloupe supports me or not. I was compared with Rihanna who comes from the same region (…) The universe blessed me and allowed me to meet all these beautiful people. I also understood that I had to create my own way to go through the doors the fate reserved for me”

Soon, Nashoo who grew up in Guadeloupe will go to Dominica, her late mother’s island, where members of her family – they are already proud of her – are looking forward to seeing her, including her uncle who is the “WCK” drummer. 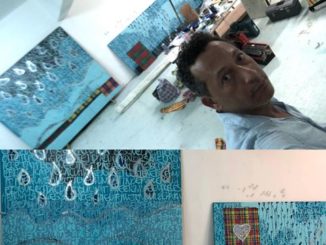 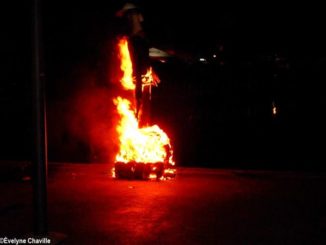