Despite the health constraints due to the Covid-19 epidemic, “Le Petit Jardin” was keen to organize the 38th edition of the Fête de la Musique, an opportunity to increase its revenue after remaining closed from March 17 to May 11, 2020, because of lockdown.

Launched in France on 21 June 1982 to encourage amateur and professional musicians to take to the streets and play a musical instrument, the Fête de la Musique has become a worldwide event.

This year, the 38th edition did not experience the same fervour as in previous years because of the global Covid-19 epidemic. Many events were cancelled, some were broadcast on social networks but others resisted and really took place even with a small number of participants.

This was the case at the restaurant Le Petit Jardin at 4, Barbès Street in Pointe-à-Pitre, Guadeloupe. José, the owner of the establishment brought forward the date of the event to Saturday, June 20, since on Sunday, all shops and administration in the city are closed… It must be said that this Sunday, June 21 was also celebrated Father’s Day.

Among them were the trio Mélodie Créole, led by guitarist Roland Vassaux, who performed various Caribbean music ; Eunice, guitarist and singer of the group Groove Karaïbe, who presented a biguine track and a beautiful cover of songs by the king of zouk-love, Patrick Saint-Éloi ; singer Nashoo who just released “Summer Love” with the king of dancehall in Sierra Leone, Supa Saa, who is the first Guadeloupean artist to sign with Empire Records, a California-based record company and performed many of her hits ; the talented musicians of Village Musical Pointois and singer Maritza, one of the stars of biguine in Guadeloupe, who inflamed the stage…

For several hours, the audience shared with these artists while tasting local dishes and everyone hopes that the 2021 edition of the Fête de la Musique will be celebrated without the coronavirus. 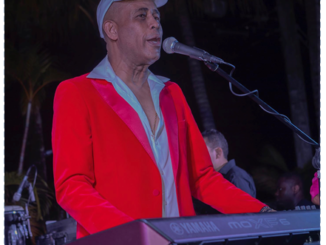 Stalked by his detractors, several concerts of the former President of Haiti Michel Martelly aka “Sweet Micky” have been cancelled