Published last December, this book of more than 140 pages and nearly 600 photographs, edited by Éditions Nèg Mawon, is presented as “a summary of stories, experiences, projections, actors, groups and movement” of Mas a Po in the carnival of Guadeloupe.

The initiative to make this work about the phenomenon of Mas a Po in Guadeloupe was launched in October 2017. “The Kolèktif Mas Kiltirèl which was created in 2004 had met in the premises of the group “Chenn-la” in Bergevin, Pointe-à-Pitre. We were preparing the 15th anniversary of the KMK and the president of the “Ka Mawon” group from Basse-Terre mooted this idea. So far, we had the brochure that we published and everyone agreed with him. I knew it would represent a lot of work but the “skin groups” needed this work”, says Alain Mozar who is the president of this association Kolèktif Mas Kiltirèl. The result is now visible because the book entitled “Mas a Po, Mas Kiltirèl Gwadloup”, with more than 140 pages and published by Éditions Nèg Mawon last December, is part of the collection of beautiful books that you must have in your library especially if you share the Mas a Po culture. And when we make the remark to Alain Mozar, he answers: “Mas a Po” that does not mean “Dirty Mas”, I fought so that the book was of high quality (…)”. It took a year for the author to prepare it.

In an effort of pedagogy, Alain Mozar divided the writing into 3 main chapters : “Actors and Acts” like the different Mas, the creation of the Kolèktif Mas Kiltirèl etc. ; “Identifiers” such as whips, incense, masks and musical instruments (drums, calabashes, conch shells etc.) as well as “Memories” such as communication spaces, the expression album etc…

“There is also a story in the book which is told by three characters: Kévin (8 years old), Nathalie (40 years old) and Antoine (over 60 years old). All of them experienced different phases, different evolutions of the Mas, they tell and meet and give their vision of this Mas. What is interesting is that Kevin, the youngest, says to the two oldest, Nathalie and Antoine: “You did a great job. You give me almost a gift, the truth about the Mas a po”, says the author.

One of the greatest successes of this book are the hundreds of images of all the Mas a Po in Guadeloupe. These pictures were taken by Alain Mozar himself who is a keen photographer. “The book features nearly 600 photos taken between 2015 and 2019. The selection was not very complicated since a first choice had already been made for the publication of the Kolèktif Mas Kiltirèl brochure but there are also new photos”, he specifies.

Parts of Guadeloupean culture and heritage

The preface to the book was written by Pierre-Édouard Décimus. The founder of the famous zouk band “Kassav” (with Jacob Desvarieux) begins his writing with the Creole lyrics of “Love and Ka Dance” composed by himself and his brother Georges (the bassist of the group): “…Lévé yo lévé o ka, Tanbouyé woulé tanbou, Fò’w kriyé lajénès pa oubliyé Senjan, Sonjé, sonjé, sonjé, Antan mas a Senjan, Ti moun, gran moun, vyé moun, Kouri an lari dèyè tanbou-la…” (Wake them up, wake them up with the Ka, Tanbouyé make the drum sound, You must tell young people not to forget Saint-Jean, Remember, remember, remember, At the time of Saint-Jean, Children, adults and old people ran down the street behind the drum). He says: “If this album released in 1979 is the translation of an intuition, 40 years later, the album book “Mas A Po, Mas Kiltirèl Gwadloup” reinforces my beliefs”. The musician says he “enjoyed reliving through the texts and the images of this album book, parts of our Guadeloupean culture and heritage”.

For him, this book is: “a mixture of ourselves, of what builds us, identifies us and makes sense to our “unique carnival”. Unique, first by its duration, each year from January 1 to Thursday of mid-Lent, its extent, at least the archipelago of Guadeloupe, its various forms and activities, here in particular the Mas à Po…”

For his part, Alain Mozar believes that “the Mas is an outgrowth of practices of our cultures, the Mas draws from our uses and customs. Some people criticize today the “ben démaré” but managing groups having between 500 and 1,000 people it’s taking a huge risk in the street. Can we criticize the president of a group who tries to put everything on his side so that there is no problem, no accident?”, he explains.

At the end of the book, we will find the list of names of people who worked in the world of the Mas, some have already died, others are no longer in exercise, others are still active. There is also practical information such as the list of “Gwoup a Po” (skin groups) and their contact details. 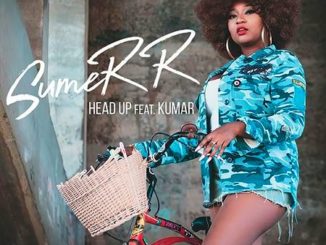