It was with great sadness that the world of culture, more precisely of gwoka music and carnival, as well as the world of sport, have learned of Léon Leborgne’s passing, on 24 September.

Kariculture had met him in May 2019 when we were reporting on the World Kréyòl Art Festival in Pointe-à-Pitre. Passing by rue Raspail, painter Patricia Barchant and I entered the premises of the 50/50 association out of curiosity. Léon Leborgne received us warmly and told us that he was very attached to this cultural association, that he was now living there with his family to devote himself fully to his mission, he showed us some of the handicrafts already on display in the room he was setting up, he also asked us to join the carnival group because he wanted more women to participate in the new influence that he intended to give back to Senkant-la (50/50) with his partner and all the members of the association.

I was not part of the group because, every Sunday, from January onwards, I had to report on all the parades of skin groups (gwoup a po) in the streets of Pointe-à-Pitre and Les Abymes, but Patricia Barchant participated in the musical training of the carnival group and she said she was seduced by the 50/50 music, that she found different from the others, and she also paraded with the group for a few Sundays… Léon Leborgne and I had an appointment for an interview but something came up and we had to meet again, and then the lockdown happened… That’s life! Let’s hope that other members take up the torch so that 50/50 does not disappear from the Guadeloupean carnival landscape.

The Kolèktif Mas Kiltirèl (KMK), which brings together 26 Mas a Po carnival groups, also paid tribute to Léon Leborgne, the craftsman, artist, musician, president of 50/50 and member of the KMK: “(…) you devoted your life to your loved ones, to popular, sporting and cultural activities with a certain idea of the country, a vision of culture. You wanted the collective action of the Mas a Po movement groups to succeed. For the KMK you committed. You did. (…) Léon, on nonm djòk, with a frankness that was often disturbing, even embarrassing (…) Léon, a warrior, a fighter, committed with great ambitions (…)”. 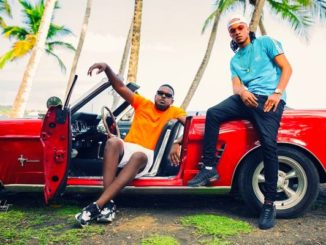 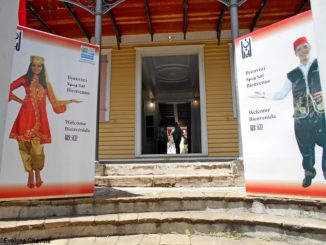