As part of the 35th European Heritage Days (EHD) which took place from 15 to 16 September, the Atelier Odyssée located at the corner of Dugommier and Victor Hugo Streets in Pointe-à-Pitre hosted the exhibition entitled “Historical heritage of Pointe-à-Pitre – Rebuilding of facades of historic buildings” by architect and urban planner Jean-Bernard Lamasse.

As a precautionary measure related to the arrival of the tropical storm Isaac, the municipality of Pointe-à-Pitre (City of Art and History) had canceled all planned activities As part of the 35th European Heritage Days, visitors were able, however, to visit the exhibition entitled “Historic heritage of Pointe-à-Pitre – Reconstruction of facades of historic buildings” by architect and town planner, Jean-Bernard Lamasse, organized at the Atelier Odyssée.

Jean-Bernard Lamasse, aka JB, is from France. Settled in Guadeloupe for thirty years, this architect and urban planner managed for 25 years the agency called “Tropisme” which, among others, drew the plans of “La Maison de la Mangrove” (The House of Mangrove) in Les Abymes. Now, JB is retired, however, he does not have time to be bored in his new life because he studies and draws the facades of buildings in Guadeloupe. “At first, I was drawing only when I had a little extra time. Several years ago, I started drawing facades of houses in Ennery Street in Pointe-à-Pitre. And then, when I went for a walk in the streets, I had five or six drawings more… Today, I have about fifty”, Jean-Bernard Lamasse said.

When asked why is he so interested in the facades of buildings, he answered: “a facade is like a person’s face, there are, for example, the proportions, the color… Everything goes through the face. I addition, I found that there is such a richness in these facades that, unfortunately, was unknown; there is a lack of communication, a lack of enhancement with thematic posters, postcards (…)”, he said.

A book dedicated to facades in 2019

Even if the architect is also interested in facades of the buildings in the capital of Guadeloupe, Basse-Terre, and the towns of the leeward coast he is currently concentrating his attention more on those of the city of Pointe-à-Pitre because he decided to prepare a book on this subject that will be published in 2019. So, he studied almost all styles of construction (military, colonial, Ali Tur) that the city has. In the 19th century military architecture, for example, there are: the Sub-Prefecture, a former barracks dating from 1850; Rémi Nainsouta Cultural Center, a former hospice built in 1847; the Carnot High School, a former military hospital that was built between 1844 and 1860. There are also the pavilions and town houses of the 19th century as the L’Herminier Pavilion (1874), the Pavilion of the City and former presbytery, the media library and old town hall (1885), the house where was born Saint-John Perse (Guadeloupean writer and poet, winner of the Nobel Prize for Literature in 1960), the Saint-John Perse Museum, the Schoelcher Museum (1888), the Cinema-Theatre “La Renaissance” (1930), without forgetting St. Peter and St Paul’s Cathedral and the administrative buildings as the head office of the Darboussier Factory (1950), the harbor master’s office as well as all the beautiful and rich houses of the 20th century…

Now, the architecture of Pointe-à-Pitre holds no secrets for Jean-Bernard Lamasse and he wants to share his passion. 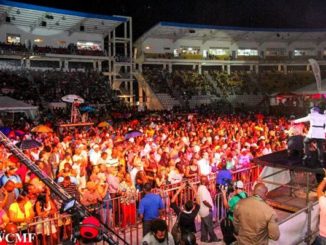 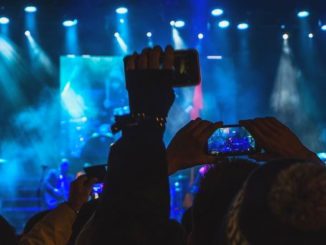