Do you know the Catapult project? The most informed may have heard of this great project to help Caribbean artists who, as we know, are deeply affected by the Covid-19 epidemic. But many people, especially cultural actors in Guadeloupe or Martinique, have never heard of it, as well as some media in the French Caribbean. Presented as a project for the whole Caribbean, it selected at least 96 (almost half) Jamaican cultural actors out of the 236 places available. 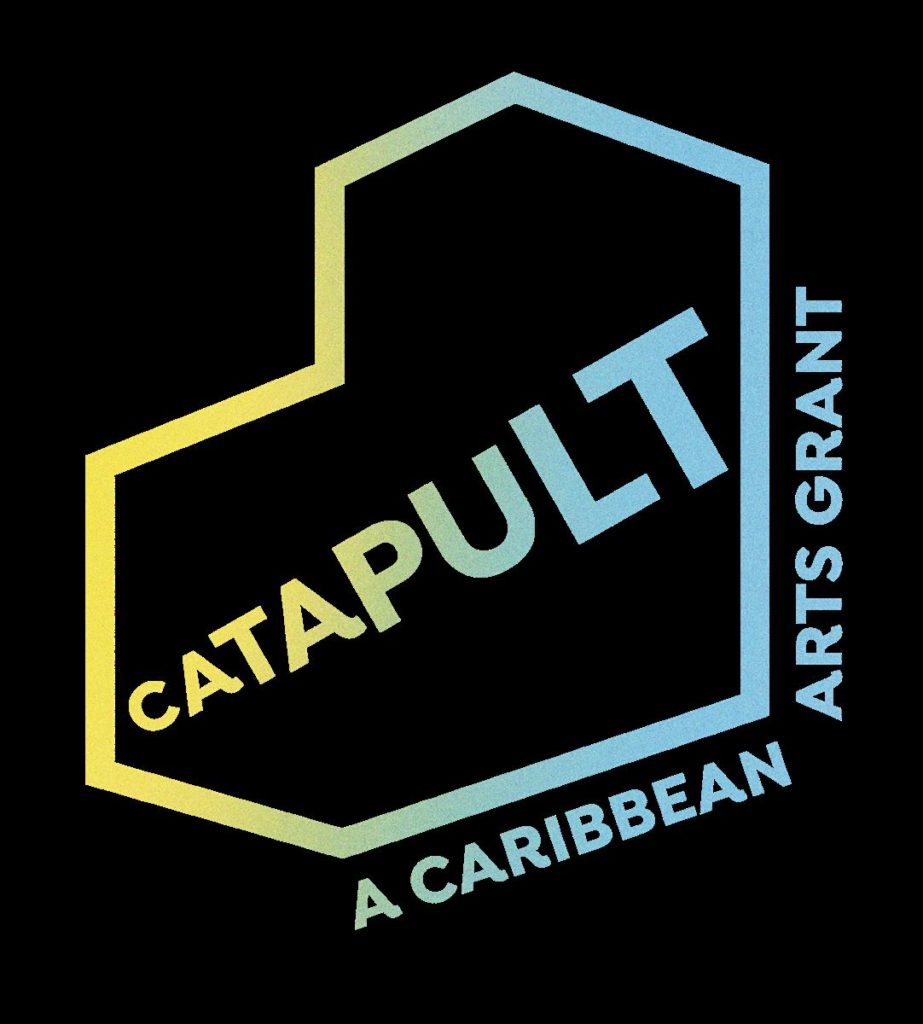 Kariculture discovered this project quite by chance on the internet last October. We then sent two emails to the association which is piloting this project, the American Friends of Jamaica (AFJ), based in New York, to get the results since we were late on its development, which had already been underway for two months, but we received no reply.

We then contacted the Barbados-based Fresh Milk Art platform, which is part of this major artistic project and it sent us, last week, some information that we would have preferred to receive much earlier in order to disseminate it to the greatest number of Caribbean artists possible.

For the moment, we do not know how this project was promoted in the other Caribbean territories. However, we do know that in Guadeloupe, where the webmagazine Kariculture, specialized in Caribbean culture, is based, very few people were aware of the launch of this project. Among those who were informed was the art critic Nathalie Hainaut whom we interviewed and who told us that she had sent contact information of some local media to Annalee Davis, Director of Fresh Milk in Barbados. So why did not we receive any press releases? Kariculture can be reached in various ways, notably through its “contact” address which appears on the website and through social networks, so if someone wants to send us information, they can do so. This art professional told us that she informed artists about the launch of this project on social networks, so why many artists in Guadeloupe do not know what Catapult is?

We do not know how many cultural professionals (art critics, cultural directors, artistic associations etc.) were aware of this project here in Guadeloupe but if there was a withholding of information in order to promote only certain local artists considered more “suitable” to participate in this project and to prevent a large number of artists from applying, then this is very serious.

The language barrier, the non mastery of English more particularly, can be a obstacle for our French Caribbean artists, but if they want to integrate these already well-established networks and want to be considered as full Caribbeans, they must not hesitate to take part in these different projects. Note that the Catapult project was in four languages: English, French, Spanish and Dutch.

Moreover, some artists in Guadeloupe and Martinique who have an established career and who are already on the international circuits had no trouble being informed about the Catapult project, but if they had been able to disseminate the information to their colleagues, the whole French-Caribbean artistic world would be strengthened.

We did not receive any response from the AFJ, but this organization and all others should know that when they set up projects to solicit funds on behalf of French artists in the Caribbean, these artists must take part and the media, which are also relays in these territories, must be properly informed. The impression we have at Kariculture is that our artists have been “forgotten”, perhaps some people here or elsewhere consider that, because they have French nationality as well as European citizenship, they are not as much in need as other Caribbean artists!?

Having made this clarification, it is time to find out what exactly this Catapult project was all about.

Last August, the Open Society Foundations granted a fund of US$320,000 to the American Friends of Jamaica, in collaboration with Kingston Creative and The Fresh Milk Platform to provide assistance to artists, creators or cultural practitioners throughout the Caribbean, (all languages combined) to deal with the consequences of Covid-19 on their activities.

The 6 programmes of Catapult

1-The Caribbean Artist Showcase programme aimed to maintain or improve the visibility of artists by allowing a global audience to know and support them during this period. The selected works were to be published on the Catapult platforms, among others. 40 artists, creators or cultural actors were to be chosen and each was to receive a grant of US$500; the deadline was September 15, 2020.

2-For the Caribbean Creative Online programme, artists were required to record or broadcast live a performance, conference, webinar, workshop or any other activity lasting between 10 and 60 minutes in their mother tongue. 100 artists were to be selected and were to receive a grant of US$500. The promotion was to be done through Catapult‘s platforms. The closing date for applications was September 1, 2020.

3-The Consultancy Vouchers programme was designed to provide professional expertise to artists, creators or cultural actors to set up a website, social network platforms or e-commerce. 40 artists were to be selected and receive a voucher of US$ 500 to be used for the development of their work. The deadline was September 8, 2020.

4-As for the Digital Creative Training programme, it started on August 24, 2020. These were free online digital workshops to help artists develop their digital knowledge and business skills. There was no selection, just registration for the sessions in Dutch, English, French and Spanish. Places were allocated on a first-come, first-served basis.

5-Regarding the Lockdown Virtual Salon programme, it aimed to reduce the isolation of artists by a 1-hour oral conversation (after preparation) broadcast live from their home or studio. 32 cultural actors were to be selected and receive a grant of US$ 500; the deadline for applying was August 21, 2020. The salons were scheduled between September 21 and November 13, 2020.

6-Finally, the Stay Home Artist Residency programme offered 24 artists, creators or cultural actors the opportunity to be supported while staying in their studios or workspaces. Each was to receive an allowance of US$3,000 (US$1,500 per month) to produce works for 2 months. The 8-week residencies were to be staggered from August to November 2020 as follows: group 1: from September 21 to November 13, 2020; group 2: from October 5 to November 27, 2020; group 3: from October 19 to December 11, 2020. The deadline for applications was August 21, 2020. 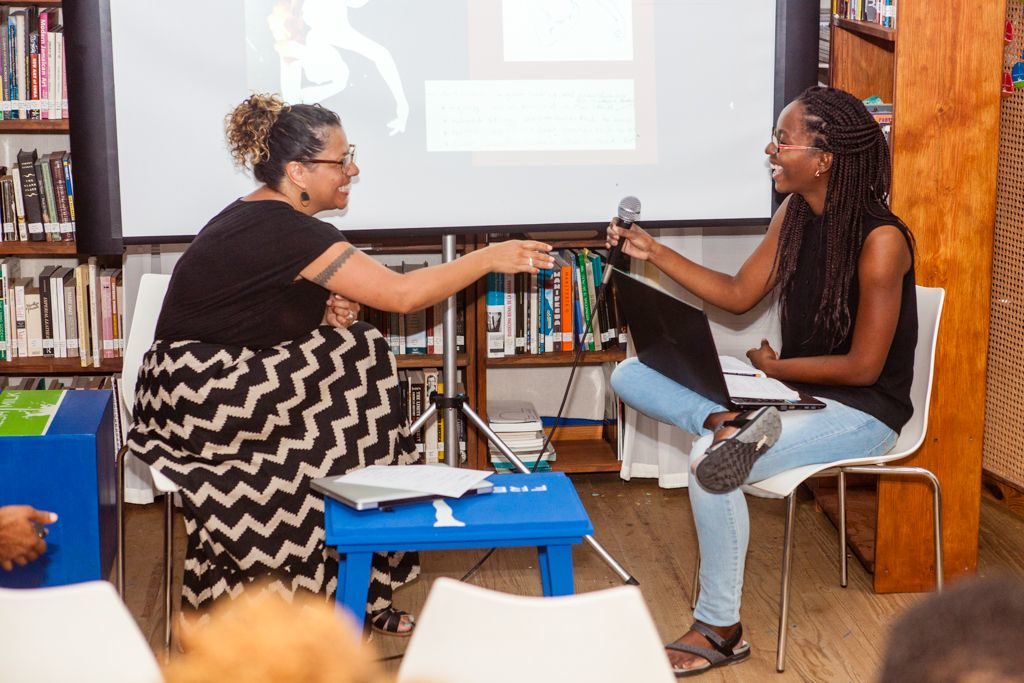 As we see, the Catapult project is an important project for artists, creators or cultural actors from the insular and mainland Caribbean, including Bermuda.

The objectives of the grants were also to encourage the creation and online dissemination of work that highlights issues related to “culture, human rights, gender, LGBTQIA+, and climate justice which are critical themes for the Caribbean”, according to the organizers.

In October 8, a press release from Kingston Creative, that we received now, announced 405 applications for a possible 236 places, 215 winners had been awarded a grant and 960 people had subcribed for the Digital Creative Training programme, this resulted in a total of 1,175 cultural actors involved in the Catapult project…

In Guadeloupe, the few media (2) that spoke about Catapult published the information from this press release dated October that is after the promotion, registration and selection deadlines were made.

After a quick calculation, we note that the number of Jamaican artists, creators or cultural actors who were selected and awarded a grant is 96 out of 215 of the places offered by the Catapult project (almost half of the total). It should be noted that, as specified in the project documents, the artists were “selected from the English, French, Spanish and Dutch speaking Caribbean by an independent regional jury”…

Moreover, it would not be surprising that of the 960 people enrolled in the Digital Creative Training programme in October, many are from Jamaica…

Gwladys Gambie (Martinique) and Kelly Sinnapah Mary (Guadeloupe) were chosen for the Stay Home Artist Residency programme. The other two French islands, St. Martin and St. Barthélemy, are not included in this project, according to the documents we consulted.

Should we be satisfied with these few names? No, because too many French-Caribbean artists, creators or cultural actors complain about being informed of this type of project only when applications are closed or after these projects were completed…

Guadeloupe Carnival : the “Mas” to laugh, to cry or to think

Bacchanal Jamaica : young but so hot 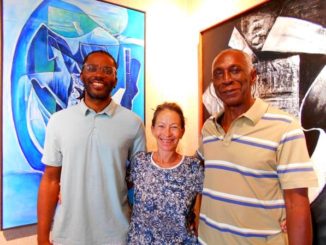 Nathalie Hainaut: “Too many people continue to think art is reserved for an elite”