On the occasion of its 22nd edition, the “Regional and International Film Festival of Guadeloupe” had an appointment with the professionals of the 7th art and with the moviegoers between February 19 and 27, 2016. This year, all the cameras were aimed at a great Asian guest : China.

After more than twenty years of existence, the FÉMI launched by some women (among them Felly Sédécias) who wished to share their passion for cinema with the Guadeloupean audience, reached its maturity. Today, the organizers can present positive results with a total of 130 000 spectators, the broadcasting of tens of movies come from all the continents, the organization of various workshops on scenarios writing, shooting, presentation of the cinema and audiovisual industry etc.

Therefore, this year, it is without any fear that FÉMI decided to welcome China and its booming film market with about 5400 cinemas that open their doors every year in the country, some talented directors such as John Woo (The Killer) and Zhang Yimou (Raise the Red Lantern ) as well as numerous international awards (César, Golden Lion, Oscar, Golden bear, Golden Palm). The world’s leading economic power was represented in Guadeloupe including by Li Shaopin (Minister, Cultural Councillor of the Embassy of China in France), Jiansheng Liang (First Secretary of the Embassy of China in France), Xiaoling Zhu (director of “The Rice Paddy”), Gan Guo (erhu player, a Chinese traditional instrument).

After several famous names of the 7th art among them Dany Glover, Euzhan Palcy, Angela Bassett, Jimmy Jean-Louis, Firmine Richard or Andrew Dosunmu, it was Philippe Muyl who acted the part of special guest for this 22nd edition of the “Regional and International Film Festival of Guadeloupe”. The French director and scriptwriter whose last movie released in 2013, “Le Promeneur d’Oiseau” (Ye Ying), represented China at the 2015 Oscars ceremony. Among the Caribbean guests were Arnold Antonin (Haitian director and producer), Khris Burton (Martinican director) and Luis Alberto Notario Barrera (professor in Havana Art and Media Faculty and director of the magazine dedicated to cinema, art and culture, Cubanow). 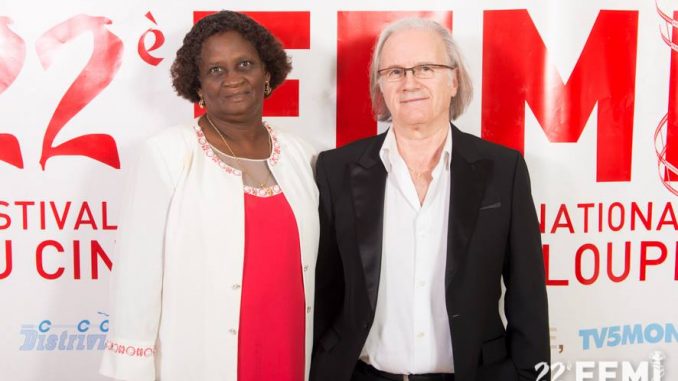 This year, the most important French-speaking cinema festival in the Caribbean which wants to promote the film works and the film-makers native of this region had planned the screening of 65 movies from China, Cuba, Puerto Rico, the Dominican Republic, Trinidad and Tobago, New Caledonia, Colombia, Brazil, France, Martinique, Guiana, Guadeloupe, Argentina and the United States. Out of a total of 2000 movies received by the association Images et Culture du Monde, only 24 feature films, short films and documentaries (19, last year) were selected to compete. The president of the four juries was Dominique Moussard (director of the Theatre-Cinema L’Espace Jean Vilar in the town of Arcueil in France).

The part “FÉMI Youth” allowed the pupils in film class (including some from Martinique) and in L’École de la 2ème Chance (School of the 2nd Chance) between 18 and 30 years old to be at the screening of movies, to participate in creative workshops and workshops for image education.
As for the part “FÉMI in the Walls”, it gave the opportunity to the prisoners to participate in introductory courses in film analysis, to watch movies, to talk with the directors then, to award the “Trophy FÉMI in the Walls, Short Film”.
In order to democratize more cinema, screenings and meetings in libraries, multimedia libraries, cultural centres and in open-air were also organized in 14 municipalities within the framework of “FÉMI in the City”. 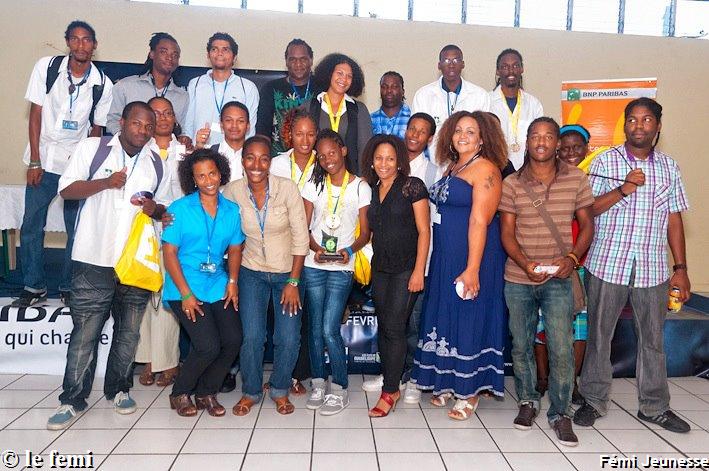 A future cooperation between China and Guadeloupe

One of the moving moments of the festival was the meeting with Christian Lara – regarded as “the father of the Guadeloupean cinema” since his movie “Coco Lafleur”, shot in 1979. The latter presented his last movie “Intimité”, made in the United States.
This major film festival closed at the Ciné-Théâtre du Lamentin by the prize-giving ceremony to the directors. Next October, the award-winning films will be broadcasted at the Auditorium de la Ville de Paris during the 8th edition of “FÉMI Paris” and the 3rd “French Overseas and Caribbean Film Promotion Day” at L’Espace Jean Vilar in Arcueil.
The current FÉMI president, Lucie Major, announced a future film cooperation between China and Guadeloupe, we shall see how it will become a reality. 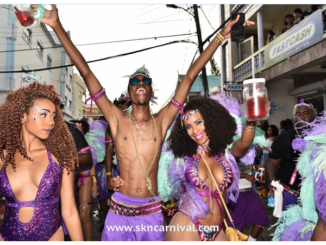