For the ninth consecutive year, the Alliance Française of Puerto Rico presents its European Film Festival that will be held from April 12 to 18 in the rooms of the Fine Arts Café in Miramar. This year, the organizers decided to pay special tribute to the legendary French actress Jeanne Moreau, (died in August of last year), showing one of her most famous films : “Jim et Jules” by director François Truffaut.

The Festival is made possible, among others, thanks to the support of Total Petroleum Puerto Rico, UBS Financial Services of Puerto Rico, the Development Program of the Film Industry of DDEC, Liberty and WIPR.

The offer of this festival, the only one which is dedicated to European cinema in the country, brings several innovations.

Under the label of “Directors to watch”, appear in the programming eight films by directors who were already on the bill in previous editions, the proposal is that the spectator can enjoy the evolution of their filmographies.

The imaginary worlds and the dilemmas of masculinity are also one of the main themes of this edition of the festival. Several of the films to watch explore the relationship of man with his complexities and frailties and also with the women he loves and admires.

The billboard also includes three Puerto Rican films. The first one is the world premiere of a movie by the actor Modesto Lacén who puts on his director’s hat, for the first time. This is a short film of a new type : “witty comedy”, entitled “Ese olor a lechón”.

“Ser Grande”, Karen Rossi’s full-length documentary, will also be part of the Puerto Rican film festival. This work that portrays the social, educational and emotional challenges faced by three teenagers from the Luis Llorens Torres Residence, was recently premiered in Puerto Rico and is presented as having an interesting parallelism in the documentary “Speak Up” (À Voix Haute), also programmed by the European Film Festival and, in France, was a real box office success. Its director, Stéphane De Freitas, follows up on several young people who participate in a speech contest at the University of Seine-Saint-Denis, in the North of Paris. Precisely, one of the international guests is Leïla Alaouf, one of those students. Alaouf, a Frenchwoman of Syrian origin, comes to break the generalized stereotype of a Muslim woman: she wears a veil, but she is a feminist.

As for the competition of Puerto Rican short films that takes place since 2012, this year, the organizers decided to invite several Puerto Rican documentary filmmakers to participate and they bet on the documentary form, also in short format and on the sole condition that the narrated stories are “character driven” (dramas of human character).

The three directors who will compete for the “Audience award” in the contest are Oswaldo Colón, Llaima Sanfiorenzo and Gisela Rosario. 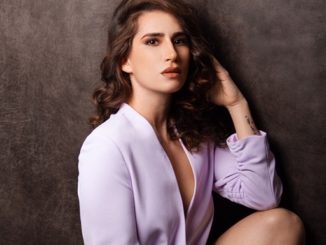