During the 4th edition of the Congress of Caribbean Writers held from April 15th to 18th, 2015 in Guadeloupe with the theme “Travels, migrations and diaspora in the Caribbean literatures”, the Haitian writer and psychiatrist, Joël des Rosiers, presented his analysis of “deterritorialization” problems from the word “métaspora”.

Joël des Rosiers bases his judgement on his work entitled “Métaspora : essais sur les Patries intimes”, published in Montreal (Canada) in 2013 by Triptych Publishing, to set out its vision of deterritorialization. The Haitian author who knew exile with his parents during the Duvalier dictatorship highlights that the victims were numerous and his native land was crossed by indigenism, Antillanity, and Creolity. According to him, poetry becomes “an act of resistance, an opposition force”, hence the term “métaspora”, “spora” meaning “resistance” and “meta” is “after”, “beyond”.

To explain this phenomenon of “deterritorialization”, he looked into the new techniques of information and communication (NTIC) that create a “virtual community, enemy of nations” and a surveillance of citizens who become“internal enemies like the 250,000 Haitians denationalized in the Dominican Republic”, says Joël des Rosiers who is committed to defending human rights and illegal immigrants.

The Haitian author also analyzes the word “diaspora” which has the sense of “dispersal” and “punishment”, in times past only limited to the Hebrews before being used in the social sciences. If Joël des Rosiers admits that the diaspora suits perfectly the world today, however, he regrets that it gets rid of “punishment”. So he refers to the ban on maintaining family ties on the plantations for the African slaves what showed how violent was the master. He says that the captives had nothing – neither writing nor capital – to build (the Negroes don’t have Sion) but they had a memory. The Haitian poet who is also a doctor sees in exile a“traumatic break”.

“I speak in favour of an intimate homelands factory, without origins, which can’t be palpated, which can’t be prohibited by any authority (…) I think as a poet, I write as a poet so, freely (…) My judgement is based on an absence. The poet does not consider the word as a sign, first it is a sound. The poet tries to produce a protest inside the sense”, he says. 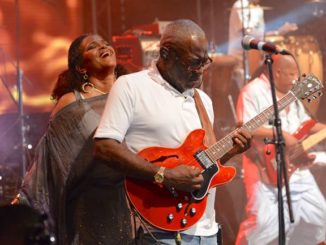 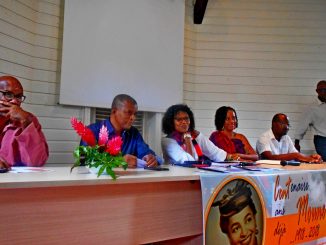