On December 17, 2014, when Presidents Raúl Castro and Barack Obama simultaneously announced the re-establishment of diplomatic relations between Cuba and the United States broken for more than half a century, a new chapter in the history of both countries opened. 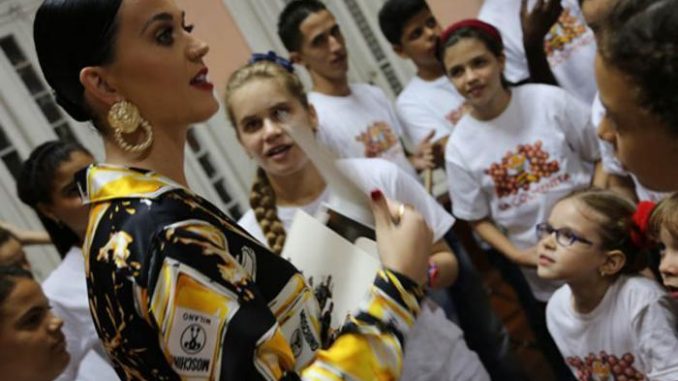 What happened shook large parts of the national and international community and changed abruptly Cuba’s conditions and position in the world. For the first time in the 21st century, the Caribbean island sat at the negotiating table on an equal footing with the most powerful country in the world. So yes, without admitting the loss of its sovereignty, nor renouncing its principles of social justice and to demand the immediate lifting of the economic and commercial blockade imposed by the United States, more than fifty years ago.

The beginning of the long process took its first concrete steps with the release of Cuba from the list of “state sponsors of international terrorism” and the opening of embassies in both countries on July 20, 2015, and finally with Obama’s historic visit in Cuba last March.

So, during the last two years, travel to Cuba of United States citizens (over 163 000 in 2015) and cultural, scientific, academic and sports exchanges between both countries increased. According to data supplied to the Cuban press by Josefina Vidal, Cuban diplomat and Chief Executive Officer for the United States in the Ministry of Foreign Affairs of Cuba, at the end of 2015 were realized over 1,300 exchange activities between Cuban entities and their American counterparts, representing a 43% in grow compared with 2014.

However, the challenges between both nations remain important and complicated. 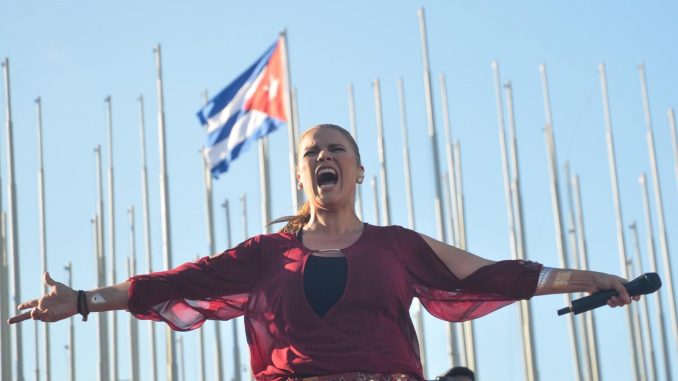 The thaw in relations aroused a wide positioning of the theme “Cuba” in the international media schedule. Although the island was already popular with Europeans and Canadians as a seaside resort at low cost, now the number of American visitors is booming in Cuba.

At the same time, a whole host of stars began to arrive with the hope to know a country under decades of difficulties, isolation and confrontation which, supposedly, opened up to the world and vice versa.

Suddenly, Cuba was a piece of news. Photos of the streets of Havana flooded social networks and the headlines of trashy magazines because of the personalities who appeared there. We must clarify that, some time ago, the visit of a showbiz star was an unusual event – as was Beyoncé and Jay-Z’s visit in 2013 – and the few personalities who came did it in private travel and with absolute confidentiality, far from any media coverage.

But today, no one is hiding by treading Havana.

Among the first people to land was the socialite Paris Hilton, heiress to the hotel empire who was at the 17th International Festival del Habano with the model Naomi Campbell who, on other occasions, had visited Cuba. Then, the Barbadian singer Rihanna set fire to the public highway with an ardent and sensual photo shoot (she posed nude), performed by Annie Leibovitz for Vanity Fair. 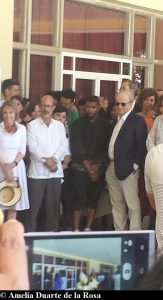 At the end of last October, Katy Perry from California visited several facilities in Havana. A week earlier, Mick Jagger was visiting for the first time the island and put out feelers for what, later, was to become The Rolling Stones historic concert.

Also took advantage of the thaw, the world champion in boxing Floyd Mayweather and singers Jon Bon Jovi and Usher who got married on the island in 2015 and then returned as a member of the delegation of the Presidential Committee for Arts and Letters of the United States.

Of course, in this long list of the constellation of the cultural industry, the well-known Kardashians could not be absent even if the stay on the island of Kim, Khloe and Kourtney and the filming of their reality show went unnoticed, almost nobody cared. 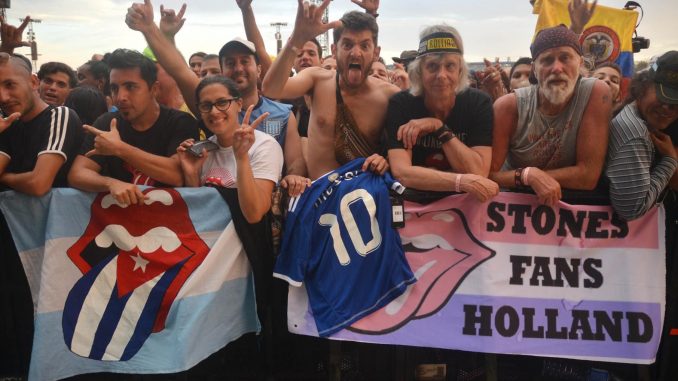 In this short time, the Cubans also benefited from concerts by artists who are famous around the world, such as Chinese pianist Lang Lang, Portuguese singer Dulce Pontes, Puerto Rican Olga Tanon and Dominican Johnny Ventura.

However, among the most famous shows in the Cuban capital, there were the concerts of The Dead Daisies group, in February, 2015 ; DJ Diplo, at the Tribuna Antiimperialista ; and the legendary performance of its satanic majesties The Rolling Stones, last March.

The Stones brought together hundreds of thousands of fans not only from Cuba but also from around the world. During more than two hours, The Rolling Stones made crazy a superheated crowd who lived fully a dream come true.

The group performed the “classics” songs of its repertoire whithout forgetting mythical “Satisfaction” and “Sympathy for the Devil” and other classics as “Start Me Up”, “Paint it”, “Black and Brown Sugar”.

The free concert which ended the tour Olé Tour took place at the Sports City and, for all, it was a historic moment which, no doubt, will encourage other major groups to come to Havana.

More recently, the capital was the scene of the shooting of the final episode of Showtime comedy, House of Lies, and the last deliveries of the successful sagas Transformers and Fast and Furious.

The filming of the latter film revolutionized half of the city with the closure of several streets which earned it many detractors. For others however, it was entertainment and total revelation that allowed them to discover all these Hollywood high-tech gadgets, to welcome and to take pictures with the actors Vin Diesel and Michelle Rodriguez. 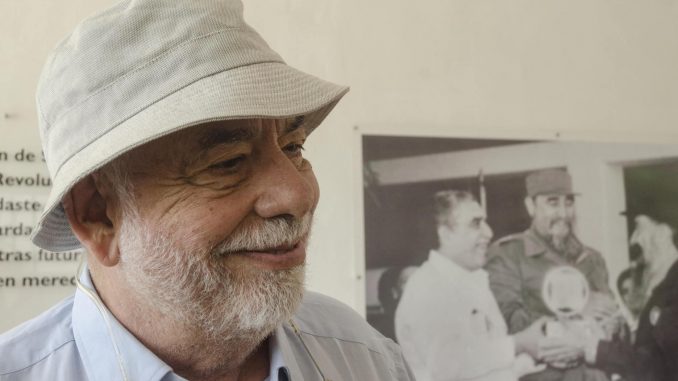 The search for social justice

However, if there is an event that made Cuba definitely fashionable, it was the presentation of the lastest collection “Chanel Cruise”.

German designer Karl Lagerfeld, creative director of the European fashion house and one of the current fashion icons, chose the island as the first place in Latin America to realize the outdoor parade and put on his exhibition which presented over 200 photos regarding fashion, architecture and landscapes.

The last of the big shows of “the opening” was held on the Paseo del Prado in Havana and occurred one day after the arrival in Havana of the first cruise from the United States for over 50 years.

But, the debauchery of Chanel’s glamour in the Caribbean country was not only focused on clothing design, the show was staged : more than 150 “almendrones” were hired, these are old American cars dating back to the 1930s, 40s and 50s that still run in Cuba and they closed the Havanese Prado and its surrounding streets, which disturbed many Cubans, who, even remotely, could not see the parade. Because let us be clear, the parade inspired by the colors of Cuba and performed in Cuba was not, even close, for the Cubans.

Through this long process of opening, it still lacks the balance between what we want and what we want to see and to enjoy as a people. It has been said from the beginning : without giving up our principles of social justice.

The trend to get close to Cuba, to know it and to live it at the maximum will not decrease so quickly. Although at the beginning many people thought it would only temporary, by opportunism, today’s reality shows that every time, those who will come will be more famous and attracted not only by the novelty of the unknown but also motivated by the very rich cultural heritage of the island and interested in having a frank cooperation of feedback.

Whereas end these lines, Cuba is preparing to participate in Rio de Janeiro Olympic Games with a large delegation of athletes who will wear for the first time in Cuban sporting history a wardrobe designed by the famous French designer Christian Louboutin.

And as if all this was not enough, the monarchy of pop also wanted to celebrate the “Isla Bonita”. Yes, Madonna, herself, came to Havana to celebrate her 58 years. She came with her children, the eldest, Lourdes Leon, is from her relationship with Cuban fitness trainer Carlos León. The queen came, danced and had fun at La Vitrola, a bar located in Havana’s historic centre. She walked the streets of Old Havana and stayed at Saratoga Hotel, in front of the Cuban Capitol. 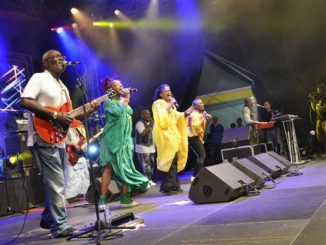 Kassav’ celebrates its 40 years, do our young people spit on zouk?