As announced last June, Euzhan Palcy was awarded an honorary Oscar for her entire work on Saturday, November 19 in Los Angeles. 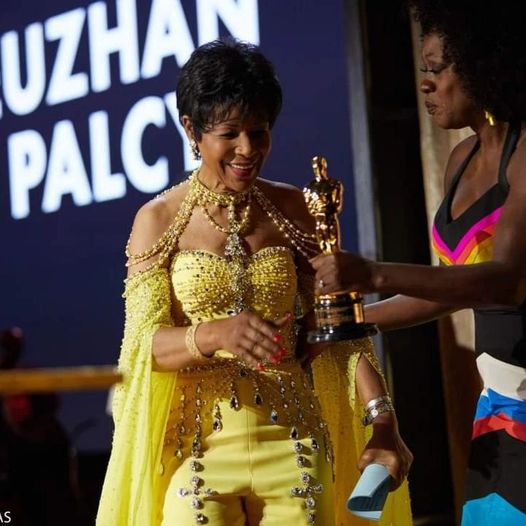 It was American actress and producer Viola Davis (the first black woman to receive an Oscar in 2017) who gave her the much coveted statuette.

In addition to the director, other personalities from the Hollywood film industry were also honored at the ceremony namely, Diane Warren, Peter Weir and Michael J. Fox (Jean Hersholt Humanitarian Award).

For this “great emotional moment”, the 64-year-old director gave a vibrant speech in English : “I hate my accent when I speak English”, she said, asking guests to support her with applause.

“No one reaches this stage (referring to where she was that Saturday night) alone. I would not be here without the wisdom and love of all those who joined me in my journey”, said the director, certainly thinking about how far she has come since her first TV film entitled “La Messagère” when she was only 17 years old and her first film “Rue Cases-Nègres” in 1983…

Then, she thanked, among others, her grandmother Camille, her father Léon, her mother Mireille, her mentors Aimé Césaire, François Truffaut as well as Robert Redford who, in 1985, opened the doors of the Sundance (American independent film festival) writing workshops to her where she could write her film “A Dry White Season”.

Euzhan Palcy did not forget to warmly thank all the spectators from all over the world because, according to her, it is thanks to them that her films became today “classics”. She also thanked the Allmighty God.

To those who asked why she has not offered any films to the public in recent years, Euzhan Palcy replied : “If I did not make films for a few years, it is because I decided to keep silent, I kept silent because I was exhausted, I was so tired of being told that I was a pioneer (…) Black is not bankable, female is not bankable, Black and female are not bankable. Come on, guys, look at my sister Viola standing by me!”, she declared. American actress is currently starring in “The Woman King”, a film about the female warriors responsible for protecting the Kingdom of Dahomey (now Benin) in the 19th century…

Martinican director continued her plea for diversity in cinema : (…) Black is bankable, female is bankable, Black and female are bankable”, with as a witness the famous African-American actor Chadwick Boseman of “Black Panther” (a film that has earned $1.3 billion), who died in 2020 at the age of 43. Euzhan Palcy underlined her desire to unite the world through her art : “My camera, my miraculous weapon. With my camera, I don’t film, I heal (…) My stories are not black, my stories are not white, my stories are universal, they are colourful”.

The artist once again thanked the Academy of Oscars for this statuette: “Thanks to all of you, thank you to this wonderful man, Oscar, MY Oscar”, she said with a touch of humour that made everyone laugh.

Euzhan Palcy had not travelled alone to California since she was with two young girls, Errine and Salomé, whom she introduced to the audience ; one being a student at the Euzhan Palcy secondary school in Gros-Morne, her native town, and the other being a student at the Schoelcher high school : “I wanted them to be here tonight in this room with you, with us so that they can see and explain to the other kids what it was like and the people they met when they will go back home”, she said. 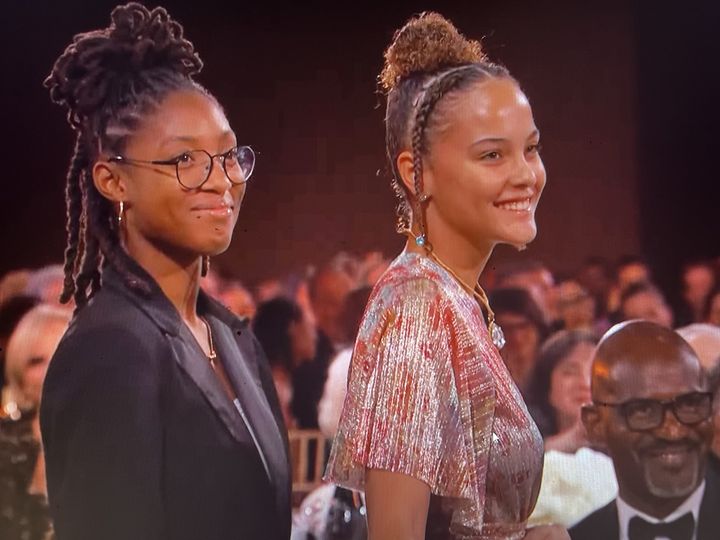 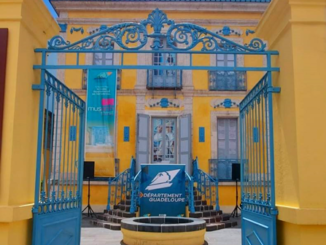 Schoelcher Museum died in silence, welcome to the MUSARTH!