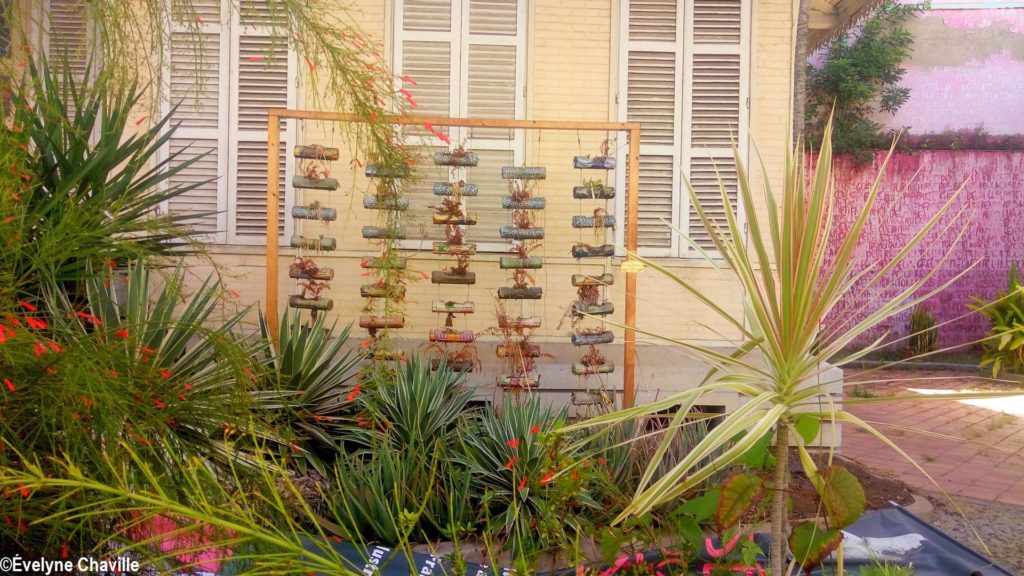 On June 2, 2018, on the occasion of the national event “Rendez-vous aux Jardins”, the Saint-John Perse Museum in Pointe-à-Pitre inaugurated the “Caribbean Green Wall”. This artistic and ecological work designed by Myriam Maxo with the help of students from the Lycée Alexandre Buffon in Baie-Mahault represented a green wall made up of empty ink cartridges covered with wax fabric and hung with rope on a wooden stand.

Guadeloupean designer had been received with honours. It must be said that she gained notoriety in 2015 when Beyonce, the American star of R&B, had posted on her Facebook page one of her wax teddy bears that she gave to her daughter…

Various project partners had spoken to the press : Jacques Bangou (former mayor of Pointe-à-Pitre), Henri Congré (general manager of HMC Riso), Wilhem Germany (XL Airways), the principal and a teacher from the Lycée Alexandre Buffon, Myriam Maxo and some students. 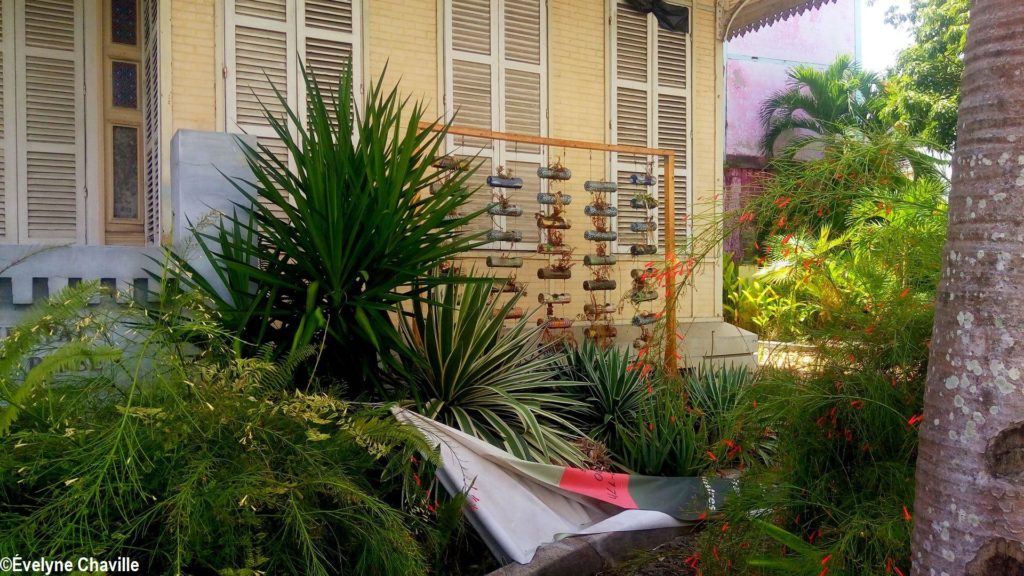 Today, when we pass in front of the Saint-John Perse Museum on Nozières street, we feel a certain desolation : the building, which belongs to the city, is closed (we wonder why, since the government has authorized the opening of the museums while respecting the barrier gestures, besides other municipal cultural places are also closed…), the long panel presenting the museum lies vulgarly on the ground etc.

As for Myriam Maxo’s work of art, it doesn’t look like anything anymore: the fabric of the ink cartridges is faded, the plants and flowers have died from lack of water and care. Some will say that it is because of the lockdown in effect from March 17 to May 11 throughout the French territory, but it is so easy to blame covid-19 for all evils.

Let’s hope that the new municipality, which wears the colours of ecology and which has undertaken to clean the streets of the city with the inhabitants, will find a solution for this plant work which has been the pride of the high school students two years ago. This municipal place would also deserve to be cleaned up not by the population but by municipal officers; that is their function…

J. B. Lamasse: for the love of the beautiful facades