With “Batouala”, a true “negro novel”, René Maran won the prestigious Goncourt prize in 1921. The man who is considered one of the precursors of negritude and who inspired authors such as Léon Gontran Damas, Aimé Césaire and Léopold Sedar Senghor, died in Paris on May 9, 1960.

Having been a brilliant student, after law studies and a training at the Colonial School, René Maran was appointed in 1912 as colonial administrator in Oubangui-Chari, now the Central African Republic. On African land, the young Guyanese discovered the difficult living conditions of the colonized people. This was an unbearable situation for him so he decided to take up his pen to write the novel entitled “Batouala” in which he made an elderly banda chief talk.

In the preface to “Batouala”, which won the prestigious Goncourt prize in 1921, the Guyanese denounced the attitude and abuses of the colonial administration towards the peoples of Africa, the conflicting relations and the white/black racism. The writer accused European civilization of “building its kingdom on corpses”. When it was published, “Batouala” made the headlines of Parisian newspapers. The colonial administration did not appreciate René Maran’s comments. His book was banned in Africa and caused a scandal in France.

René Maran is forced to resign. The writer who had concluded the preface of his novel with a quote from Verlaine “Now go, my book, where chance leads you”, said: “When I wrote “Batouala”, I wanted to show Africa as I saw it. Everything I had said was fiercely and maliciously contested and, to show that I was wrong, they studied what I had seen. They were forced to say I was telling the truth (…)”. 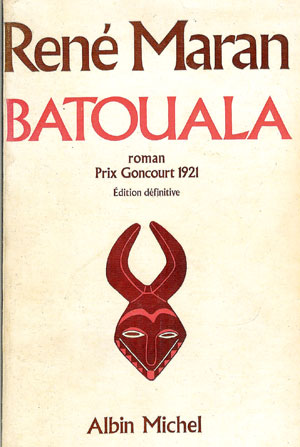 A humanist, precursor of negritude

Back in Paris, Guyanese writer devoted himself to literature and journalism. He regularly attended Paulette Nardal’s literary salon in Clamart. It was during these meetings he met the pillars of the Negritude movement such as Senegalese Léopold Senghor, Martinican Aimé Césaire, Guyanese Léon Gontran Damas and Haitian Jean Price Mars. Maran had written in “Batouala”: “there are no bandas or mandjias, neither white nor black – there are only men – and all men are brothers”.

The writer received many awards for his works, such as the prix Broguette-Gonin of the Académie Française, the prix des Gens de Lettres, the prix de l’Outre-mer and the prix de la Poésie of the Académie Française. One of his last published works was a biography of his fellow Félix Éboué (1884-1944), “Grand Commis et Loyal Serviteur” (1957). René Maran retraced the itinerary and personality of his great friend whom he met during his studies in Bordeaux, a sincere and close friendship.

In an article entitled “Félix Éboué, gouverneur nègre du Front Populaire à la Guadeloupe”* (Félix Éboué, Negro governor from the Popular Front to Guadeloupe), Guadeloupean historian René Bélénus wrote: “On learning the news (Prix Goncourt) Éboué expressed his great satisfaction to see uncovered this wild indictment of the action of the French administration in the AEF which unleashed the colonial lobby. He had to pay the price for a long time because, in the eyes of his superiors, he was the real inspirer. Ten years after the publication of “Batouala”, he (Félix Eboué) wrote to René Maran: “I have no regret, I do not blame the administrators of the ranking commission for having dismissed me because of Batouala”.

René Maran, who was born on 5 November 1887 on the boat that brought his parents of Guyanese origin to Fort-de-France, died in Paris in 1960. The Goncourt prize did not prevent René Maran from sinking into oblivion. It would be noble for Caribbean people, Guyanese people in particular, and African people to reappropriate and highlight the many literary masterpieces telling their history. 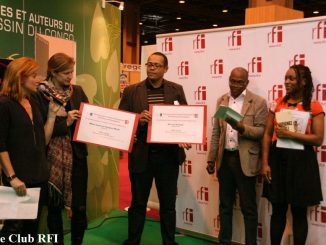 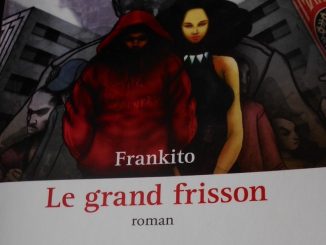 Joël Salien: “this is another step toward a possible career as a writer”