The work of Spanish origin based on the Netflix homonymous film surpasses the cinematographic production in an insurmountable staging, from the point of view of the satisfaction of the audience.

In a vivid scenography, a contemporary work area is represented for a staging sustained masterfully by the acting who give life to the characters of the work ; Amauris Perez (Marcel), Gianni Paulino (Veronica), Jose Roberto Diaz (Carlos), Brian D’elena (Luis) and the mediator Exmin Carvajal, under the brilliant direction of Elvira Taveras.

An hour and a half of tension, passion, laughter and suspense takes us into the modern business world, where the illicit is justified and shared by 4 partners of a technology company, Arca Internacional.

These successful businessmen, with the economic ability to buy those they want and when they want, have met outside office hours because in the exercice of their work, they have diverted millions of dollars to a tax haven and they have been discovered. The police authorities will come to seize documents, collect evidence of tax evasion and put them under arrest. They risk a sentence of 7 years of imprisonment His lawyers devise a plan: if one assumes that he deceived others by creating a B account, the other three will be released. It is the perfect solution! … if they can reach an agreement. But they cannot do it and they turn to a mediator for help. He will talk to them under the rules of mediation, in camera, without cell phones, without insults, without blows, which is not possible to achieve… And together they will check what they are capable of doing to defend their freedom.

This play develops in front of the audience the myths of neatness, legality and good order promoted by private companies and shows the baseness of which human beings are capable to defend their interests, in this case their freedom.

Does injustice in workplace justify illegal actions? Do white-collar criminals think they are innocent? What price do you give to freedom? Does everything have a price? These are questions that the play sows in the member of the audience as they pass the organic, visceral and quasi-real actions of the characters, they move on stage as pawns on a chessboard, knowing their enemies and where to direct their game strategy.

The answer to the question, “How much would you accept for spending 7 years in prison ?”, triggers the audience laughter, as if it had read the answer of the emblematic character, The Mediator, in his mind, and thus the plot develops, with well-built ups and downs basted, which shows the great work of table, delineation and characterization of characters, in scenic movements that convey the emotion that is created when anxiety, money and human weaknesses are mixed, to ask ourselves if we would pay 30 million dollars for not going to jail? 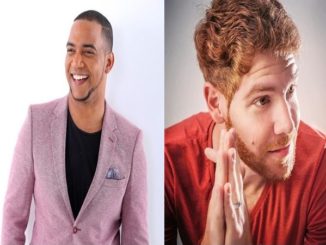 The Caribbean islands : cultures and heritages, a reality