The hitmaker for other artists now will compose for himself.

Originally from the island of Marie-Galante in the Guadeloupe archipelago, Laconi currently lives in France. Thanks to his many talents, he has become the songwriter that all artists want at the moment. Those of the zouk genre such as Marvin, Kim, Nesly, those of the urban music genre (with a touch of zouk!) such as Were Vana but also the Malian star Aya Nakamura who should admit that she sings zouk…

In short, Laconi is the hitmaker for many popular singers because he masters a good number of musical rhythms. It must be said that, since chilhood, the native of Marie-Galante has had a passion for these two artistic disciplines, music and singing. Now, after writting and composing for others, the artist has decided to be in the spotlight by launching himself into singing in order to take us into his own universe.

For this, he has chosen two quality labels that complement each other : Just Winner, which works with artists from Guadeloupe, Martinique and Guiana to take them to the national level, and Play Two – one of the biggest operators in the music industry in France – producing well-known artists such as Gims, Slimane, Kalash, Hatik etc.

Laconi therefore signs a major contract in his career, and his first single should be released in the next few weeks. 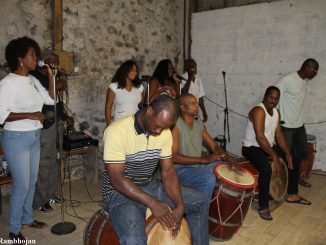 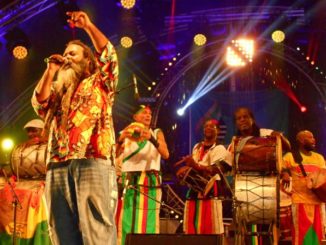