“Nou Tout Koupab” (We are all guilty) is the new song by Gethcé Pierre who is an author, a composer, performer, musician and arranger with many artistic experiences.

Concerned about the future of Haiti, the multi-talented artist took his guitar to compose this track on its current general situation. Its name: “Nou Tout Koupab” (We are all guilty).

It should be noted that on Wednesday 18, November, the former “Pearl of the Antilles” commemorated the Battle of Vertières in 1803 which was to make it the first Black Republic in the world and the first independent Caribbean State, on January 1, 1804, after crushing Napoléon Bonaparte’s French army .

But 216 years have passed and instability continues, so it is absolutely necessary to pacify the country and finally get together to develop it.

Throughout the track, the singer’s words are banging: “Ayisyen, Ayisyèn, nou tout koupab, Lè a rivé pou nou souflé on dòt van, i pa two ta, Nou pèdi tan, Nou vlé chasé divisyon etc.” (Haitians, men and women, We are all guilty, The time has come for another wind to blow, It’s not too late, We have lost time, We want to chase away division etc.).

Because God has several names, the singer has adopted his Rasta name and he implores “Jah Jah” to help the Haitian people. And to get this message across, Gethcé Pierre has chosen roots and especially reggae, the Jamaican music of denunciation, demand and union par excellence.

“Nou Tout Koubap” is presented as “a track with a social character” and “an original and danceable track that invites to become aware of our state and our State”, we read in its presentation.

This song will appear on the artist’s new solo album which is in preparation and will be released in 2021.

Gethcé Pierre, who is 30 years old and hails from the town of Anse-Rouge, has already a busy career. It must be said that for him, “making music is a boundless passion”. Numerous experiences have led this young Haitian artist on stage and in the studio in a repertoire ranging from roots to soul through reggae.

Indeed, he is the composer of eleven songs for the show “Ayiticité” organized in December 2016 for Fokal, which was then performed by the Festival 4 Chemins, the PaP Jazz Festival in March 2017 and the Institut Français. 2017 was very rich for the singer’s career because he has also received a scholarship from the Panthéatre in Paris and has become the singer of the HD Symphonie band. In addition, he is the composer of the last three annual songs for the traditional customs festival, which has led him to perform with well-known groups such as Nu-Look, Tropicana and Klass.

Morever, Gethcé Pierre has recently stayed in Belgium as part of a song residency obtained after being one of the three winners of the Prix de Plateau Jeunes Talents in 2018, organized by Wallonia-Brussels in Haiti.

His single “Nou Tout Koupab” is available on iTunes and all other online music platforms. 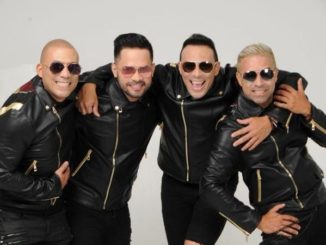 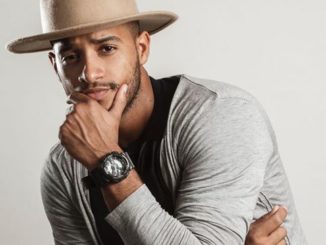