From March 12 to April 17, 2021, Guadeloupean photographer presents “Anima” at Dothémare action SA located at the La Providence business park in Les Abymes. It is a photographic research to better understand the root causes that can make relations between men and women in Guadeloupe and elsewhere complex.

Through this exhibition, Nicolas Nabajoth makes us discover different portraits of Creole women and he questions “the social relations between men and women”. “Between the reality of his family nucleus and the societal hubbub that tends to liberate the independent woman and bury the allegedly absent father, the artist is interested in the emancipation of women, but also of men” (…), “The ambition of this delicate photographic research is to better understand the deep causes that can make relations between men and women complex in our latitudes, and maybe even somewhere else“, said the photographer’s press kit.

This new work by the artist, who has several exhibitions to his credit in the archipelago and in France, has been staged with the help of Pascal Catayée and is divided into 5 paintings composed of : 20 prints of women figures from all over the world measuring 60 x 80 cm with Creole, African and French proverbs about women ; 30 black and white photographs in 110 x 70 cm format ; works by two visual artists Daëna Ladéesse and Judith Tchakpa ; an art installation entitled “Konstwi sa ou yé” and a video called “Atmosphere”, which is a compilation of current struggle of women in the world between 2008 and 2020.

Nicolas Nabajoth, who grew up in a family made up of his mother, father and four brothers – thus where there were more men – says, however, that it was women who accompanied his “first training in life” but men who “rarely had resigned”. It must be said that traditionally in our society men are conspicuous by their absence, even if the new generation of men is trying to change this negative image… “This immersion in a world of women unconsciously contributed to shaping my innate image of women. That is to say, the representations I have of them in my imagination. Karl Jung also speaks of the female part of the man. This is a notion that was unknown to me until now. I then discovered the concept of animus and anima, which eventually inspired the title of this photographic research (…)”, he explained.

The author has conducted research on women in Africa, Asia, Europe and America, particularly in the Caribbean, which is also a “mix” of these first 3 continents, in order to understand “these evolutions of contemporary female identities”. He has consulted various works on the education of girls and boys in the French West Indies, on proverbs about gender in Africa and elsewhere, and on feminism. ” Thus, after “Homo Actum” (Acts of Men) presented at the “Photaumnales” in Beauvais in 2017, which proposes to go in search of these absent men and fathers, through the highlighting of the acts they perform on a daily basis. “Anima” completes my introspection as a French-Caribbean to explore the legacies of my mother, my aunts, cousins, friends, lovers… of Creole women”, said the artist who, since 2019, has been part of the “Art of the Caribbean-Americas” network which shares the knowledge and works of Caribbean artists.

The opening of the “Anima” exhibition will take place on Thursday 11 March from 7:00 pm to 11:00 pm with the presence of DJ Beatsoul & DJ Stan-Ley, the creation of a happening “Émoi Créations” with Judith Tchakpa and performances (Lucie Besle and more). Due to the curfew from 10:00 pm to 5:00 am currently in the archipelago, some changes are to be expected…

In addition, during this event, which lasts more than a month, two other nocturnes are planned as well as a round table discussion on the theme: “What concrete relationships in our daily lives are generated from the idea of an identity that includes the male and female share in each individual?” 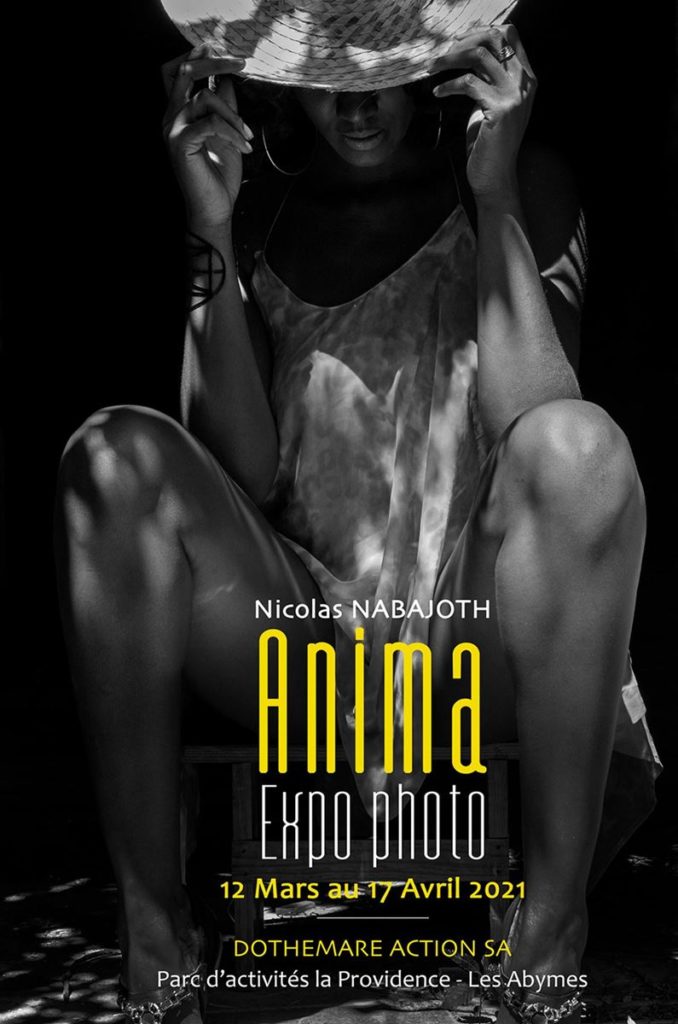 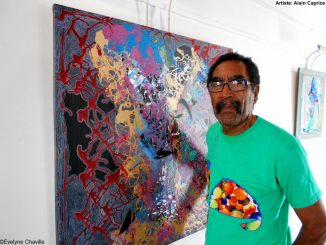 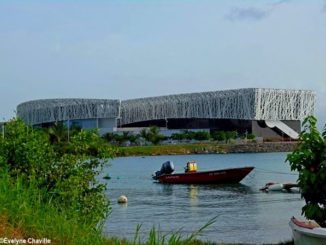