Determined to continue uniting cultures, the outstanding producer and composer Cromo X has joined his talent to that of Puerto Rican Bryant Myers and Dominican La Insuperable in “La Para”, another of his songs as executive producer.

Co-written by the three artists and produced in collaboration with Cromo X and The Best Soundz, a collective of Colombian producers based in Miami, “La Para” is now available on all digital platforms along with its accompanying music video directed by Raymi Paulus.

“I always thought that the song should be performed by a female artist and a male artist, and while I was working on Bryant’s album I made him the proposal and he loved it, so I proposed the idea of doing it together with La Insuperable since these are two artists with whom I have the best chemistry in the studio”, explained Cromo.

“La Para”, which is a trap with tropical fusions, according to Cromo, seeks to exalt women, at a time when many songs denigrate women. “This song came up in a very organic way from the first time I heard the instrumental. I think we needed a song that exalts women, a song that could be dedicated to women in these moments when sexism is very prevalent and more so in the urban genre, and I thought that La Insuperable could represent the other side in this theme where the man highlights his wife. “La Para” in this urban jargon means when something is the maximum”, detailed the producer.

After the launch of this track, Cromo will continue to promote its project MVP X, a creative house involving producers, composers and other local and international artists. He is also part of the creative team that is preparing the live comeback of Puerto Rican singer Divino, and he continues to work on Bryant Myers’s musical production.

Cromo X has worked with the most important local and international artists since in its portfolio you can find : Enrique Iglesias, Anuel AA, Jon Z, Ozuna, Eva Luna Montaner, Becky G, Farruko, Arcángel, Daddy Yankee, among many others. 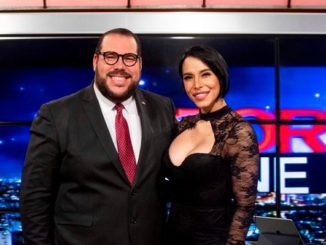 Jessica Pereira: “To get to where I am, I’ve been through a lot of precariousness”