Last Sunday, from 6:00 pm, the streets in Pointe-à-Pitre conurbation (Guadeloupe) have turned into a vast stage with various artistic creations presented by the carnival lovers.

If the festivities organized by the carnival federations were celebrated in the town of Sainte-Rose with about thirty groups, last Sunday January 20, those that could not or did not want to move stayed in the conurbation of Pointe-à-Pitre and Les Abymes.

So, the show was performed by “skin groups” which are very numerous in the area such as Nasyon a Nèg Mawon, Inité Mas, Chenn’ la, Klé la, Moun Ki Moun, Point d’Interrogation, Masko, Very Important Mas, Akiyo, Yo Menm and Restan la, by “snare drums groups” such as Toumblack and Origin’All as well as by “Ti Mas groups” such as Mass LaPwent, Tonshi Mas and ADN Mas.

The themes were various but the most striking was that of the Ku Klux Klan, this American secret society founded around 1865 in the the South of the United States to impede the rights of black people which was dissolved in 1877, re-formed in 1915 and banned in 1928 which did not prevent it from continuing its activities… “Nou peké janmé pawdoné yo” (We will never forgive them) sang in Creole the carnaval lovers from the group called Point d’Interrogation, some members represented the hanged ones and were dressed in black with the rope around their neck and others their executioners, were dressed in white… All that took place at a fast pace and with the incense smoke, a compulsory ingredient for the “skin groups” that is intented to keep the evil spirits away, among other things…

Other subjects were less tragic. VIM, which dealt with the theme of “Yellow Vests” last Sunday, presented the necromancy (this occult science that claims to reveal the future by the invocation of the dead) with a frightening black costume that dates from 7 years, according to a young woman of the association, so the carnival lovers continue to parades with their old quality costumes.

During this parade, newspaper, jute, leaves, flowers, coconut for example were recycled to dress the groups. In addition, the very large public could see again the talented way in which these carnival lovers who are real street artists played the characters they presented. 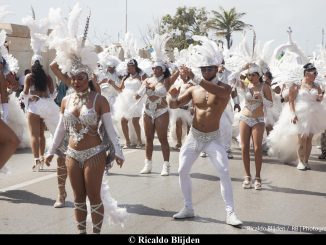 Our Videos Heritage – Carnival of the Caribbean 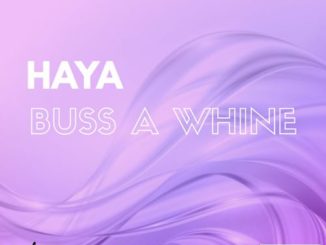