The capacity of Haitian creators now finds worldwide recognition. This is a trend that definitely goes in the direction of expansion. Indeed, in fashion, crafts and other areas of creation, works from Haiti are creating the buzz elsewhere.

Haitian designers, artisans and illustrators like Phelicia Dell, David André and Pierre Chevelin try to explain this phenomenon observed over the past decade.

By making a short description of the situation of Haitian art and crafts precisely at this time, Phelicia Dell said that the Haitian craft sector today has become a real platform for economic development. “It is an industry with a lot of proven skills, unfortunately with a very high level of lack of investment and supervision. An industry with the human resources needed to real changes in the sector for the benefit of all”, she added by stressing that, overall, it has not been sufficiently exploited and managed wisely.

Phelicia Dell also argued that Haitian craft are the best in the Caribbean. “We have a craft with brands, products of great quality which have nothing to envy in terms of finish. Haitian craft compared with the rest of the Caribbean is a craft that is growing and improving every day. A craft which imposes itself in quality and history but which is still looking for its main buyers who should be Haitians”, praises the one who manages the very famous Vèvè collection in Haiti.

A historical influence of Haitian art on the world roof

For David André who also works in fashion in Haiti, about Haitian art there was a small change with the arrival of new talented designers, events to better promote the work of designers like Haiti Fashion Week, beauty pageants, fairs to allow the audience to consume the label “made in Haiti”, but much remains to be done at the governmental, tourist, financial and infrastructure level so that Haiti can be a fashion destination like the major fashion capitals, Paris, New York, Milan.

About the representation of Haitian works elsewhere, the creator said : “there is no better thing than Haitian art, our painting is at the top and even copied. About fashion, I can say that we have in common this Creole, colonial style, embroidery, white cotton, etc”.

Maintaining this position on the international market, according to David André, supposes that we always have to innovate in creation, quality of the product and also in prices, because the tourist or cruise passenger does not spend much money. In his opinion, they look for affordable souvenirs.

Pierre Chevelin, unlike the stylists, has his company, Chevelin Illustrator, and also exhibits his visual creation beyond Haiti’s borders. Through Chevelin Illustrator, he translates concepts into images. In fact, he participated in November 2019 in a visual arts festival in Martinique in order to present his work.

Like his predecessors, Chevelin thinks it is well kwown these days the historical influence of Haitian art on the world roof. 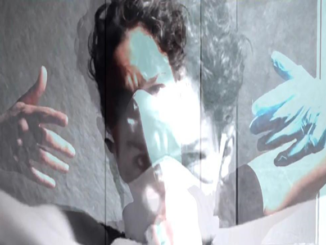 2nd edition of “A parte”, this big virtual competition for Dominican artists 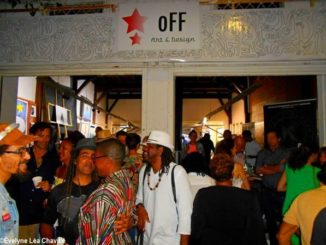 The 2nd exhibition Off Art & Design opened its doors