In a few days, Havana will host the fifth edition of the International Salsa Festival, a dance music genre deeply rooted in Cuba that was born from the synthesis of Cuban son and several Caribbean musical genres. The Festival, which is held annually with the aim of promoting popular Cuban dance music, will take place from February 25 to March 1 and will be chaired by the talented musician Maikel Blanco, leader of the Salsa Mayor group.

On this occasion, the usual location of the Metropolitan Park of Havana changes, towards the 500 Club of the Vedado Capitalino, to increase public participation and to win space for the pleasure of its participants.

The event will bring together the most important popular dance orchestras on the island and will have as a special guest the Puerto Rican salsero Víctor Manuelle, who will perform for the first time in front of the Cuban public accompanied by his orchestra.

In 2016, Manuelle was in Cuba as part of a cultural visit, and he appeared on the set of the television program called Sonando en Cuba, with many young participants with whom he spoke and to whom he gave more than advice.

On this occasion the singer expressed a desire to sing in Cuba and to record with some musicians and artists on the island.

“I have a very special affection and respect for the Cuban people for all they gave to our culture, to salsa, because they were the ones who are at the origin of all that and although we adopted it in Puerto Rico we must thank them very much for that musical genre. We Cubans and Puerto Ricans are very similar, we love to party and dance. I am very nervous because it’s like going dancing at a ballerina’s house”, said the artist in previous statements about his expectations of this concert in Cuba.

Puerto Rican singer, songwriter and producer known on the island for hits such as “Tengo ganas”, “Cómo se lo explico al corazón” and “Dile a ella”, has more than twenty albums and collaborated with renowned international performers.

Alongside the musicians of his orchestra and with the local bands Bamboleo, Haila María Mompié and Emilio Frías, Victor Manuelle will be responsible for closing the Festival.

The program of the event also offers the usual dance workshops which will focus at this time on Afro-Cuban rhythms, rumba, salsa and casino, and will be for more than 380 foreign clients who have confirmed their participation.

According to the organizers, every day – as of Wednesday 26 – three to four orchestras will perform, they will be on stage after 8:00 pm, after the varied shows by comparsas, dance bodies and Djs run by the Provincial Center of Shows and Carnival, which will begin from 4:00 pm.

Among the orchestras participating in the event are: The Septeto Santiaguero, Formell and Los Van Van, Manolito Simonet and his Trabuco, NG La Banda, Havana D’Primera, Pupy and Los son Son, Haila Mompié, Tania Pantoja, Lazarito Valdés and Bamboleo, El Niño and la Verdad, Papucho and Manana Club, Adalberto Álvarez and his Son and others.

A festival which is exported

Last year, music and dance came from the best salsa performers in Cuba with Puerto Rican singer Jerry Rivera who performed in Cuba for the first time and sang very popular songs in their time such as “Cara de Niño” and “Mi libertad.

That fourth edition was dedicated to the 50th anniversary of the founding of Juan Formell Orchestra and Los Van Van, indigenous defenders of popular dance music in the Greater Antilles.

After the event ended, the Cuban organizers made a first edition in Mexico with a warm welcome.

In statements to the press, its main promoter, Maykel Blanco, said that the organizing committee was working to bringing it back to the Aztec nation next May, to which would be added other places in Latin America. 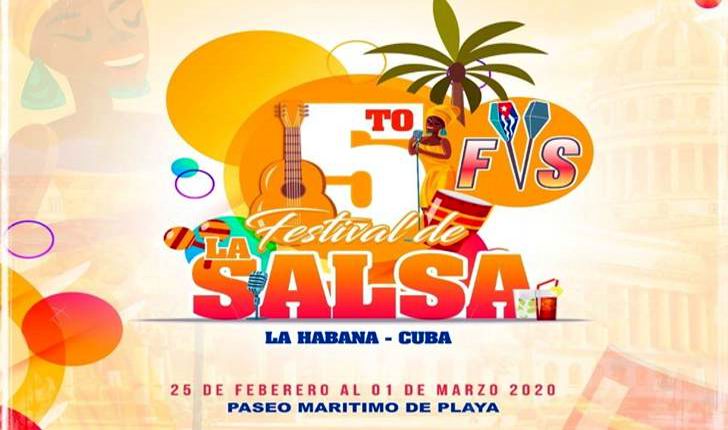 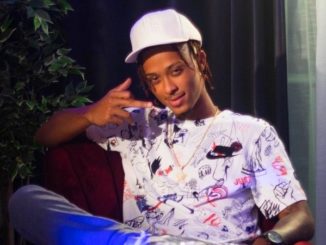 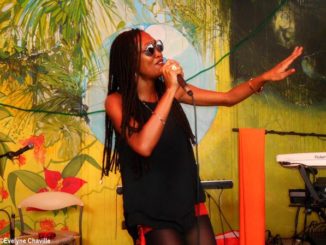