Recently, the cameras of the entire world were focused on Puerto Rico because of its astronomical debt of more than US$70 billion dollars. Today, the Caribbean island – Commonwealth associated with the United States – hits the headlines because of Luis Fonsi’s song, “Despacito”.

“Pasito a Pasito, suave suavecito etc.“… We all heard the lyrics of the song “Despacito” at least once during these great holidays of July and August, and not during this summer vacacion as some Caribbean people say, there is no summer or winter season in the Caribbean (don’t be ridiculous, stay authentic!)…

Written by Luis Fonsi (Luis Rodriguez’s stage name), Daddy Yankee (Ramón Ayala’s stage name) and the Panamanian singer Erika Ender, it was released in January 2017 by the record company Universal Music Latin. There was no indication that this song about a man’s desire to have an intimate relationship with a woman and make her forget her own name, all that “slowly” on a beach in Puerto Rico, would be a phenomenal success… The song’s music is a mix of pop and reggaeton. The reggaeton touch – this rhythm created in the 2000s from the Jamaican ragga and other Caribbean and Latin American music – was brought by Daddy Yankee, known as the “King of Reggaeton” with his songs “Gasolina” (2004) or “Limbo” (2012), among others.

The song “Despacito” was first performed on stage by Daddy Yankee in February 2017 in Mexico, then in March, Luis Fonsi sang it in California. Both Puerto Rican singers performed together for the first time “Despacito” at the 2017 Billboard Latin Music Awards ceremony on April 27 in Miami, Florida.

Since then, the song did not stopped its expansion. Indeed, it was at the top of the charts of 45 countries, including Finland, Mexico, Spain, Sweden, Poland, Norway, New Zealand and was ranked among the top 10 in 9 countries. It also blew up the BillboardHot 100 ; it was the first time a Spanish song reached this stage since “Macarena” in 1996, the famous song by Los del Rio‘s, remixed by the Bayside Boys.

In addition, since March, “Despacito” has been the subject of several versions : salsa version in Puerto Rico, electronic version in the United States and Colombia, merengue version in the Dominican Republic, “classic” version in Croatia, Portuguese version in Brazil, without forgetting the version by the Canadian singer Justin Bieber who sang in Spanish for the first time in his career.

Mid-July, “Despacito” became the world’s most streamed song of all time with 4.6 billion streams.

But, some delicate ears in Malaysia took the time to listen to the sulphurous words in Spanish of “Despacito” and to translate them. Because of the sexual undertones, this mainly Muslim country decided to ban outright the broadcast of the song on public radio and television, on July 20…

As for the video, it was shot in La Perla, a district of Old San Juan and in the bar La Factoría located in San Sebastián Street in Puerto Rico which has now become a must-see for tourists.

This is the first song that reaches such a record of views on YouTube. It’s better than “See You Again” by rapper Wiz Khalifa, soundtrack of the movie “Fast and Furious 7” (2.994 billion views) and the famous “Gangnam Style” by South Korean Park Jae-Sang alias PSY who made the entire world practice the horse dance, a song released on July 15, 2012 which today has 2.919 billion views.

The worldwide success of “Despacito” highlights reggaeton, this very popular musical genre in Puerto Rico and confirms once again the musical wealth of the Caribbean. 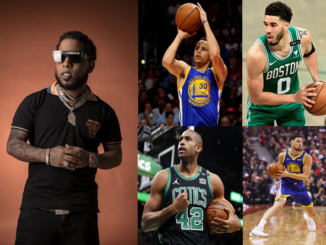 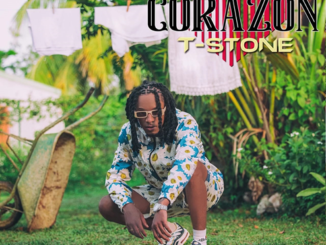 The video for “Corazón”, T-Stone’s new single, is available 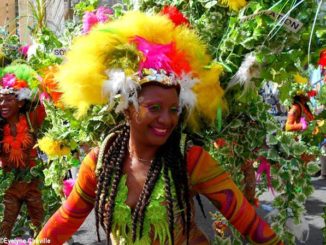