Directed by José Pintor (Pinky), it recreates the most important facts of the discovery as a contribution to Dominican historical memory.

As a historical legacy of great relevance for Dominican society and future generations, important personalities of national life were cataloged in the documentary “Santo Domingo”, premiered on Tuesday night, November 26, 2019, in the Carlos Piantini room of the Eduardo Brito National Theater.

With the direction of José Pintor (Pinky), co-written by him and the journalist Huchi Lora and having as sole investor company through the Cinema Law the BHD León Bank, Santo Domingo was produced with the expert advice of Dominican and Spanish historians who enriched this audiovisual document with the contribution of the historical contexts in which the primate city of Americawas founded and developed, supporting this research in the existing documentation about the time.

Pintor underlined that “Santo Domingo is a unique city, a point of light that would become a reference for an entire continent. A city deserving of the best of tributes: that of lasting and being, throughout history, the first in many things on this side of the world and becoming an unprecedented audiovisual document”.

Lora stressed that “the plot of the “Santo Domingo” documentary emphasizes all the primacies of the city, highlighting the most important of them: the only one that is not built in stones, but in imperishable Christian principles that make it the beginning of the defense of the human rights in universal history”.

The docudrama chronologically chronicles the history of the first city of America from the arrival of the Spaniards on the continent in 1492 until the construction of a city that will become the beginning of the most important primacies of the world hitherto known, the defense of human rights and the fight for the protection of indigenous people, and that was the starting point for other American territories.

In a message from Luis Molina Achécar, president of the BHD León Bank, addressed to the guests at the premiere, the executive referred to the documentary as “a story that deserves and has to be told by the leading role of our city in the discovery of America; for the multiple firstfruits and historical treasures of this city, which are a world heritage site; for the historical events that occurred in it, which cannot be forgotten; for the gestation of the Republic within its walls; for being his name closely linked to the name that had the island for a long time, and to the Dominican people that today, we proudly bear; and to motivate the public and private sectors to continue investing in their maintenance and development, ensuring the dignity they deserve. ”

Pintor added that “Santo Domingo is the titanic effort of many professionals from different fields who, excited to leave a legacy for future generations, set out to achieve recreations we’ve never seen before in our cinematography.” 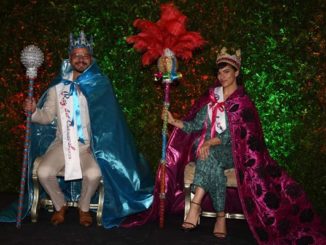 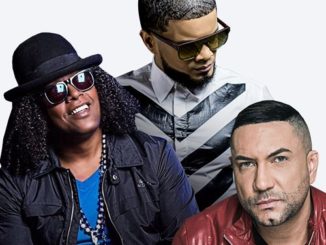