On January 12, 2010, a powerful earthquake devastated the Republic of Haiti, forming with the Dominican Republic the Island of Hispaniola. In summary, this cataclysm caused numerous victims, (deaths, injuries, amputees) and thousands people with psychological disorders. About 300,000 deaths, more than a million homeless people are still living in slums in the metropolitan area of Port-au-Prince, the economic and political capital of Haiti. This country, like the other Caribbean islands, is still mourning the misadventures of this cultural catastrophe. Meetings of Haitian cultural actors, earthquake survivors, and testimonies on people from this sector who died are still poignant a decade later…

Ricky Juste, musician and drummer in the successful compas group called K-Dans is one of the victims of the devastating earthquake of January 12, 2010 in Haiti. He was amputated after living for several days under the rubble just after the earthquake. “The earthquake has had a significant impact on my artistic career. I can’t continue playing drums the same way as a drummer since the disaster. I had an amputation which prevents me from being totally functional”, said Ricky Juste who is well known in the music industry as one of the leaders of the group.

The compas musician, in the context of this sad commemoration, praises his own merits for having had a fairly strong morale. “I always resort to divine support to be able to hold on today”, he said.

Sound engineer, producer and advertiser in Haiti, Ricky Juste compared the incidences of the earthquake of January 12, 2010 in his country to the constant crises causing socio-political instability and the establishment of a climate of atrocious insecurity.

For her part, Marie-Brunette Brutus Mainsour, writer and singer, lived between life and death under the rubble of a house in Port-au-Prince. She was on a roll just years before this event. She belonged, in fact, to the troupe called Haïti en Scène from 2007 to 2009, and was on tour in Europe, North America and in some cities of Haiti, with musicals such as “Notre Dame de Paris”, in which she played Esmeralda and the show “Starmania”.

The artist also performed solo at cultural evenings such as Ayiti Deploge at Havana Guitar Night and other occasional musical events in the capital.

“The earthquake had a lot of impact on the group and as a result on my personal artistic career. Our manager was an expatriate Frenchman who was recalled to his country just after the earthquake. So, tours had become rare since the rest of the staff did not have the same resources or the same managerial skills as him. The disorder continued until the dismantling of the group. Some members were already dead in the earthquake, others had left the country in search of a well-being elsewhere, so the rest of the members scattered here and there, trying small precarious solo careers”, told Mainsour whose stage name is Labrune.

It was through a musical festival called Ayiti Mizik bringing together about ten thousand festival-goers, on Saturday January 4, 2020, at the Henfrasa Centre in Port-au-Prince that a great tribute was paid to a “compas direct” magnate who disappeared in the earthquake. His name was Charles Joubert.

“A great promoter of Haitian “compas” dance music and an outstanding producer of albums by several Haitian musical groups during the first decade of this century”, describe some observers of this man who died on January 12.

Various Haitian musicians of the new generation testified that the death of this illustrious music manager weighs to date on the cultural industry.

These actors and other cultural operators think that, to this day, the tremors are still felt in the artistic community. 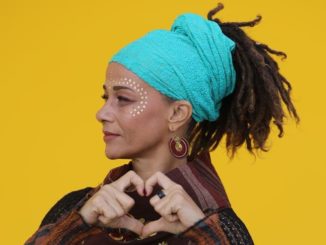