The famous musician Pablo Casals spent the last 17 years of his life and exile in Puerto Rico. His figure is revealed to us through an exhibition at the new headquaters of the Casals Museum.

When you get in front of the Symphonic Hall in Santurce (San Juan, Puerto Rico), we note something different on the front. On the large windows of the modern building, a face observes the visitor : it’s Pablo Casals, the famous Catalan musician who lived his last years of exile in Puerto Rico. The motif is a reproduction in a large format of a drawing by Ramon Casas, another Catalan, a painter and friend of the master who drew him when he was young. In the hall of the building, the exhibition “Pablo Casals, un músico comprometido” (Pablo Casals, a committed musician) invites us to know better the figure of the man who was a musician, composer and conductor whose mother was born in Puerto Rico. It was only six months ago that the Symphonic Hall test center of the Puerto Rico Symphony Orchestra also houses the new headquarters of the Casals Museum, located in the past in Old San Juan. “This year, we commemorate the sixtieth anniversary of the Casals Festival, because of that and our change of location, it was necessary to make visible again the figure of the Master”, explains José Delannoy, the manager of the Pablo Casals Museum.

An example for young people

Many people know the great musical legacy that Casals left with the island and he married a Puerto Rican, however, very little is known about his youth and his role as a man committed to global peace. “We especially want that young people know him, so we chose that image of Casas, of a young Casals little known in Puerto Rico, because when he came here, he was 80,” continues Delannoy. The advantage of having in the Symphonic Hall the exhibition is that go through several generations of both in the audience and musicians who go to rehearse there and many of them are young. “We also wanted that in the new hall Pau Casals there is a major presence of the Master, so we chose his signature to make the poster that announces him outside the building”, concludes Delannoy. These two measures, apparently simple, were very real when it was necessary to invok the spirit of Casals, and change him in someone more real and approachable for Puerto Ricans

Many people know him because they know that his mother Doña Pilar Defilló was born in the village of Mayagüez (west of Puerto Rico). However, when she was young, she moved to the village of El Vendrell, south of Barcelona (Spain) where his family came from.

A defender of world peace

Over there was born little Pablo in 1876. Since he was a young boy, Pau, as they called him in Catalan, wanted to be a musician. When he was only 6 years old, his father who was his first music teacher, built his first musical instrument : a small gourd with strings with which the one who started practising with talent revolutionized in time the way to play cello.

The public can see a photograph of this little gourd which is currently exhibited at the Fundació Pau Casals in El Vendrell.

The exhibition is very rich in documentation, especially the part that refers to his exile that lasted 34 years. In addition to the role as composer, performer and conductor, it also relates the most misunderstood part and it is his trajectory as a defender of world peace that he was throughout his life, especially from the Spanish Civil War. During the 1930’s in Spain, he already created Pau Casals Orchestra and Labour Association of Concerts (Asociación Obrera de Conciertos) in Barcelona (Spain), in order to take classical music to the working classes. After the victory of Spanish dictator Francisco Franco in 1939, Casals had to leave Spain and to stay in the small French village of Prada de Conflent, on the other side of the Pyrenees. During his exile in France and, at the end of World War II, he decided to stop playing cello in protest against the passivity of the European powers concerning Franco’s government.

In the exhibition, through the letters it is also clear that he was a great ally of refugees from the Spanish Civil War that he helped in many ways (even economically) especially through institutions such as the Spanish Refugee Aid. As Delannoy says, because of the current crisis of Syrian refugees, this is a very current issue that deserves to be emphasised and that highlights Casals’s sensibility for his neighbour and human suffering.

In 1956, Casals decided to go to Puerto Rico because, in addition to be his mother’s native land, it was the country of his student Marta Montañez who will become his wife many years later. From the Caribbean island, he could carry out its work for world peace especially with the speech he gave at the United Nations in 1958 against nuclear weapons and the end of one of his most important compositions : the Oratorio El Pesebre. The great work is based on a poem by his friend Joan Alavedra which highlights the birth of Jesus. The first score that he started writing about the Oratorio and he gave to Alavedra can also be seen in the exhibition.

The Manger was played in Acapulco (Mexico) in 1960, 1963 and 1967, it was performed at the UN headquarters to celebrate the United Nations Day. After his 85 years, the Maestro Casals began a long cycle of meetings all around the world in order to promote world peace in the context of the Cold War period that a journalist named “the crusade for peace”. Even today, his powerful message of pacifist and freedom reaches the public because every year, especially at Christmas time, it is performed in various countries of the world.

In Puerto Rico, he founded the Conservatory of Music, the Symphony Orchestra and the Casals Festival, three institutions that were fundamental for the development of music on the island. And in 1971, he was commissioned to create the anthem of the United Nations from which he received the Medal of Peace shortly before his death in 1976, in Puerto Rico.

Delannoy ends by announcing that recently a law was voted so that the third floor of the Symphonic Hall is dedidated to an exclusive use by researchers, “a space where will available all sources and documents of the Pablo Casals Museum’s collection so that the one that is interested can thus improve the knowledge of a man and an exemplary life”, he concludes.

The exhibition “Pablo Casals, a committed musician” can be seen until the end of December, 2016 in the Symphonic Hall on Ponce de Leon Avenue in Santurce, Puerto Rico. 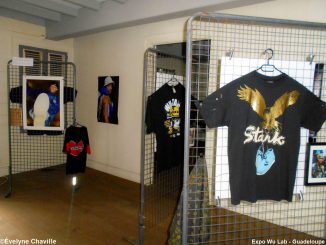