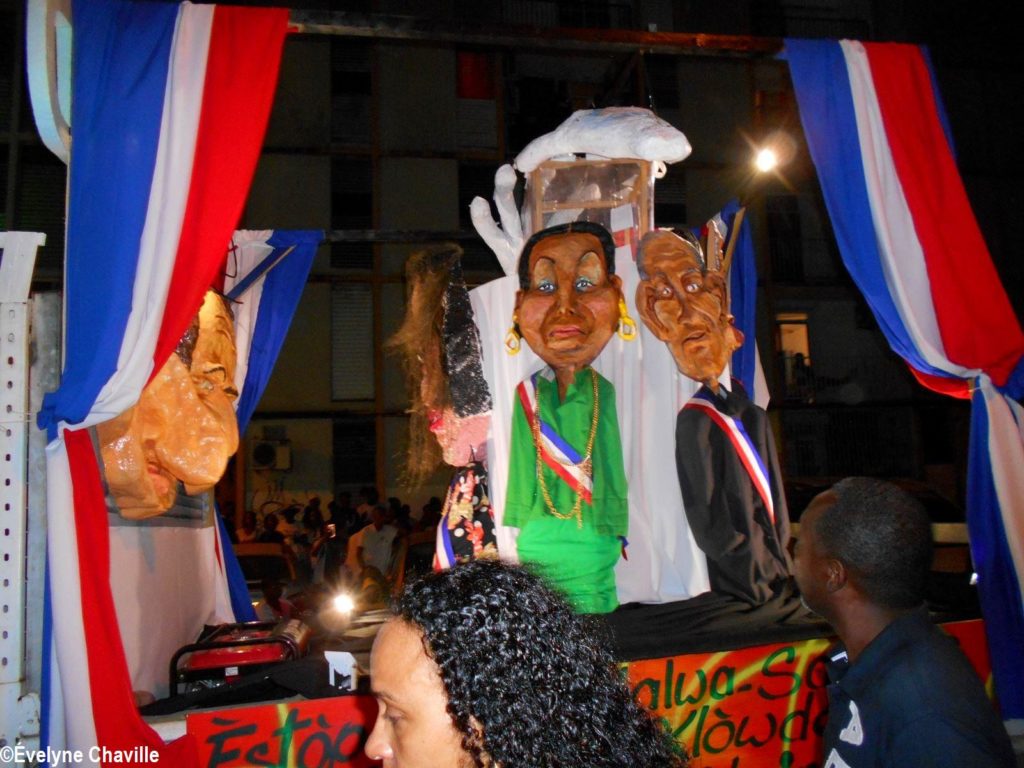 Last Sunday, March 3 – called “Dimanche Gras” – was also celebrated by the “skin groups” or “gwoup a po” in Guadeloupe. If the “snare drum groups” and “mask groups” had begun the big parade at 12 o’clock (it ended around 10:00 pm), the “skin groups” started to walk in the streets of the cities of Pointe-à-Pitre and Les Abymes from 7:00 pm to stop late into the night. As usual, each group paraded according its own route but at a very fast rate but to the sound of the traditional carnival music.