The Puerto Rican painter, Carmelo Sobrino, opens the doors of its creative expression workshops and reveals the secret of his method, “the traveler line.”

When you attend Carmelo Sobrino’s class, you open yourself up to an experience that concern more the mystical that the development of a manual dexterity. For this painter, born in the village of Manatí, north of Puerto Rico, we all carry an artist that we can let out.

People of all ages come to his art workshops that he calls “creative expression”, from children to retired people. All, however, have a common element : they are willing to play.

Sobrino is one of the most important plastic artists in Puerto Rico and he has greater international reputation. At the age of 67, he has already practiced all disciplines of visual art, however, he says that it is in painting he feels more comfortable because this is the most playful. “When I paint I do not like thinking about anything, the more unconscious and the more innocent you are and you go in search of your expression, the deepest and most beautiful go out,” he explains. From this unconscious search, he discovered the airline. 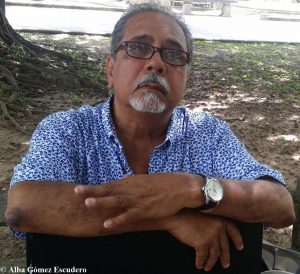 To develop this method and so that it is within everyone’s reach, he based itself on the ability that we all have at the time of writing. But, let’s not get ahead of ourselves. It’s Thursday and today his class has eight students, two teenagers and six adults and they meet in the common lounge of a modern building in Old San Juan. “We all write by looking for the meaning of the word but we do not notice this simple line, we develop a style, a personality,” he begins. The students are slow to take their pencils to start working : “the simple act of taking the pencil between our fingers and of feeling it and then pressing it to squeeze it between our fingers and to make it write has a very profound effect. Feel, feel the pencil”. At that point, he asks them to draw and to keep their eyes closed. “You are going to press your hands on the table, you are going to have a flexible and air wrist. The movement will come out from the shoulder. The idea is that you have a gestural line, the body speaks not just the hand, that you feel that the line is free (…). “

Some students who were previously a little bit nervous seem to start to relax and the key is in contact with the subconscious, with their inner being. Each scribbles on the paper without haste, hand in the air, with the right speed that everyone needs. “The rhythm is another important element”, says the master, “the line cannot be made either very quickly or very slowly. If you move very quickly, your perception will be poor, it is as if you are driving by car at 2000/hour, you are not going to see anything”. Everyone has a rhythm where the perception of everyone will be able to go by capturing through the spirit the reality of the information. This is what he calls the “Psycho-rhythm,” the traveler line has to adapt itself to the own speed otherwise it is impossible to create. 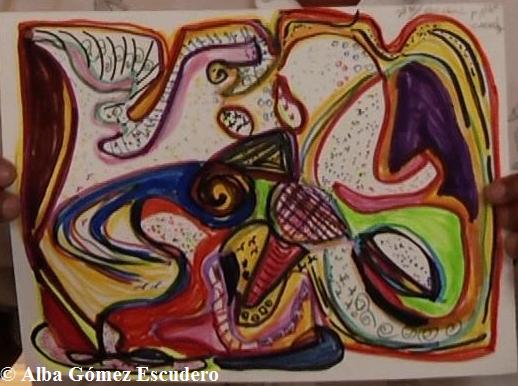 The importance of “traveler line”

The students open their eyes and the teacher leads them to a reflection on the past. “For me, the quantum leap of the human being was the line, the first line was the path, the action that made the man by walking and returning to his starting point was its axis, the one that gave him security. Then, the drawn line was what allowed the first inhabitants of the Earth to write the story of their life, as demostrated by the first rock paintings“. He notes that all what is around them in this room, table, chairs, lamps, passed before to be there by a drafting table. “I call it the traveler online because it is the time-travelling line which helps us write our memory,” he says.

This type of workshop with few students is quite common in Sobrino’s life. Sometimes also, it makes individual workshops as a working therapy or simplemente as a technique so that the person relaxes and connects with himself.

Now, with their eyes open, the members of the workshop have to draw an airline on paper, without moving the hand, nor interrupting the line. They do this for three minutes until the paper is covered with all kinds of lines. “Stop”, he tells them. On the paper white, we see an endless line network, a spider web of seemingly incoherent lines. This is where Sobrino introduces another key element in his workshop, the network. This concept, he explains, occurred to him during his stay in Haiti in 2002 when he visited Port-au-Prince as part of the opening of one of his exhibitions there, “human connection that have Haitians surprised me, when there is the precariousness of human being there is the need to make contact, to make connections because our survival will depend on this contact”. This is a network but he says that “all that exists around us are networks as the technology, for example, highlighted it in the last few decades.” 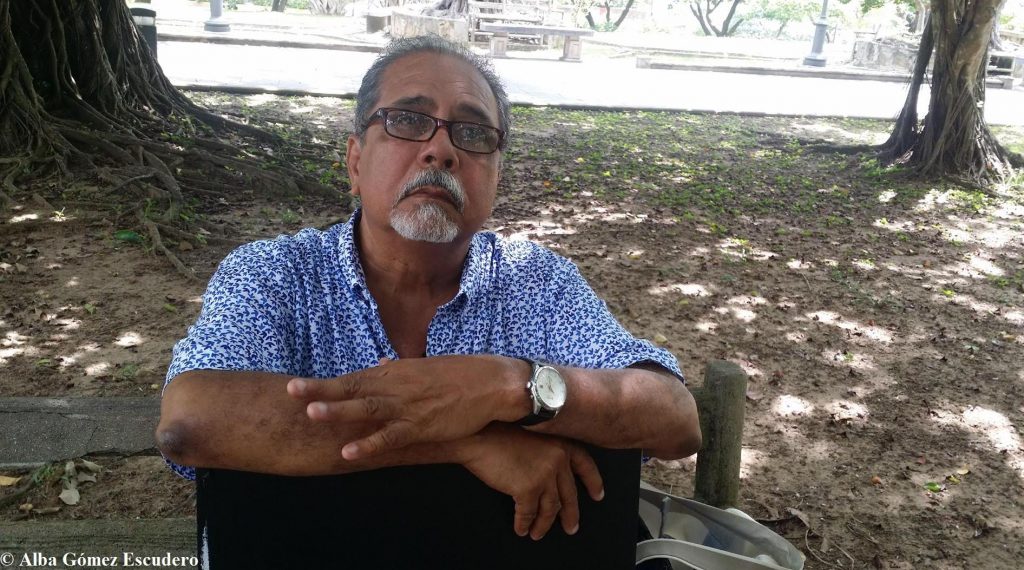 In their particular network, the students now have to find seven forms that they like and underline them with a marker pen. Forms emerge in the most surprising way. Some look like lips, others seeds, still others clouds and some even look like lightning. They begin to color, to fill with wefts, to pour on the paper what they have within themselves. When they finished, after one hour, they are happy, they show their coloured works and they comment on the experience. Some say they were brought back to their childhood, have found peace or have traveled deep within their being.

One of the persons present, Delvis Griselle Ortiz, is an intimate friend of the master Sobrino’s and attends for several years his workshops, she shares an experience with this technique learned with his master : “Once while I was going through a time very difficult, the phone rang, it was Sobrino, I tried to explain to him what happened to me but I could not stop crying when he said, “seize your brushes and all this pain take out it on a white canvas and above all do not judge, what you will able to put on the canvas is not important”, she says that this advice not to pass judgment was fundamental to be free from her pain.

The master is also an expert of art as therapy. There are two years old, he fell down the stairs of his house and after the accident, it was discovered that he suffered from Guillen-Barré syndrome, an incurable illness that leaves you completely paralyzed.

However, he seems not to have after-effects of this serious illness, when I ask him how he did it, he replies : “the traveler line helped me very much to recover, what I was teaching to my students, I tested it with me. My doctor says to me : Sobrino, you’re a miracle”, he conclude, enigmatic. 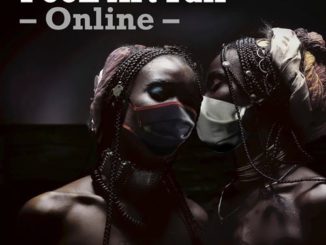 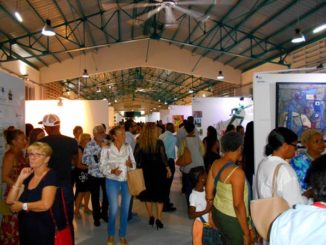