“Rakontaj a Kostim” was the theme of the 10th edition of the show “On Bon Maten O Komandman” offered by the association Akadémiduka to honor the grandmothers in Guadeloupe. 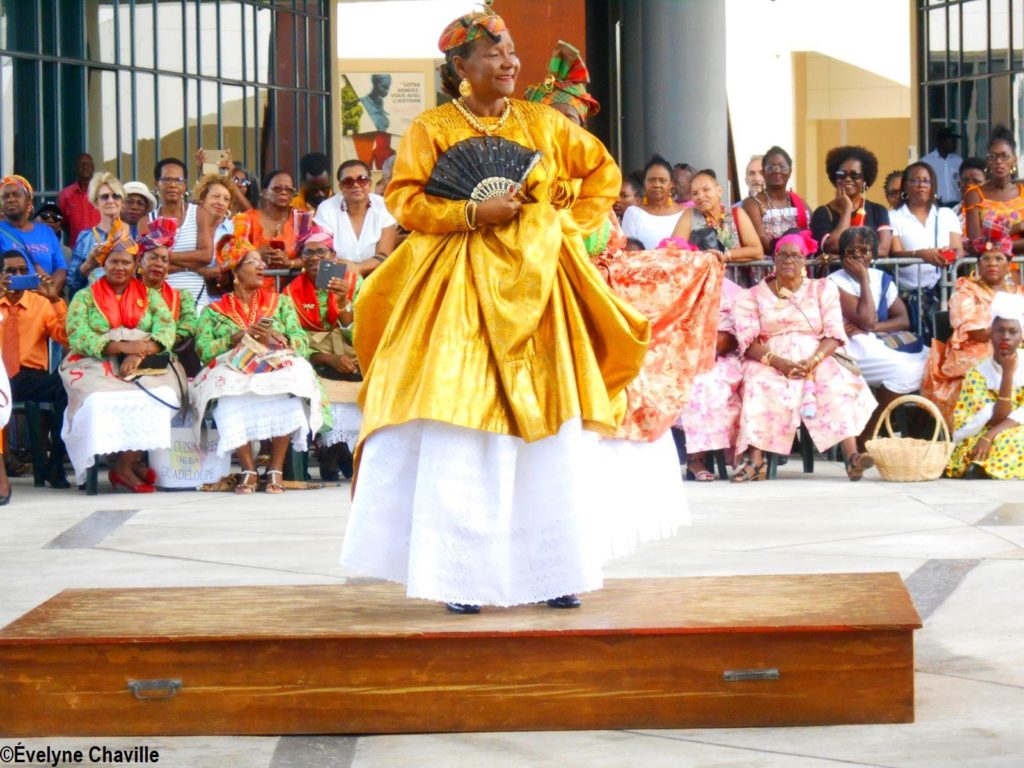 Last year, due to the Fat Sunday parade in Pointe-à-Pitre, “On Bon Maten O Komandman” was canceled. It is therefore with great impatience that fans of Creole costumes and quadrille (without forgetting gwoka) awaited this 10th edition which was held this Sunday March 1 at the Memorial ACTe. Nadia Pater, the discreet and effective president of the Akadémiduka association, launched this cultural event to celebrate the grandmothers of the archipelago. Each year, associations of seniors come from almost all towns to participate in this celebration of tradition. After welcoming remarks by Nadia Pater in La Darse, the procession left in the direction of the Place de la Commémoration at the Memorial ACTe with accordion music, the crowd could admire the ladies’ outfits and the elegance of the gentlemen who were with them… 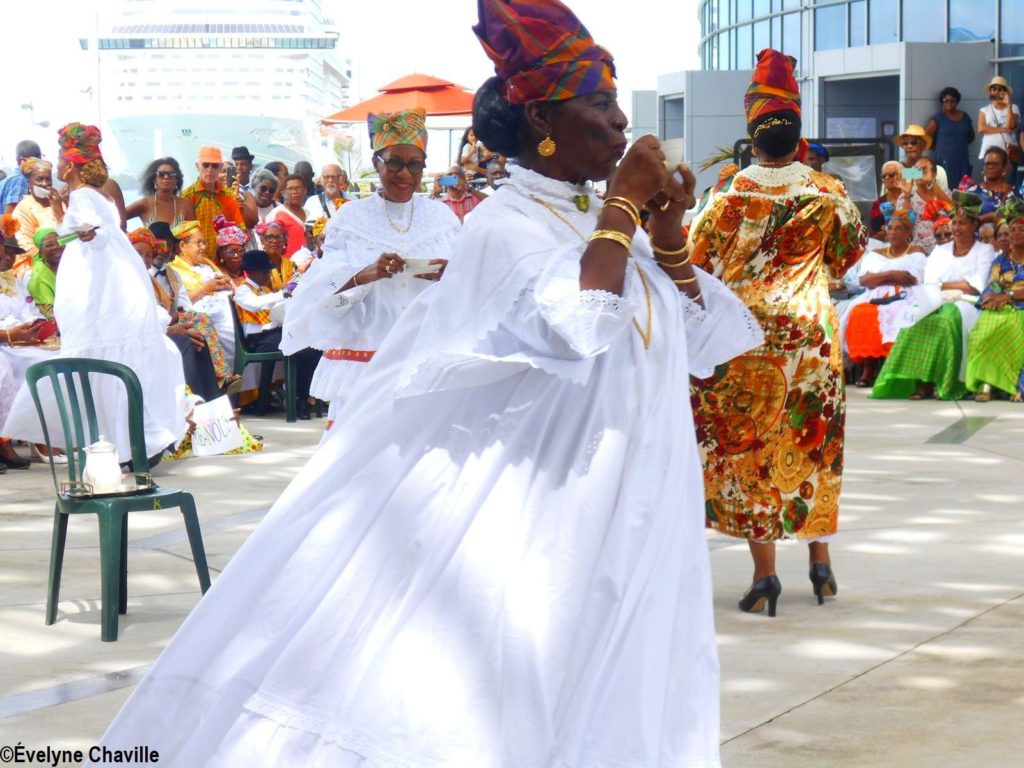 Guadeloupean society through the Creole costume

This Sunday, the show entitled “Rakontaj a Kostim” (Story of the Costume) and offered by the Akadémiduka was magnificent. For more than an hour, the story of the different Guadeloupean Creole costumes was told through several small scenes. The female members of the cultural association, wearing dresses of yesteryear, performed their roles with great talent: the market seller, the woman who ended up an old maid for refusing all suitors, the merry widow, the pretty woman, the malatto woman with her umbrella to keep her skin clear, the pregnant wife of a cheating husband, the “Da” who holds the baby, the godmother, the woman who sells her favours, the great bourgeois who needs several maids to dress her etc. Each of these women wore at that time an outfit in relation to their social standing with jewelry and a head-dress.

The texts read by Josée Turlepin from Akadémiduka and Raymonde Torin-Pater from Kamodjaka with a lot of humor plunged the audience into the Guadeloupe of yesteryear, a Guadeloupean society with its racial and social discrimination. 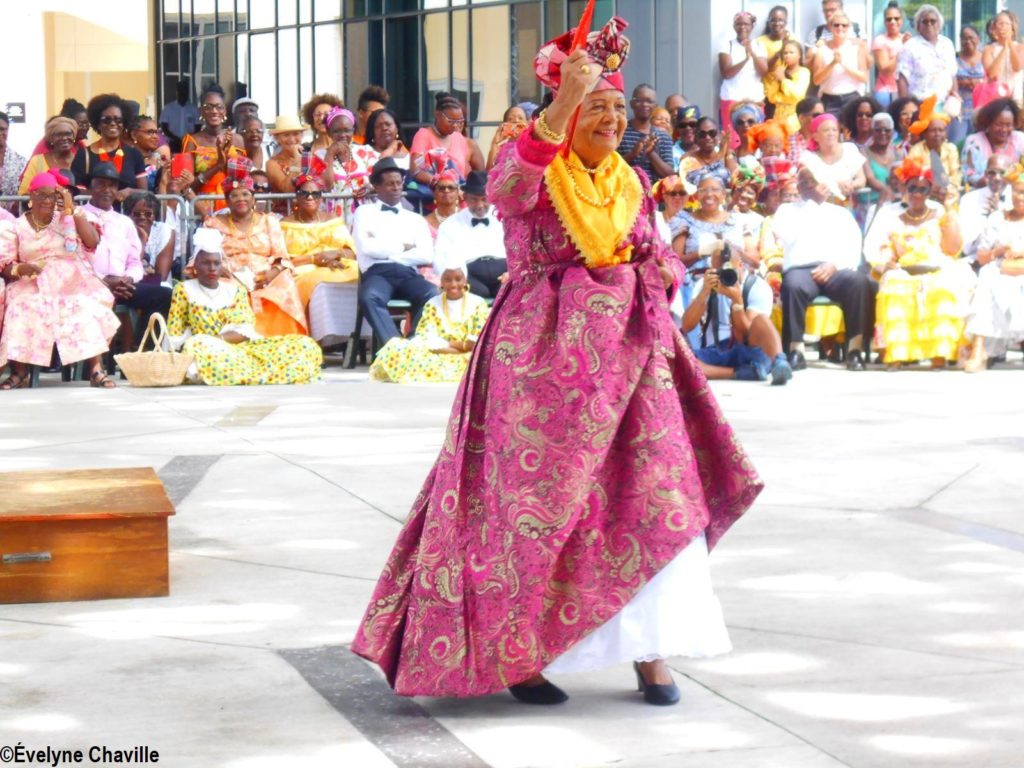 A show ruined by pseudo photographers and directors

However, since the price of cameras has dropped and cameras have been integrated into mobile phones, “pseudo photographers and directors” have emerged, which is a big problem during public events because they do not know the rules of the job. This shambles that had occurred in 2018 – especially during the second part of the show dedicated to the quadrille – was repeated this Sunday. The Place de la Commémoration of the Memorial ACTe which represented the stage of “O Bon Maten au Komandman” was invaded by these “pseudo image professionals”, local inhabitants and tourists. To film or photograph, these disrespectful people were less than 50 cm from the faces of the ladies and gentlemen who danced quadrille as if their camera had no zoom, but it is also that amateurism… Result: like two years ago, the voice of the one who commanded the quadrille dance was covered by a huge noise and nobody really understood the different moves of the guadeloupean quadrille, this dance which nevertheless inspired the name of this cultural meeting. Thus, the organizers had to lay down before the show begins the rules to follow or to define, if necessary, times when it was allowed to enter the dance floor to take pictures. 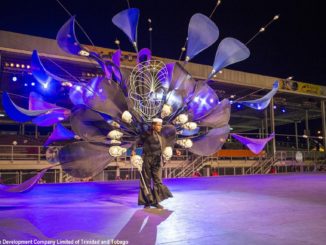 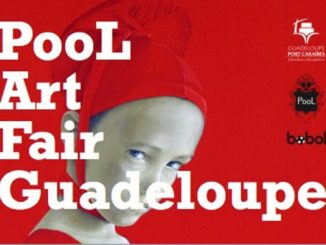