Camila Daniela is a 26-year-old Cuban director, singer and bassist whose voice burst onto the national scène of the Caribbean island early this year.

Her first musical collaborations were with the troubadour Polito Ibañez and the bands Buena Fe, Qva Libre, and Teamglao. However, the talented young woman bet on a solo career and her first recognition was to participate in the Adolfo Guzmán 2019 song competition, as a composer and performer of the song “Veneno”.

A few months later her voice entered into every home in Cuba with the soundtrack of the latest Cuban soap opera, El Rostro de los Días (The face of the Days)…

Since that time, Camila’s songs are sung and recognized throughout the country. That is why the young woman is currently recording her first album, which will be called Monarca 11, and will be based on a typical jazz format : piano, drums and bass, according to Kariculture.

We talk to her about her debut in music, her influences and her immediate projects.

Kariculture.net : Who inspired you to make music? And then what led you to become a singer?

Camila Daniela : I started studying music at the age of 8 and I remember two concerts of that time that impressed me a lot. One of them was from Buena Fe, and the other, the one that El Cigala gave with Chucho Valdés…if I were to talk about inspirer, I would mention them.

I am an instrumentalist, a double bass player because of the happenings of life for which I am grateful today, but singing gained space in my own instincts. Although I always loved to sing, I never dared to do so seriously. I was tied to commitments and projects that did not allow me to do so, until life seemed to collapse, I did not have the real clarity to see that this was to be my path.

Fortunately, I was supported by people I love and respect very much, and they gave me the courage to enter the Adolfo Guzman competition. It was the first time I introduced myself as Camila Daniela… 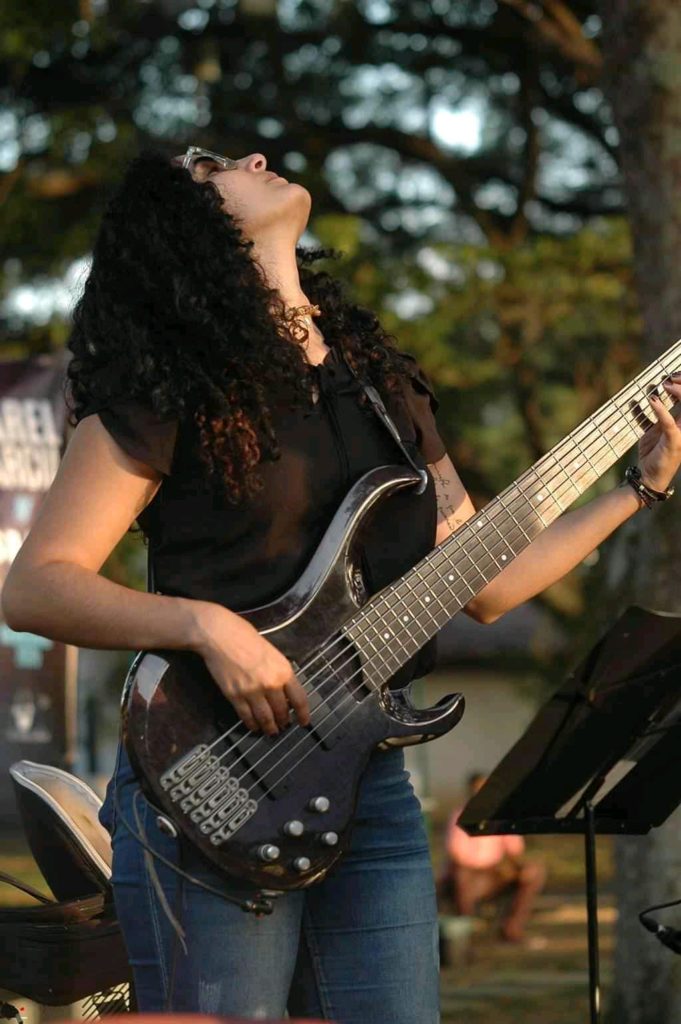 Kariculture.net : How do you describe the music you usually create?

C. D. : I think my music responds very much to my mood. I decided to make jazz because within the freedom that this genre represents, I was able to find a place and a label for the music that comes to me spontaneously. I look for songs that say in melodies and harmonies, that are poetry, stories, sentences, questions…especially, that are real and faithful to what I think and feel. 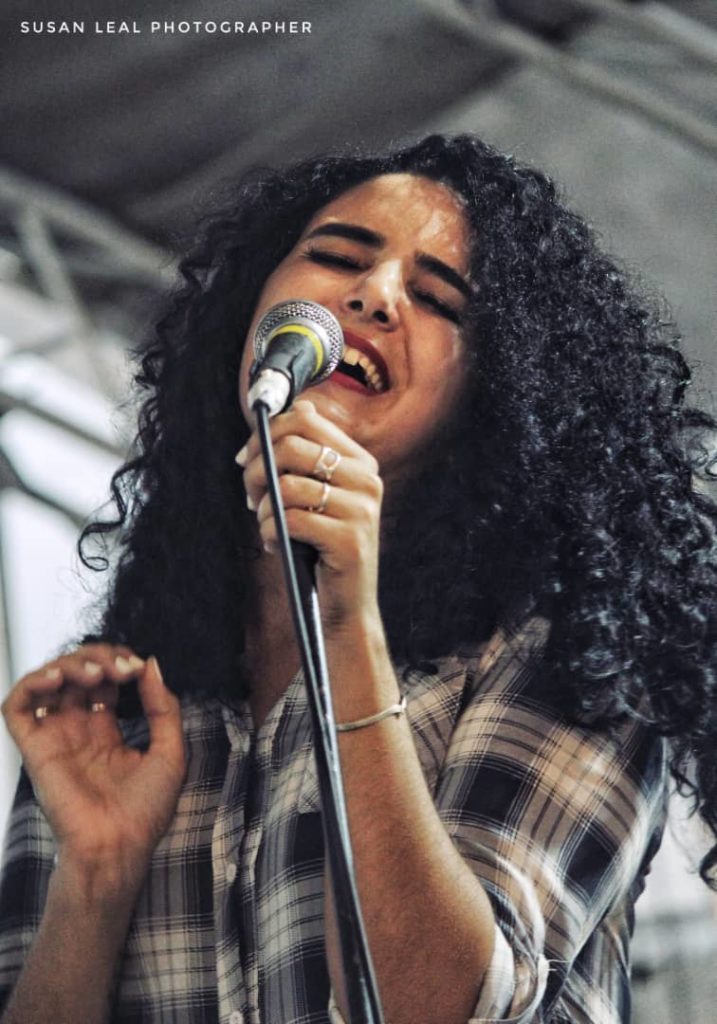 Kariculture.net : What is your creative process as a composer?

C. D. : My creative process is like an independent person of me. Like all beings, it sometimes lets itself be guided, and goes where I ask or need it.

At other times I sit down with the electric bass and start singing, almost from top to bottom, what will be my last song…then, I let it go. 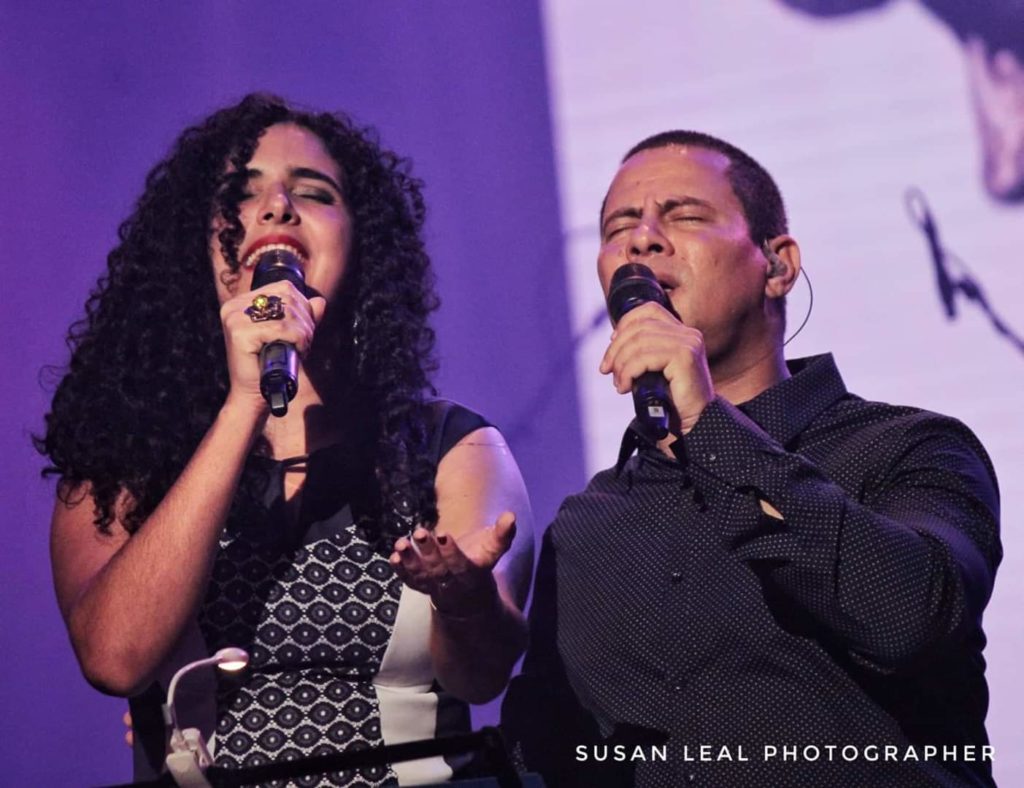 C. D. : Although I am fascinated by Cuban music and an admirer of Havana de Primera, Alain Perez, Buena Fe within pop, I feel that my strongest influences are Sophie Milman, Norah Jones, Roberto Fonseca and Daniel Caesar, without forgetting the stars of the last century like Blanca Rosa Gil, El Benny and others that I undoubtedly carry in my veins. 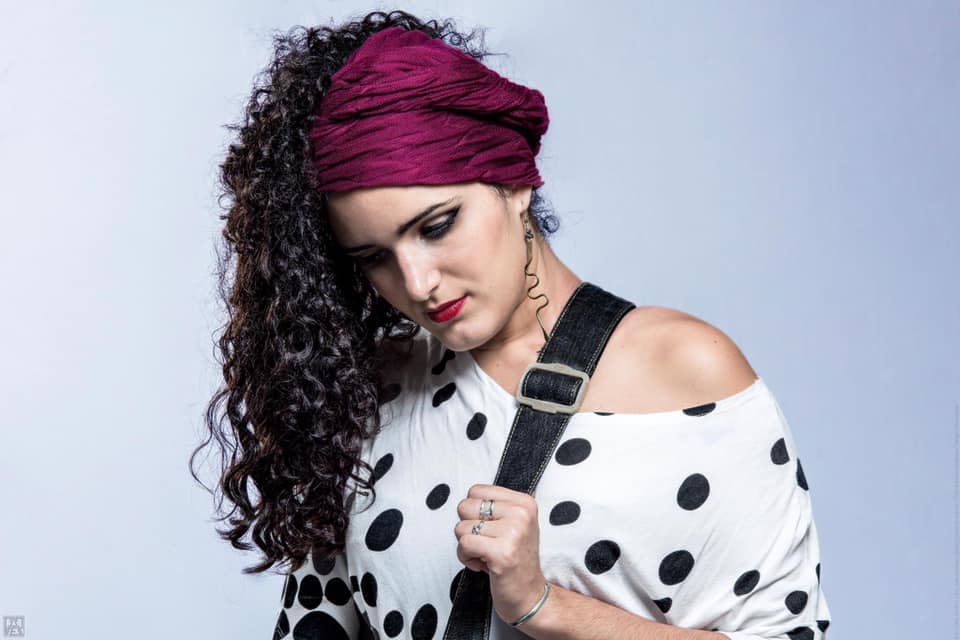 Kariculture.net : Did you ever dedicate the lyrics of a song to someone?

C. D. : Everything I write has an intended recipient…but in order not to violate intimacies that is not only mine, I will tell you about the track “Vivo en ti”, a song I wrote at the request of Ernesto Cisneros.

A few years ago, he was starting production of the soundtrack for the telenovela El Rostro de los Días, and I remember that it was at a celebration for his birthday, he approached me, and asked me to write a song about motherhood.

I’m not a mother yet, so to write this song I thought of my mother. In her life I was not a planned process. She came out in a state where raising a child was not one of her priorities, and I know that this filled her with fear, but like every mother, she recognized that the best way to educate is to give and learn to be a guide, and today I thank her for that. 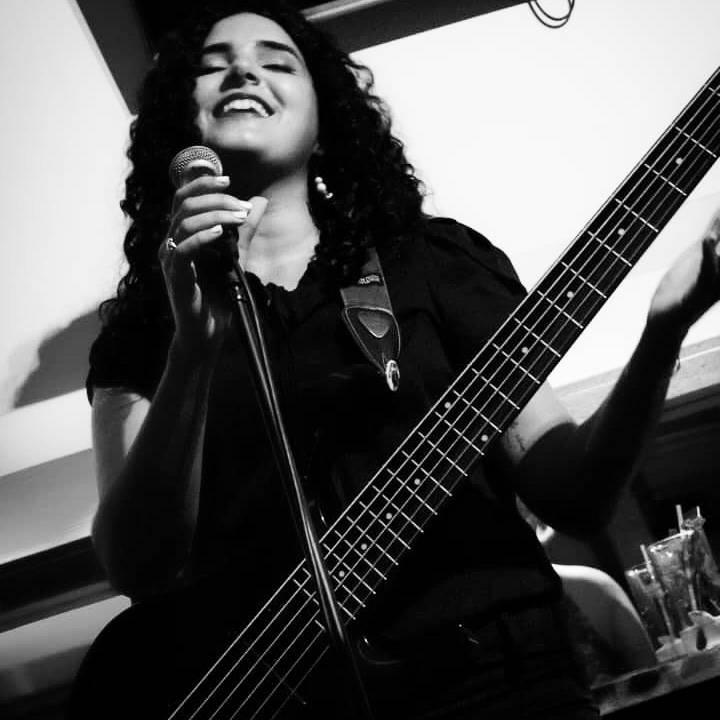 Kariculture.net : What song do you prefer to perform ?

C. D. : I think the answer to that question is as variable as time. Sometimes it’s a bolero from the 1950s, at other times it is my lastest composition. My mood leads me through music, music through my mood, melody through my voice. I just want to sing it all. 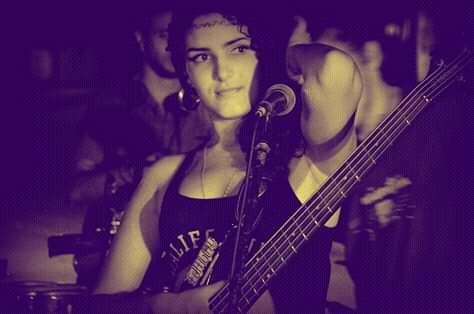 Kariculture.net : What is your best song, and why?

C. D. : I beleive that music is good or bad according to what is expected of it. Having said that, I could not choose one of my songs as “the best of all”. Besides, I have an independent and unique affection for each one, which does not allow me any favouritism.

However, I think that until now one of the most important songs I did is “Veneno”, not only because it took me to the contest, but also it demanded a lot from me. It’s a song I wrote practically all by mlyself, it’s more mature than me, it talks about things that frighten me and singing it will always be a challenge. 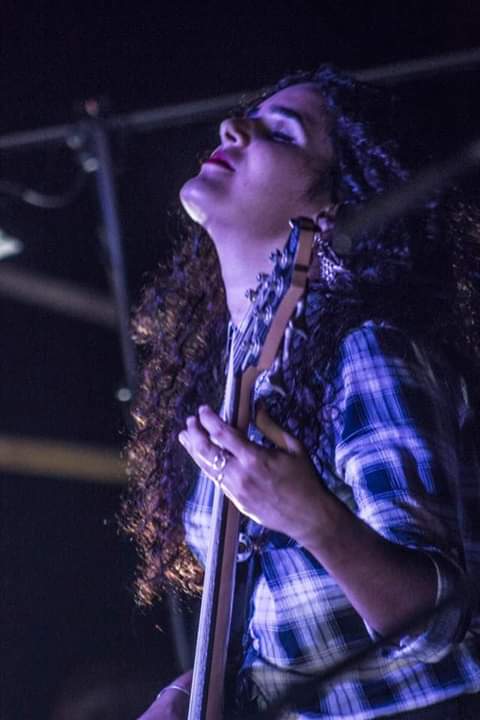 Kariculture.net : How do you rate the public’s reception regarding the songs for the Cuban telenovela? Do you have any anecdotes to tell?

C. D. : The way the music of the telenovela gained space among so many people was a real surprise for me, and a gift in this so complicated year.

During the telenovela, several WhatsApp, Messenger and Telegram groups were created, where information, criteria and music were shared. More than one night I found myself singing with a group of strangers, who later became friends, through voice messages. 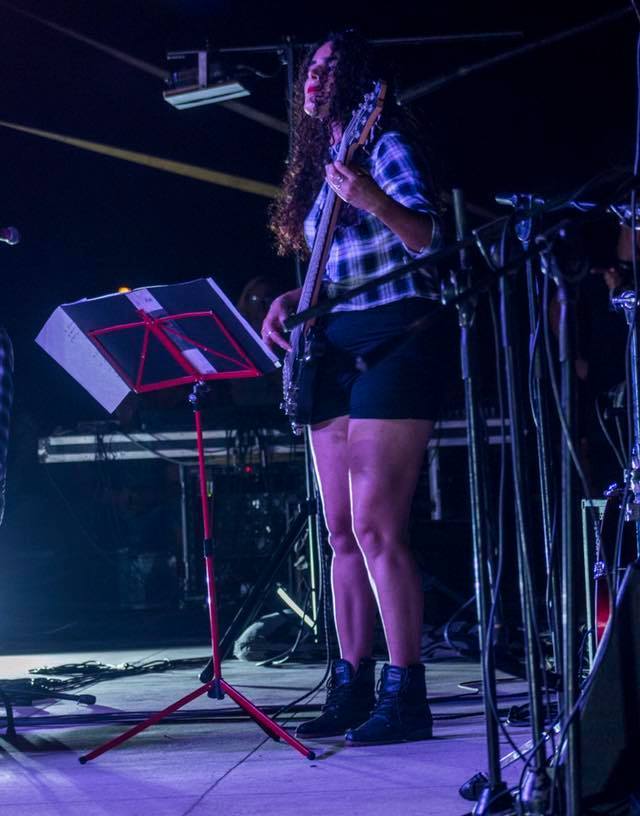 Kariculture.net : When you were composing the songs, did you expect them to have such an impact on the audience?

C. D. : Not at all. Although you always want your audience to like what you do, I never thought that this would happen. I am very happy to have sent the soundtrack of the telenovela to many people. I know that there were even marriage proposals with my songs.

All my songs are a piece of naked person, it is difficult to accept that everyone sees it, but in the end, they are born from me to stop being mine at the exact moment that someone else hears them, and makes them their own.

Kariculture.net : Could you tell us about your immediate projects?

C. D. : Currently, I am recording my first album, which will be called Monarch 11. I am discovering my voice, helped by Adolfo Martínez (Fito) who is producing with me this phonogram, which will be released under the EGREM label. The album will have 11 songs, I still have trouble deciding exactly which ones, because it’s difficult to choose.

For the moment, I’m enjoying this process very much, I’m learning from each of the excellent musicians who are accompanying me, and I’m working hard to have a first album that I will be proud of.

My main interest is to connect with jazz festivals all over the world, and if on those stages I meet Norah Jones, Diana Krall, or other jazz musicians that I admire so much, I guess I’ll be more than happy. 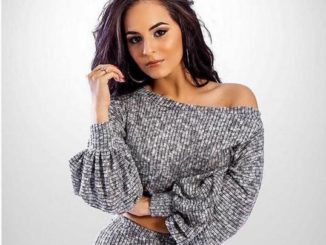 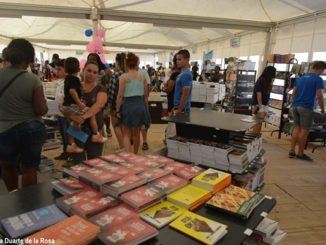