Few stages were so important in Cuba’s cultural and social life than the Alicia Alonso Grand Theater of Havana. Impressive in its construction and historical by the events it welcomed, this artistic coliseum was – for almost two centuries – one of the various bases of Cuban society.

Opened on April 15, 1838 under the name of Tacón Theatre – in honor of Captain General Don Miguel Tacón, on the former colonial island – the Grand Theater of Havana was considered, at his time, as the biggest and the most luxurious in the Latin-American continent. Today, it is the oldest active theatre institution in Latin America and the Caribbean.

On its stage paraded the most prestigious ballet companies, opera companies, theatre companies, dance compagnies, symphony orchestras and a substancial list of high-profile personalities of the world culture, among them legendary figures in dance like Fanny Elssler, Maya Plisetskaya, Ana Pávlova and Julio Bocca ; actresses like Sara Bernhardt and Eleonora Duse ; the great French mime artist Marcel Marceau ; the singers Enrico Caruso, Titta Rufo, Victoria de los Ángeles and Teresa Berganza ; eminent personalities in music like pianists Serguei Rachmáninov, Arthur Rubinstein and Daniel Barenboim ; the cellist Pablo Casals, the violinist Jascha Heifetz and the guitarist Andrés Segovia also contributed to the prestige of its long list of celebrities. Moreover, were performed there the most famous stars of the national art in various genres, among them, Ignacio Cervantes, José White, Ernesto Lecuona, Rita Montaner, Alicia Alonso and the Cuban National Ballet which is hosted permanently by the theatre since 1965.

A link with history

The Grand Theater also had a constant relation with political events from various periods. During President Barack Obama’s historic visit, last March, the Garcia Lorca Room in the theatre – the largest and the most sumptuous of the building – was the place where the North American leader gave his speech to the Cuban people.

Almost ninety years earlier, Republican Calvin Coolidge, the last US President in office who travelled to Cuba, chose the same room to deliver his speech at the 6th PanAmerican Conference, on January 16, 1928.

The original owner of the institution was the Catalan Francisco Marty and Torrens who, in 1857, sold it to the Public Limited Company of Havana High School, an institution which sold it after to Sociedad Centro Gallego, in the early 20th century.

The direction of Centro Gallego remodeled it and gave it its present shape, in 1915, with the collaboration of the North American organization Purdy and Henderson. So, the building became one of the greatest architectural representatives from the republican period in Cuba and, today, it is one of the most remarkable architectural achievements that has the urban context of the Cuban capital.

Located in a privileged place of the city, next to the National Capitol (currently under construction) and behind the esplanade where is the Central Park, on the Prado of the Cuban capital, the Great Theatre has a neo-baroque façade from which jutted out the curves of the baconies, windows, ledges and sculptural groups designed in marble from Carrara by Italian Moretti.

From a historical perspective, it is the unique theatre in Havana that preserves the Italian U-shaped format in the Garcia Lorca Room ; the sumptuous spiral staircase, whose marbles present a set of sculptural forms which majestically goes up to the roof.

In its history of designations, there were other names such as Great National Theatre, Estrada Palma Theatre and García Lorca Theatre. However, from 1985, on the initiative of the distinguished ballerina Alicia Alonso, the building was renamed Great Teatre of Havana, the name of Garcia Lorca was reserved for its main hall. However, since 2015, in agreement with the State Council of the Cuban Government, it took the name of prima ballerina assoluta or the Alicia Alonso Grand Theater of Havana.

The passing of the years and some deterioration caused its complete closure in 2013, when he was subjected to major reconstruction. Three years later, the emblematic coliseum reopened its doors on January 1st, 2016, with the traditional gala that gives every year the National Ballet of Cuba, managed by Alonso.

The revival of a theater

Today, among the spaces the theatre offers to the visitor, there are García Lorca Room ; Lecuona Room, dedicated to small shows and concerts ; Carpentier Room, a multipurpose hall ; Zoom and Origenes galleries ; Cabaret El Tablao, which promotes the most authentic of the national culture ; and a cellar for wine tasting.

Currently, it presents an regular programming from Tuesday to Sunday made with the most representative of Cuban culture that draws as many Cubans as foreigners who visit the island.

With all its former splendour, the Alicia Alonso Grand Theater of Havana returns to the centre of the cultural and historical life of the country. Pride of the Cubans, the coliseum will continue to be the witness of major artistic events that take place on the Caribbean island and the Cuban reference theatre, in its own right. 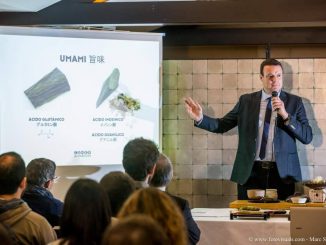 The charm of Japanese cuisine can be reborn in Cuba