On Thursday November 22, the guest of the artistic stage located at the Memorial ACTe, on the occasion of the 11th edition of the Route du Rhum-Destination Guadeloupe, was the singer and musician Dominique Coco. The artist who had kept silence for a while in his career is scheduled again on several stages on the island. To be at this free concert planned between 8:30 pm and 10:00 pm, the fans of the singer came from the four corners of Guadeloupe. Very early, they already stood in front of the podium to be certain they will fully participate in the party, they were lucky because it did not rain as the previous days. In the audience, there were young and not so young, male and female people.

Just before Dominique Coco came on stage, his talented musicians among them the drummer Jérôme Castry and the bass guitarist Willy Jean played a great music introduction then, his chorists elegantly dressed among them Lydia Barlagne took place behind their microphone. After, the show could start. When the artist appeared on stage, there was an outbursts of joy, a kind of collective excitement. Dominique Coco began to sing his many hits such as“Gwada”, ” Natirèl Poézi”, “Chimen an mwen”, “Zanmi-o”, sometimes with his guitar and the crowd did not stop singing in chorus with him. He did not forget to salute “Volte face”, the band that introduced him to the public with Guadeloupean bass guitarist Georges Décimus, Martinican singer Catherine Thélamon, Guadeloupean singer and guitarist Dominique Panol and the late Dominican singer Jeff Joseph.

The singer who introduce himself like a “cultural activist” also claimed his sense of belonging to the Caribbean especially through his song “Imajiné”. The fans were always in a frenzy, among them there was this young woman who was screaming so that Dominique Coco sang his song titled “Chivé natirèl” (Natural hair) while she wore a wig… They said that a concert is sometimes an outlet but apparently it also allows to express a profound desire…

At the end of the concert, the audience was happy with the performance offered by Dominique Coco and his band, “Kako Band”. 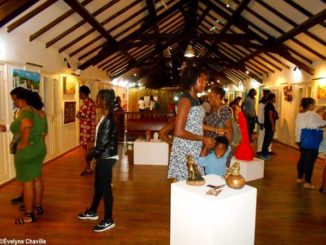 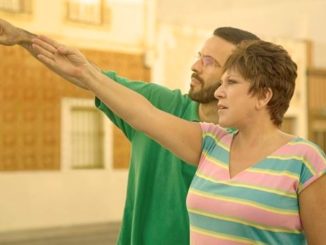