At the end of last year, we suddenly heard that a major artistic event was being planned in Guadeloupe. It was a biennial event, the organiser was the Departmental Council. Things started to become clearer when “some” artists said to have received a phone call from a representative of the Departmental Council who was also an artist, informing them about this event. This approach surprised more than one person. What right did this person have to choose artists in the archipelago according to his affinities, his desires? It was certainly an order from his superiors. Some artists who dared to criticise this approach were “pushed around” with words and even insulted by some “selected artists”…

On Monday 21 December 2020, at the Arawak hotel, there was an information meeting with these few “artist-elected” in the presence of the heads of the Departmental Council’s cultural service, the departmental councillor in charge of culture, Brigitte Rodes, and a foreign guest presented as the artistic director of this biennial, Simon Njami. Apart from the theme – “Abolitions” – and the period – from 8 December 2021 to 5 March 2022 – which were unveiled on this occasion, many of the artists who took part in this first meeting said that they left disappointed because they had not learned anything concrete about this future event.

It should be noted that on 14, 16 and 19 December 2020, Simon Njami, a native of Cameroon, carried out training at the headquarters of the Departmental Council in Basse-Terre or at Arawak hotel, and some artists said that they were informed overnight ; one of the themes was : how to submit a file in order to participate in a biennial event ?

It was thought that the organisers would communicate to create support for this project among artists and the population, but this was not the case : the press was conspicuous by its absence at this meeting attended by some forty artists. According to what was said, one person present in the room ventured to record what was said during the meeting, but was asked to turn off her mobile phone by one of the officials of the cultural service of the Departmental Council in a very unpleasant tone. Let’s organise badly, let’s organise in secret…

In the following days, some artists have seen fit to send their CVs, books or other documents to the Departmental Council to introduce themselves, and some even went there to meet the people in charge. But what everyone was looking forward to was the calls for tender to submit their projects.

At the end of April 2021, after months of waiting, the artists knew that this famous biennial had been postponed (to when? no one knew…), others said that it had been cancelled, which is understandable because often, in this time of Covid-19, “postpone” means “cancel”. In addition, next June, elections will be held at the Regional Council and the Departmental Council of Guadeloupe and the current president of the Departmental Council announced in the local press that she will leave the Department to run for the position of president of the Regional Council. Would this biennial project be a priority for her successor?

On May 12, 2021, in an attempt to understand this imbroglio, we contacted Simon Njami and asked him a few questions. His answer, received on May 13, 2021, was rather surprising : “(…) As far as I know, and it seems to me that I am in a good position to know, the Biennale was not cancelled, but postponed. We are still working on it and the artist residencies are continuing. The last one was cut short because of the lockdown that was ordered. The next one will take place in June. I am still working on the selection of artists and the various surrounding activities we are setting up. As soon as this is made public (which will be soon), I will be ready to answer all your questions (…)”.

We can understand that Simon Njami cannot answer questions about the date of the organisation of this biennial event, which depends on the Departmental Council, but he could have answered us, for example, about his vision of Guadeloupean art, if it exists, his meeting with our artists, the possible spinoffs (economic, cultural or other) for our archipelago, the spinoffs of this Guadeloupe biennial in the Caribbean cultural landscape, given that this first edition was planned at almost the same period as the 14th edition of the Havana Biennial, in Cuba, scheduled from 12 November 2021 to 28 February 2022, etc.

On 14 May 2021, five months after the first meeting, the artists who had already been contacted or who had made themselves known by the organisation received a letter by e-mail dated 12 May 2021 (date we contacted Simon NJami). Signed by Josette Borel-Lincertain, it officially informed of the postponement of this biennial event. The president of the Departmental Council wrote : “On the occasion of our plenary assembly of 18 December 2020, the project of the Intercontinental Biennial of Contemporary Art of Guadeloupe was presented to the departmental councillors who approved it (…)”. If the elected representatives of this major local authority in charge of social affairs gave their agreement for the organisation of this artistic event, it is not mentioned that they voted any budget. We are talking about a sum of 2 or 2.5 million euros that would be necessary to carry out this biennial…

The president of this assembly continued : “Through this large-scale event, it is a question of positioning Guadeloupe on the international contemporary art scene (…)”. We would like to reply that many Caribbean people do not even know where our archipelago is located… We want to know if these officials visited other biennials to see how such a cultural event takes place?

“The period from December to March of the following year remains the best time to host this great event”, she said. We want to ask her if this choice is intended not to compete with the annual Pool Art Fair by painter Thierry Alet, which usually takes place in June? We especially want to ask her if she thinks it is advisable to launch the first edition of this biennial of Guadeloupe at the same time as the well-known Biennial of Havana ?

“Artists’ residencies scheduled in the preparatory phase had to be postponed because of the sanitary restrictions to enter the territory and the lockdown”, said Mrs. Borel-Lincertain. According to Mr. Njami, the next will take place in June instead of last April. According to our information, the guest painter is from Cameroon and his name is Bili Bidjocka ; the two previous residencies were offered to the plastic artist, sculptor and performer Arnaud Cohen, from France-Portugal (February-early March) and to photographer David Damoison, from Martinique (mid-March/April). Many of our artists were unaware that the presence of these artists in Guadeloupe was linked to this future biennial. We would like to ask the President of the Departmental Council why she did not seize this opportunity to welcome several local artists in residency in Guadeloupe, since many of them never experienced this mode of production?

Is she really sure that “Guadeloupean visual artists will find all the space due to them”, as she claimed, or was it planned that most of our artists would go to “decorate” little frequented off while foreign artists and a few Guadeloupean “artist-friends” would occupy the most prominent exhibition places and leave with big money? This is, in any case, the fear of many artists from the archipelago.

With her long letter, is Josette Borel-Lincertain also trying to go down in history by being the one who would be at the initiative a biennial in Guadeloupe? That’s what a visual artist said.

The Guadeloupe Intercontinental Biennial of Contemporary Art was postponed, and this is understandable, because this affair is similar to a real “gas factory” ready to explode and break the morale of our artists already weakened by the Covid-19 pandemic. No budget voted, no call for tenders, selection of artists by cronyism, no regular communication with the artists, artist residencies with a “unclear” aim and reserved only for foreign artists, bad choice of date, no media coverage, these are some of the major failings of a biennial event that was supposed to make the Guadeloupean archipelago the artistic centre of the world… in 6 months!

Conclusion : the Departmental Council of Guadeloupe and its cultural department as well as external partners – certainly well paid – are asked to seriously review their plans because the image of Guadeloupe is at stake. 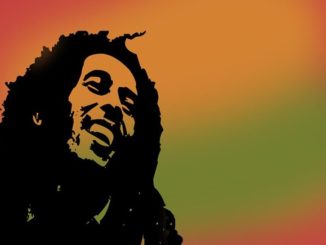 Reggae is taught in several universities, do you know that?