From February 26 to March 12, the Kolèktif Mas Kiltirèl which celebrates its 15th anniversary in 2019 organized its 9th exhibition entitled “Larèl an Nou” at the Pavillon de la Ville in Pointe-à-Pitre (Guadeloupe). We met Alain Mozar who is the secretary of this organization and the scenographer of this exhibition.

Created in 2004 at the initiative of Alain Mozar, the Kolèktif Mas Kiltirèl (KMK) had about ten “skin groups” or “gwoup a po”. Today, it brings together 26 groups from 30 towns in the Guadeloupe archipelago (out of 32), three-quarters of which are from the Pointe-à-Pitre and Les Abymes region (see the list below). It must be known that some groups like Akiyo, Klé La or Nasyon a Nèg Mawon do not belong to this organization…

Between 2005 and 2013, the KMK organized 8 exhibitions on the Mas at the Centre Culturel Rémy Nainsouta. The 9th entitled “Larèl an nou” has just been held from February 26 to March 12 at the Pavillon de la Ville in Pointe-à-Pitre.

This event brought together 13 groups that provided several pieces (costumes, photos, posters, drawings, paintings, various objects). They were distributed in spaces representing the different Urban Communities and the Marie-Galante Community of Communes which exist on the territory of the Guadeloupean archipelago. During these two weeks, Guadeloupeans (although many, because of superstition or belief, consider that carnival is now over and we must respect Lent), children from leisure centres then from primary schools and tourists visited this exhibition.

Too much criticism between “skin groups”

This former delegate of the Federation of Community Arts Centres and former director of the Pointe-à-Pitre Community Arts Centre remembered the exhibitions on the Mas as well as films and photos he made with his staff from 1980 to 1998. “Since I was a child, I already mixed with the carnival lovers because my mother had a grocery store in front of the Centre Culturel Rémy Nainsouta in Pointe-à-Pitre and, at the age of 12, sometimes I served clients ; the “carnavaliers” came to have a drink in the refreshment room and I heard them talking about the parades (…) Later, I also followed the musicians of the bands Ritmo Combo and Sélecta ; one of my brothers was in the Akiyo group ; I frequented the premises of the musician called Kafé who was in front of the University Hospital Centre and I saw the parades. So, before creating this collective, from 2002 to 2003, I seriously looked into carnival”, said Alain Mozar.

Enhancing the “Mas a Po” for more visibility

Several meetings with the “skin groups” who played the “Mas a Senjan” music in Pointe-à-Pitre and the “Gwo Siwo” music in Basse-Terre preceded the realization of this idea of federating them. “We worked from the analysis that several “skin groups” such as “Le Point d’Interrogation”, were created from successive splits of Akiyo, launched in 1979. These groups did not want to spend money to parade which was not the case of the “official” carnival organized, at that time, by Raymond Giraud (director of the Tourist Office) and Mrs Aimée Adeline. We had mentioned the fact that the national media, RFO, did not talk a lot about “skin groups”. They were called “dirty Mas” and we were not advised to go to parade with them. The “Mas a Po” was also considered a political opponent, a rebel or even a separatist. We had to organize ourselves to promote the “Mas a Po” and have more visibility. So, we had two fights to launch : a media fight and a fight for harmony between the groups”, explained Alain Mozar at length. In addition, the KMK secretary also remembered that between 1980 and 2000, many groups refused the word “association”, they preferred to be called “mouvman kiltirèl” (cultural movement). Today, there are several movements within “skin groups” : political, musical and decor-costume.

“We did not yet weigh up the extent of the Mas’s cultural contribution. We are broaching something special. We must also understand that people join groups first for them, for their psychology, to excel themselves physically; for example, people wonder how the “carnavaliers” in “skin groups” so quickly walk up the Massabielle hill when they are parading? (…) Some people criticize the “skin groups” costumes but today, it must be understood that these “carnavaliers” consider differently the body”, he said.

The Kolèktif Mas Kiltirèl, which is celebrating its 15th anniversary this year, is continuing its communication on the “Mas” with the release of the 14th edition of its brochure entitled “Larèl a Mas a Po”. Its next event is a debate on Mid-Lent that will take place on Wednesday, March 27. This year 2019 is very important for the KMK because it will have to redefine its project for the next three years. 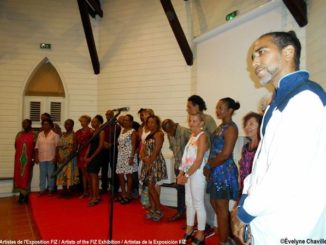 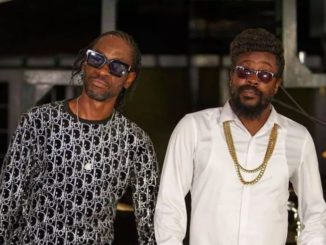 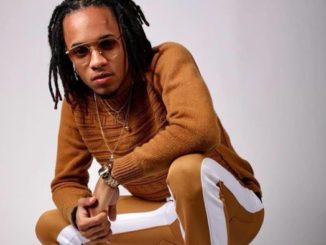