Everything is ready for the curtain to go up on the play “Mimosas”, for the benefit of the country’s senior citizens. It will be performed on Thursday, November 12 at Mecenas-Café, Centro Cultural Mirador, at 6:00 p.m. and with a strict protocol to protect against Covid-19.

Theatre producer, Gianni Paulino is ready to present the first performance of the play “Mimosas”, the proceeds will be donated to the Christmas funds for seniors at the Fundación Manos Arrugadas (Foundation wrinkled hands). The play will make its debut on Thursday November 12, at Mecenas-Café, Centro Cultural Mirador and will be performed from Monday to Friday at 6:00 pm.

The ninth theatre production by Atrévete, srl, will be held in an open-air space, where a strict protocol was put in place to protect against Covid-19. It includes previously purchased digital tickets, opening 45 minutes before, compulsory use of masks, hygienic measures, a stage far from the audience, a printed and digital QR programme, order by area for entries and exits in one direction, and ban on greetings between spectators and actors.

Directed by Germana Quintana and starring Elvira Taveras, Giamilka Román, Lidia Ariza and Gianni Paulino, “Mimosas” will make the audience an accomplice to the plot that is about the meeting of four friends who get together after 25 years to discover the secret that made them what they are today: a devoted wife, a lady in waiting, a famous professional and a happy mother, while enjoying their favourite drink, a “mimosa”.

The theatre thriller, written by Spanish playwright Santiago Moncada, is characterised by drama, suspense and hilarity which it provokes by dealing with universal themes such as puberty, yearning, youth’s frustrations, age, sex, the value of friendship and relationships,

“This staging is contemporary, vibrant, and suspicious, it connects the audience and making it experience a catharsis as spectators, while at the same time being dismayed and amazed by the inner world of these women”, said the producer and actress.

Gianni Paulino explained that in order to produce the play she had to create an emerging, creative and sustainable plan of action over time, making adjustments as reality changed in the face of the pandemic. That’s why she thanked the troupe of artists and technicians who accompany her, because it is their degree of commitment and pragmatism that allowed theatre to fulfil its role as entertainment within a crisis situation. 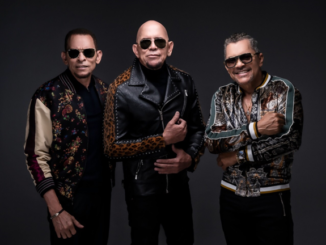 A successful European tour for Lírico 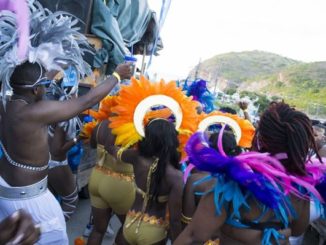