Due to covid-19 circumstances, the 9th edition of Curaçao International Film Festival Rotterdam (CIFFR), scheduled for 21 to 26 April 2020 in Willemstad, has been cancelled. To continue to offer visibility to filmmakers from the Caribbean region, IFFR has made six previous winners of the Yellow Robin Award available to watch online in Curaçao, with one film to be viewed for free until April 30, 2020.

Ever since its launch in 2013 at the second edition of CIFFR, the Yellow Robin Award competition has served as the festival’s major platform for upcoming filmmaking talent from the region. Each year, an international jury decides which filmmaker receives the $10,000 prize. On top of that, the winning film goes on to screen at the next editions of both IFFR and Mexico’s Morelia International Film Festival.

IFFR Unleashed now presents six recent winning films, by filmmakers hailing from Panama, Jamaica, Puerto Rico, Mexico and the Dominican Republic. Their local visions, rooted in places where cultures merge and collide, have since met with eyes from all over the world.

Curaçao audiences can watch one of the six films per account for free.

▪ At the bottom of the page, select the film you want to watch

▪ Go to your shopping cart and enter the following code: CIFFR2020

The six films are: 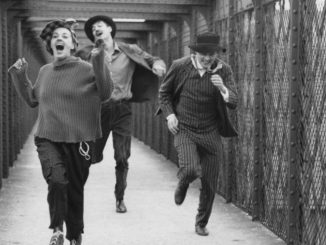