Although the seventh art was born in Dominican Republic between 1900 and 1922 with the documentary “The legend of the Virgin of La Altagracia” by the Lumiere brothers, when we talk about the beginnings of Dominican cinema the emphasis is put on the movie “NuevaYol” (1995), written and directed by the filmmaker Ángel Muñiz and featuring one of the most prominent comedians of all time in the country, Luisito Marti, who died in 2010.

The Dominican film has had, undoubtedly, the recovery after the adoption of the Cinema Act. The law 108-10, in force since June 13, 2011, came to encourage, to promote and to propel, by means of economic resources, the film industry of the country. But this law is not limited, it also works to position the country as a destination of shooting locations for international productions.

Throught this act, 18 films were produced a year in the country, the support is not just coming from sponsoring brands, the government and investors, the growth of this industry in Dominican Republic was also increased by the massive support the public gives to the films by going to the movie theatres to enjoy each of these productions, especially the comedy.

The island has surpassed itself in production, script and casting. Collaborations between international film production companies and the country, have also contributed to the development of this art that handles millions of pesos and boosts the local economy.

One of the most remarkable films of the country is “The Gunguna” by the director Ernesto Alemany. The film, one of the best in the country, according to critics, won the awards for “Best Director”, “Best Actor” and “Best Film”. He was also winner of 15 of the 22 categories where he was nominated in the Premios Iris Dominicana Movie Awards 2016, one of the awards specialized in film in Santo Domingo.

With films like “Dólares de arena” (drama), acted by Geraldine Chaplin, the daughter of the legend of silent film, Charles Chaplin, “Girasol” (drama), “Código paz” (action), “El rey de Najayo” (drama and action), “Trópico de Sangre” (drama and action),“Al sur de la inocencia” (drama),“A orillas del mar” (drama), “Loki 7” (drama, action and comedy), among others, some producers, screenwriters and directors tried to remove the prejudices that left the comedy on Dominican cinema, but they did not succeed, because humor continues to attract audiences to theaters, more than any other genre. 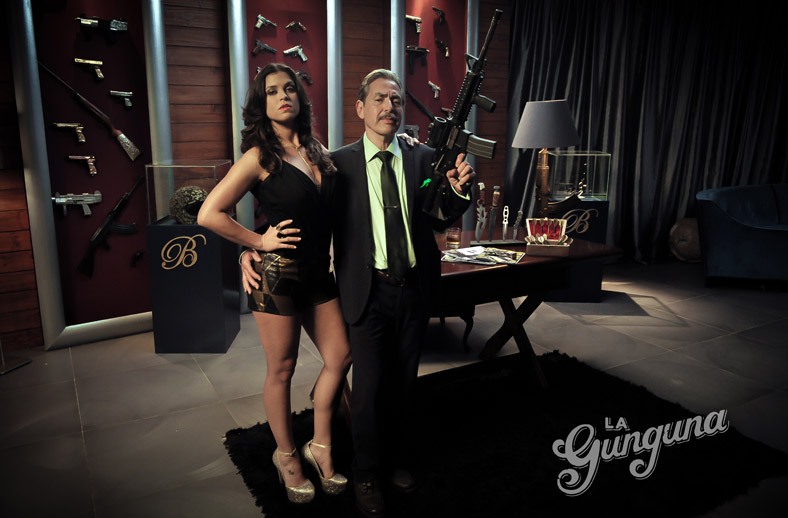 A destination as a place of shooting?

Although many dramatic and action films far outweigh some comedy movies, the audience seems interested in paying to laugh and to enjoy a quality cinematographic product.

And it does not mean that in comedy there is not quality, yes there is, but there is still much to be done, especially in the scenario.

Last September was released the comedy “¿Pa’ que me casé?” by director and producer Roberto Ángel Salcedo, one of the main creators of comedy films in the country.

Since the beginning of this year 2016, were released eight films among these there are “A orillas del Mar” by Bladimir Abud and “Loki 7″ by Ernesto Alemany. For the rest of the year, other films are expected.

In Juan Dolio, in the east of the country, is located Pinewood Group, the first film studio in Dominican Republic. The modern studio is founded by the Dominican group Vicini and Pinewood Shepperton PLC, a British film company which directed successful films like “Harry Potter”.

There is no doubt that the seventh art is developing and is evolving rapidly in this Caribbean island. 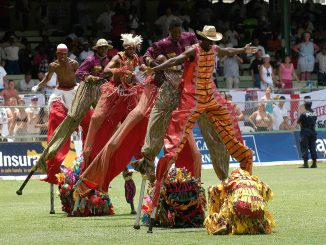 Theater in Dominican Republic : its evolution 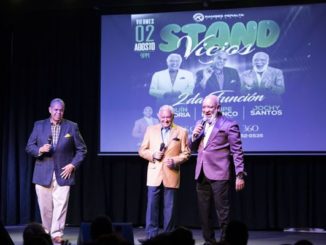