As soon as we hear on the radio “Juanita volvió“ (Juanita is back) – a song that tells the arrival of a Dominican girl who lives in the United States and returns to her country every Christmas, full of hope, dreams and gifts – by the Dominican merengue singer Milly Quezada , it’s a sign that officially it is Christmastime in Santo Domingo.

The most cheerful moment of the year for many of us, begins to be celebrated in the country at the end of October. In the streets and the houses are shown from this date, small coloured bulbs, Christmas trees, nativity scenes with baby Jesus, charamicos (Christmas decorations made out of dry wood), Santa Claus and other ornaments, which give life to the spaces. Although it is an island that is characterized by a very warm temperature all year long, at Christmas blows a fresh breeze that we can feel more strongly in the month of December and it extends until January.

At radio stations, around Christmas, the programming is changing and songs like “El Santo Cachón” by Los Embajadores del Ballenato, “Llegó tu marido” (Your husband has arrived)” by the merenguero Héctor Acosta “El Torito”, “Que te pasa viejo año” (What’s the matter with you old year) by Rasputín,”La misma Pela” (The same Thrashing) by Jochy Santos, “Alegre vengo” (I am happy for Coming) by Felix del Rosario, among other songs, invade our homes with joy and rhythm.

These same issues are used by groups of people who meet in the neighborhoods to organize jointly the Christmas gifts and they leave the house at dawn to go through the streets and wake up the neighbors with these happy songs to the rhythm of the güira and the drum. At the end of the day, they gather to share some ginger tea or hot chocolate.

Time of love, time of peace, time of joy, time to give…12 months of the year should be that way. But, all this that should always exist, is felt more in December. What’s so special about this month? Dominican Republic, like many Latin American and Caribbbean countries, celebrates at Christmas the birth of baby Jesus. Being a Catholic country, this month is sacred and tradition is followed to the letter.

There are special dates when we buy new clothes to wear like : on December 24, the day of the family dinner ; on December 25, Christmas day ; on 31, New Year’s Eve and on the first day of January, the New Year celebrations.

A tradition has begun to desappear, it is that of the ritual we did when we were children the night before January 6, the day of the Three Kings. More than a decade ago, every night of January 5, children hid under their bed cigarettes, herbs, water and peppermint with a letter of request for toys, because they believed that on the morning of January 6, Melchor, Gaspar and Balthazar would leave us gifts and that’s why they hid these gifts so that the Three Kings took the water and the camels ate the grass.

I was one of those children who, with the hope, took some grass in the yard, a glass of water, my mother bought three cigarettes (one for me and the others for my two brothers Ramon and Tere), green mint and a letter, with emotion, impatience and faith, I arranged my presents for the Kings under my bed, not knowing that when I was asleep, my parents read my letter and bought me, in the central park of my home town of San Pedro de Macoris, my doll Maria Palito, as these plastic dolls (replica of Barbie) were called.

This tradition gets lost over time and children do not have the same innocence as before, few of them still believe in Santa Claus and make a request via a letter in the hope of finding under the tree this desired gift.

Bacchanal Jamaica : young but so hot 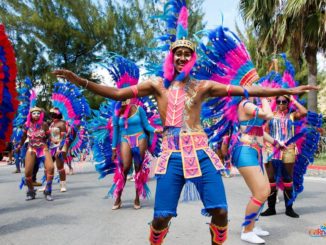 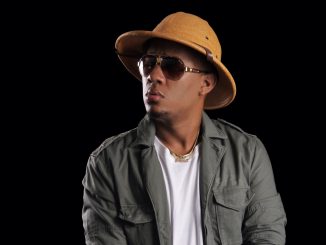