At the time, no artist, no festival or show organizer, no political party or movement, no whistleblower, no journalist (especially from the national TV channel, which today rushes microphone and camera in hands to see what is happening there!) was interested in this old building located in the middle of the city, which had been in use for some thirty years and had fallen into disuse, yet everyone passed by…

After the regional elections last June, some people suddenly rediscovered it and on July 5 it was invaded by a group of artists and others who claim to be part of a nationalist political movement. “That’s a good thing”, “it was time”, “we’ll finally know what’s going on”, “the work will finally to be finished”, these are some of the comments that have been heard from those who approve of this occupation. Others, like Kariculture, disapprove of it because, if symbolically it is a significant act that will go down in history, concretely it does not advance the file ; we will not even mention the legal consequences of a possible injury accident on this site, as this would be adding problems to problems.

If some people thought that everything was going to be solved, it was not. We very quickly realized that this file is a big chewing gum that was chewed for a long time and has become very hard.

Today, there is a sort of “war” between the occupants of the CAC and the Cap Excellence agglomeration community. Indeed, the collective claims that it was its mobilisation that made things moving, the public community replies that it never stopped working on the file but it no longer had a penny to finish the work… In 2018, during our investigation, why did we not find anyone to give us at least this answer?

For the past three months, the squatted Centre des Arts et de la Culture has become a place of pilgrimage for those nostalgic for the heyday, a place where it is absolutely necessary to show oneself, to take pictures because we are in a society of images and above all because many (including artists) hope that the fallout from this mobilization will be fruitful and they want to have their share.

“All this commotion at the Centre des Arts has only one objective: that Cap Excellence hires the squatters or more particularly the thinking heads of this movement, some of whom do not know when they will organize a festival or a concert again (…)”, this is the opinion of some who are carefully observing the “dékatman” of this case which has already caused a lot of saliva and ink to flow.

So, we can’t help but wonder about the real motivations of the organizers of this occupation : is it a mobilization for the general interest, and therefore to give culture the place it deserves in the Guadeloupean archipelago, particularly on an economic level? Or is it a mobilization for the particular interest, i.e. to allow some people to get a job, since some of them have not had any income since the beginning of this Covid-19 pandemic? “So much sweat, screams and sleepless nights for nothing at all? It is impossible! Some are sleeping on the spot, there is necessarily a deal between Cap Excellence and these occupants”, some people, including artists, say.

Let’s ask the question clearly: is there an agreement between Cap Excellence and the occupants of the Centre des Arts et de la Culture in Pointe-à-Pitre that should lead to the recruitment of members of the collective?

In any case, if these occupants want the new Centre des Arts et de la Culture in Pointe-à-Pitre to finally open its doors to artists and visitors, they will have to leave the premises one day to allow work to resume.

It is clear that all the activities that have been taking place there for the past three months are considered illegal by Cap Excellence, and it may have no desire to preserve any traces of this “uprising”. Will the frescoes painted inside the building be integrated into the new project or covered with a thick layer of paint?

This is a question that will also have to be answered by the famous programmist, the “messiah” who must rethink the project. In general, the mission of this professional is to intervene even before the architect to evaluate the feasibility of a construction project, and here this is not the case. But, regarding the Centre des Arts et de la Culture in Pointe-à-Pitre, they used to put the cart before the horse, since the “Maison du Projet” (this grey and orange container placed at the foot of the CAC) provided for by the law of 21 February 2014 on programming for the city and urban cohesion was supposed to involve the population in the new project, but it arrived a long after and it never opened its doors…

Last July, it was initially planned that Cap Excellence would restart work in early 2022 and complete the auditorium in the second semester of 2022 (December) to allow artists perform and earn a living. However, after much discussion with the actors of the various artistic disciplines, it was decided last September that the community will complete this 1,500-seat auditorium, but also the creation room and the training room. At first glance, delivering the Centre des Arts et de la Culture seems simple since the main work is more or less completed, but it will be necessary to add dressing rooms for the artists, toilets and the entrance hall.

Currently, with these additional works, no one knows when the Centre des Arts et de la Culture in Pointe-à-Pitre will be ready to welcome artists and the public again. What will the programmist decide?

Cap Excellence claims to invest 17 million euros from its own funds in this work and expects partners – such as the French State, the Regional Council of Guadeloupe and the Departmental Council of Guadeloupe – to contribute the remaining 18 million euros to the financing plan. Will the government first want to understand why there were several company failures in a rehabilitation project that initially seemed simple, before providing financial participation?

In addition, Cap Excellence’s main argument for “handing over” the matter to the major communities cannot be accepted. According to this agglomeration community, the Centre des Arts et de la Culture de Pointe-à-Pitre does not belong to Cap Excellence but to the whole of Guadeloupe, even though it is located on its territory. This explanation could be understood when this establishment was built in the 1970s and until 2000. Today, the predominance of the CAC no longer exists, several towns have concerts halls, communities centres and houses of culture offer courses in music, painting, singing and other artistic disciplines. And nothing proves that the whole of Guadeloupe will want to come back to Pointe-à-Pitre (except for the Dimanche Gras), a depopulated central city… We have to face the facts : the Centre des Arts et de la Culture is no longer the motor of the city of Pointe-à-Pitre and it is not sure to become so again. 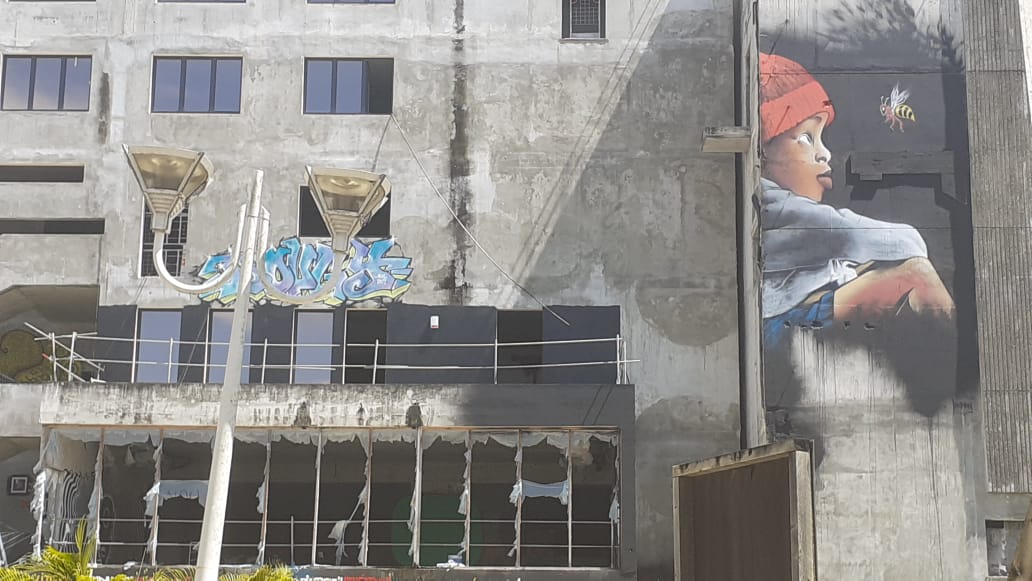